Announced in 2019, the sequel to 2017’s The Legend Of Zelda: Breath Of The Wild is set to make its way to the Nintendo Switch next year.

It’s one of the most anticipated games for the console but so far, the studio are keeping details very close to their chests – after years of development, they’ve only just revealed the official title, The Legend of Zelda: Tears of the Kingdom.

With this in mind, we’ve put together a guide on everything we know so far. This will be updated with the latest announcements when they come through.

When Can We Play Breath Of The Wild 2? 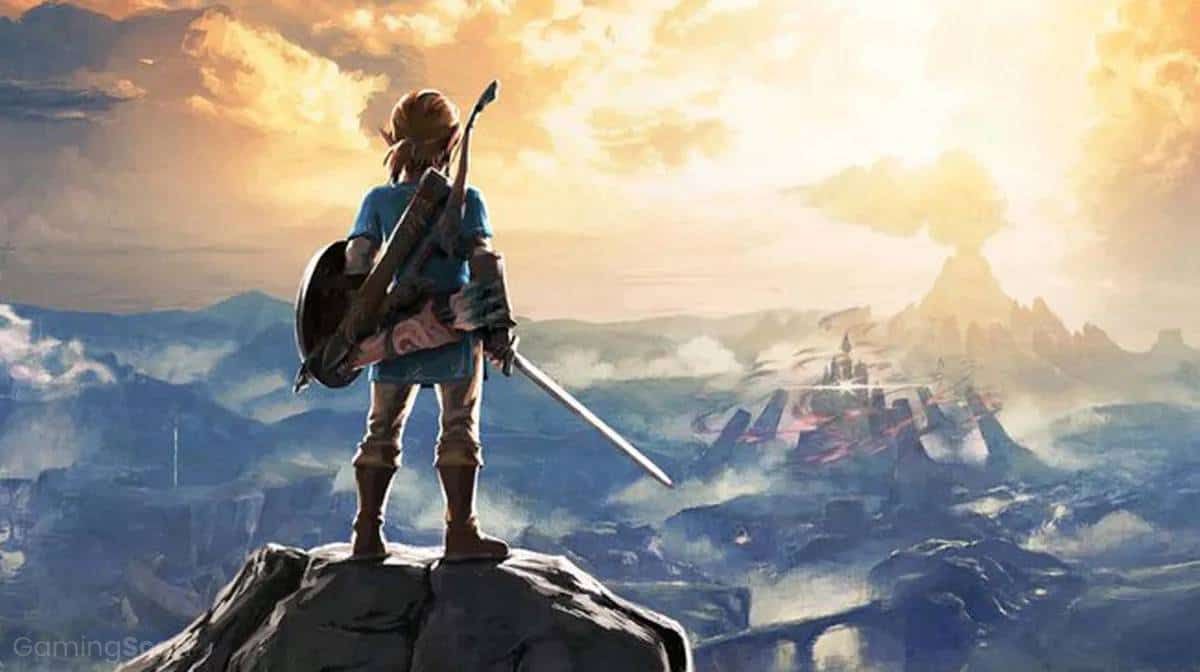 Although Nintendo previously announced that the Breath of the Wild sequel would premiere in 2022, at Nintendo Direct in September 2022, they revealed that the game would be making its debut on the Nintendo Switch on 12th May, 2023.

The Legend of #Zelda: Tears of the Kingdom launches on #NintendoSwitch 5/12/23. #NintendoDirect pic.twitter.com/qkGnFYFXNs

The first full trailer released after the game was given its official title premiered in September 2022. The enigmatic promo explored more of the air-bound gameplay developers have promised fans to expect this time around (more on that below).

The trailer also opens with mysterious cave paintings highlighting the relationship between Zelda and Link – could these possibly hold more hints to the storyline, which is still being kept tightly under wraps?

Before this, a very vague teaser trailer debuted as part of Nintendo’s presentation at E3 in 2021, highlighting some of the gameplay and a more expansive world as we return to Hyrule.

However, one intriguing aspect is the sight of a splashed puddle reverting in time, the score to the trailer also sounding like it’s playing backwards. Is this going to factor into gameplay, and give us Zelda’s answer to Tenet?

It couldn’t have been more different from the first teaser, released back in 2019. That dialogue free sequence suggested a story more confined to the dungeons – with many fans believing one shot teased the return of Ganondorf to the universe.

What’s The Story Of Breath Of The Wild 2? 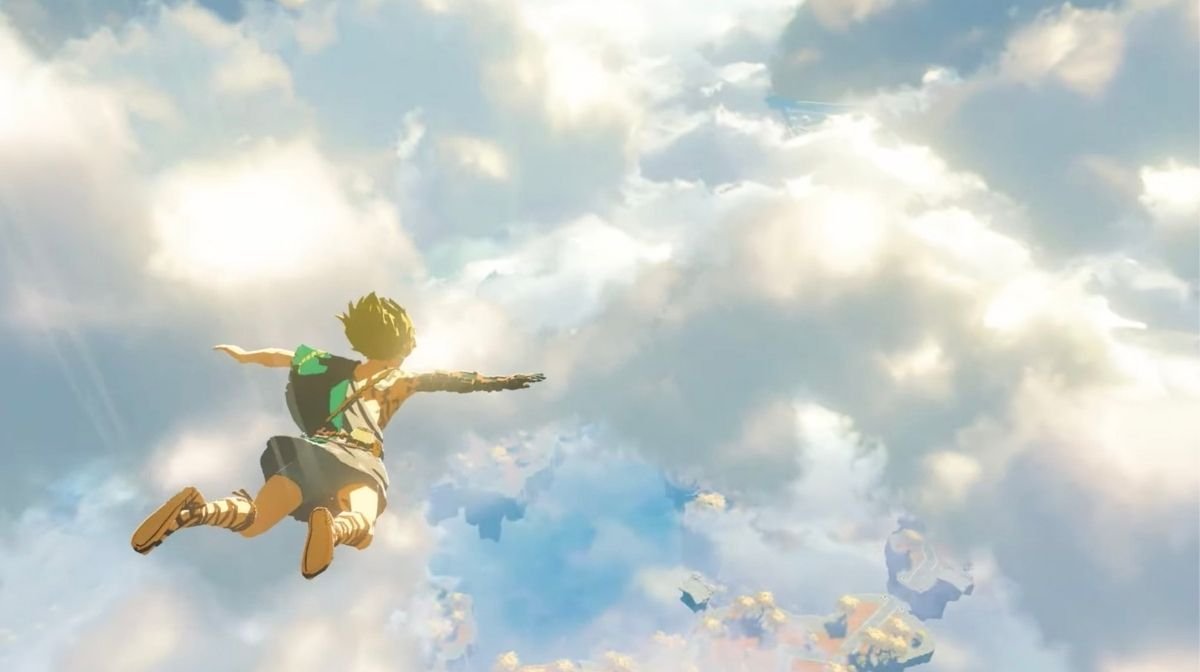 Nintendo love a mystery, which is why we’re going off guess work for this narrative. So let’s go back to that first trailer, where we see Link and Zelda riding a large beast in the dungeons, shocked by the resurrection of some creepy warrior.

This is immediately followed by a cut to Hyrule Castle, the sound of a tremor, and the building getting smothered with dust. Does this relate to the possible time travel theme? We’ll have to wait and see. 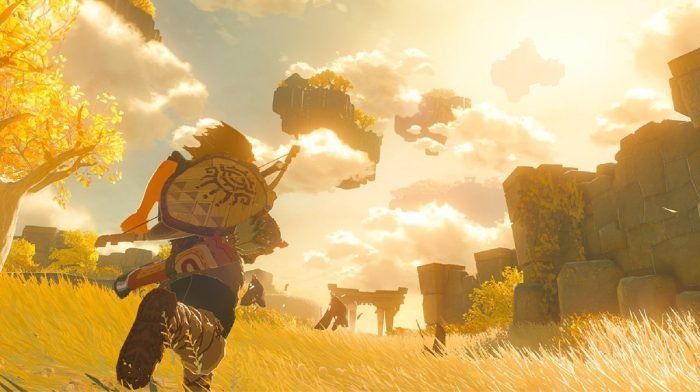 As with the storyline itself, when it comes to the gameplay, all we have are rumours.

The most recent teaser takes us further up to the skies, with shots of paragliding. But a bigger tease was unveiled in December 2021, when GameReactor found that Nintendo had taken out three patents for gameplay mechanics.

The first patent is “to perform a special action” while a character is falling, such as “shooting a predetermined object.” In that E3 trailer, we can see something in this vein around 25 seconds in. 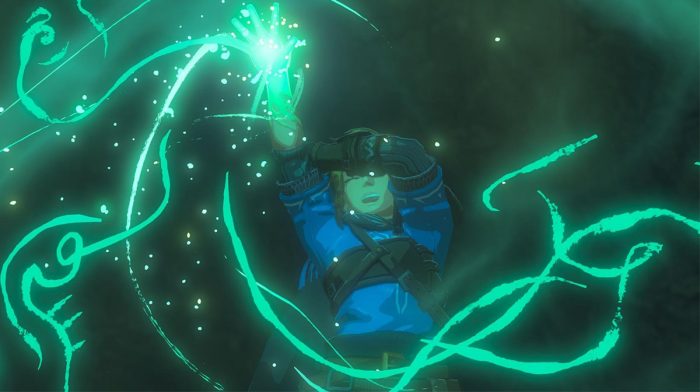 The second patent is: “A designated object selected based on an operation input is caused to perform return movement to return to previously recorded positions and orientations, sequentially backward from the time of giving a start instruction based on the operation input.”

In layman’s terms, this suggests you can focus on an object and reverse its trajectory – an example being Link pushing back the spiky balls around 44 seconds into the trailer. 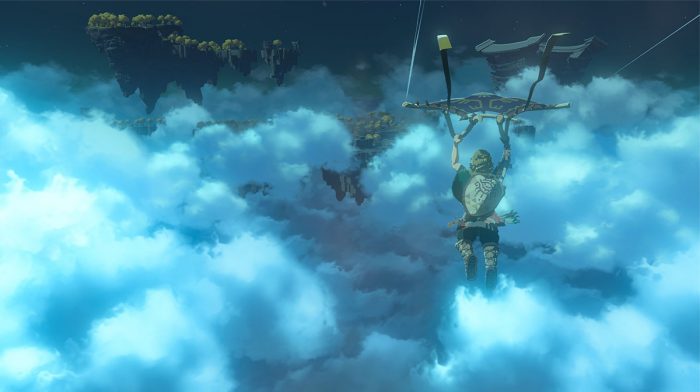 Last but not least, Nintendo have patented a scenario “in a virtual space including at least a player character and a terrain object” – which seems to refer to a player allowing their character to move through the terrain object above them.

Around 50 seconds into this trailer, we can see Link travel through a stone bridge and appear on top.

None of these patents or their implications on gameplay have been confirmed by Nintendo – but we have a few hints as to how they’ll work in practice.

Shop our range of The Legend Of Zelda merchandise here.