With his last film, 2017’s The Florida Project, Sean Baker earned a reputation as one of America’s most humanist filmmakers.

At times it makes for uncomfortable viewing, but as our deeply unlikeable lead strays further away from his former glories, the funnier the film becomes.

It’s a tricky tonal balance to achieve for any director – and for an actor, the kind of role that could kill a career overnight. But when initially conceiving the film several years ago, Baker only ever had one man in mind. 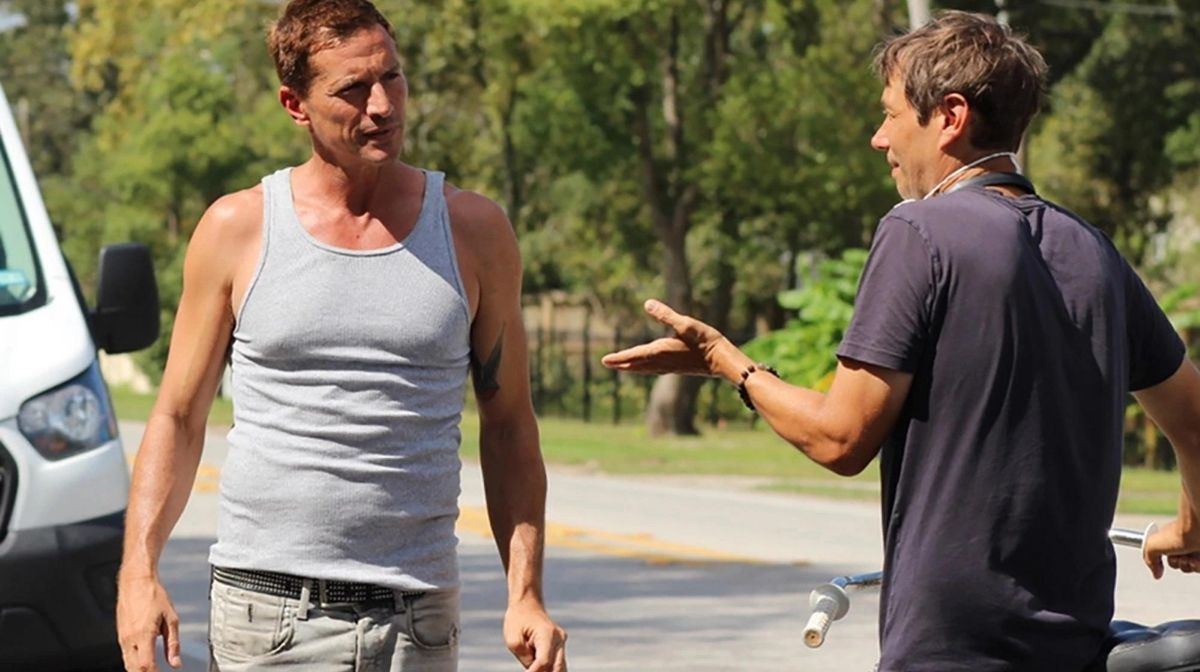 “I texted my producer at the time saying if we ever make this film, it’s going to be this guy”, Baker told Zavvi, “and I sent him one of Simon’s Vine videos. They thought it’d be a strange casting choice, but I knew he’d be right for the role even back then.

“I remember when he first broke back as a VJ on MTV in the nineties, and he has consistently entertained me throughout the years, from showing up in Scary Movie, to his Dirt Nasty rap album, and becoming a presence on Vine in the 2010s.

“There’s something about how he’s found ways to stay relevant on new platforms that made me feel like he was a survivor in this industry, and around those Vine years, I realised he deserved more – Hollywood wasn’t serving him right and he needed meatier dramatic roles.”

As with Baker’s previous films, the rest of the ensemble cast was found largely through on-street casting; seeing non-professional actors whilst out and immediately sensing they had what it takes to be in a movie. This is how Baker found his leading actress. 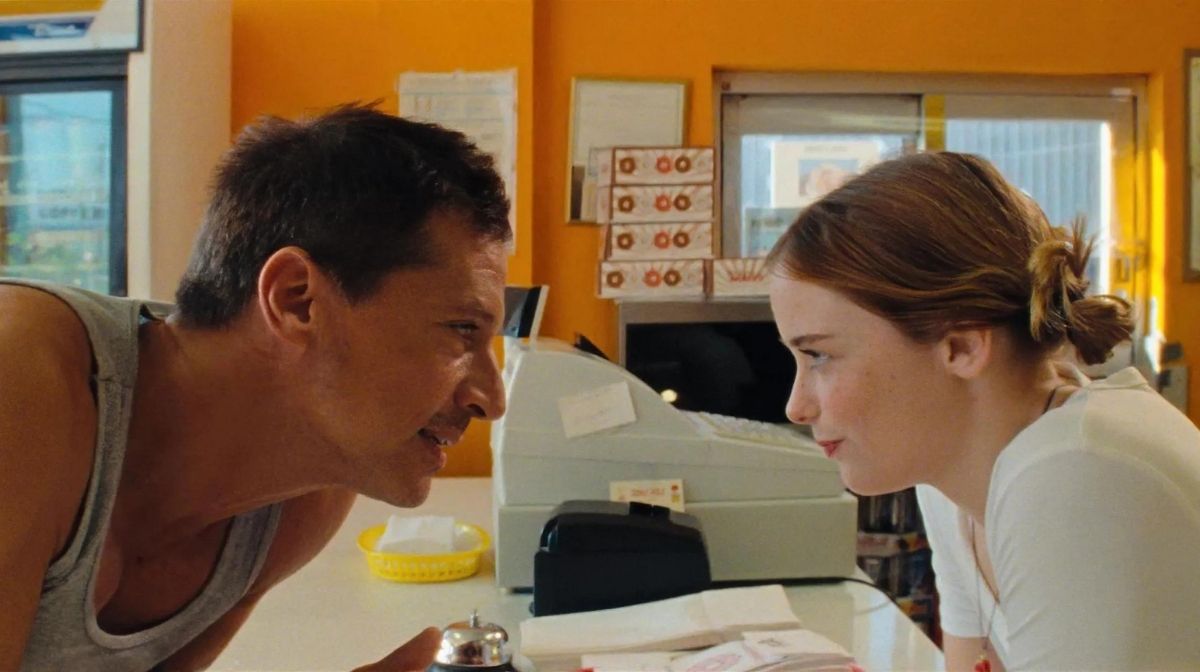 “It’s never like you’re hunting and seeking people out. As a cinephile who is intrigued by what makes a star, I’ve always been trying to find that ‘it’ quality that people want from actors on the big screen – and a lot of the time, that’s just seeing somebody on the street and thinking that I’d love to watch them on-screen for two hours. I always hope that I’m thinking like an audience member would!

“When I come across someone like Susanna, it’s like a responsibility to take that plunge, test the waters of her movie star ability. My wife and I first saw her across the lobby at the Arclight Hollywood, that famous dome from Once Upon A Time In Hollywood, and we both looked at each other and thought if she isn’t already a star, she’s about to be.”

Son was a musician, and Baker had written a sequence so she could show off her talents as a performer. But it wasn’t until a week before shooting that they found the perfect song for Strawberry to cover, which unexpectedly became the film’s defining anthem. 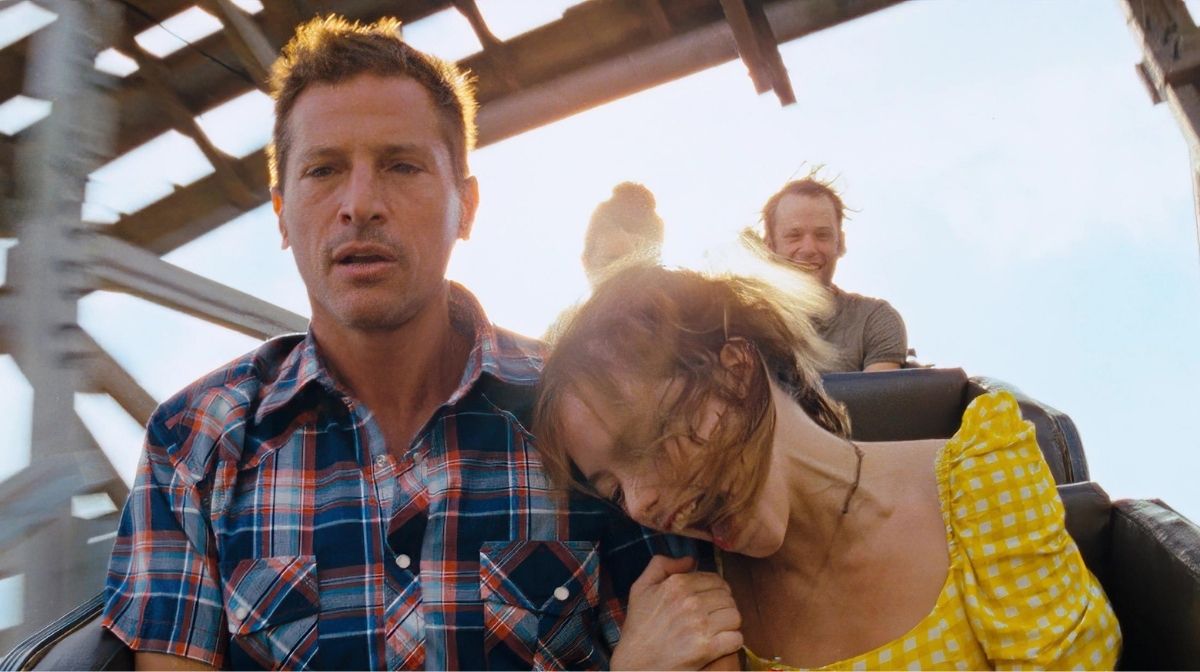 “To tell you the truth, the very presence of a song didn’t factor into the film until very late in the game, and a text thread was going around the crew to find the perfect song that would be lyrically fitting.

“One night, when driving by the refineries for inspiration, it came to me: *NSYNC’s Bye Bye Bye, it’s the biggest, best, and most iconic.

“But we couldn’t secure the rights until post-production, which was a gamble, so we had to record a safety back-up of Susanna performing one of her original songs – but my wonderful musical supervisor Matthew Smith made it happen, all five members of *NSYNC signed it off, and it’s now become this anthem for the movie. I can’t imagine the film ever existing without it.” 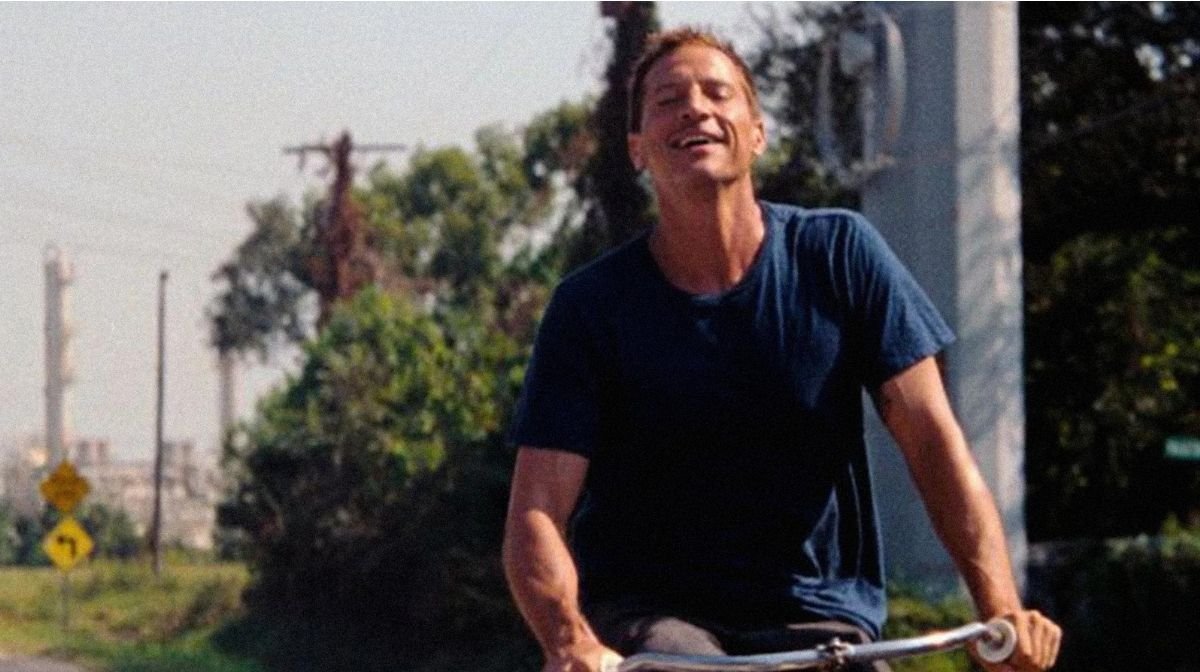 Even though Baker’s firmly established himself as a major filmmaker thanks to his previous work, he’s discovered that it’s actually got harder to find new actors over the years.

“In the past it was easier doing street casting because of physical media. I could get DVDs from my backpack and say these are my credentials. Now it’s different, as not everybody has a player, you have to awkwardly ask people if they can IMDb you!”

The idea for his latest initially formed while making that first film set in this world, and cemented his interest in telling stories about it. 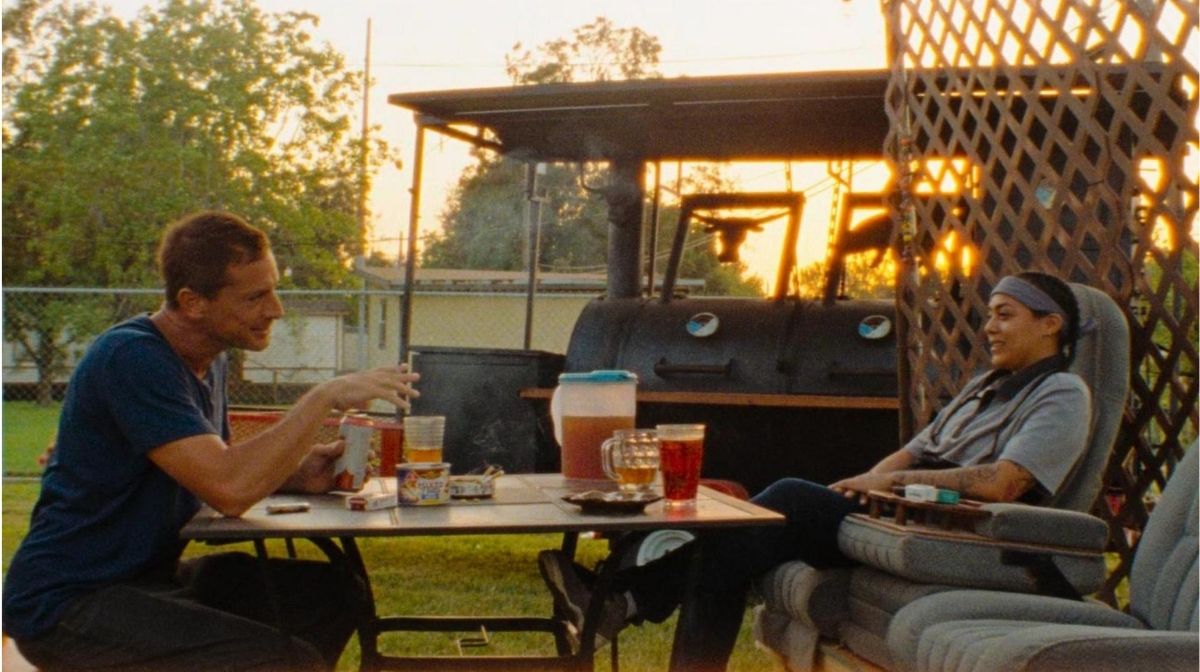 “It was making Starlet, where I really became interested in these characters, as that was where I met these Mikey Saber types that inspired Red Rocket; all of his rants in the film come from my research and spending time with these men.

“Sex work is famously known as the world’s oldest profession, yet we still have a stigma applied to this world, which is unfair.

“I’ve always believed it should be decriminalised, and if I can tell stories that humanise and chip away that stigma, that’s certainly a goal.” 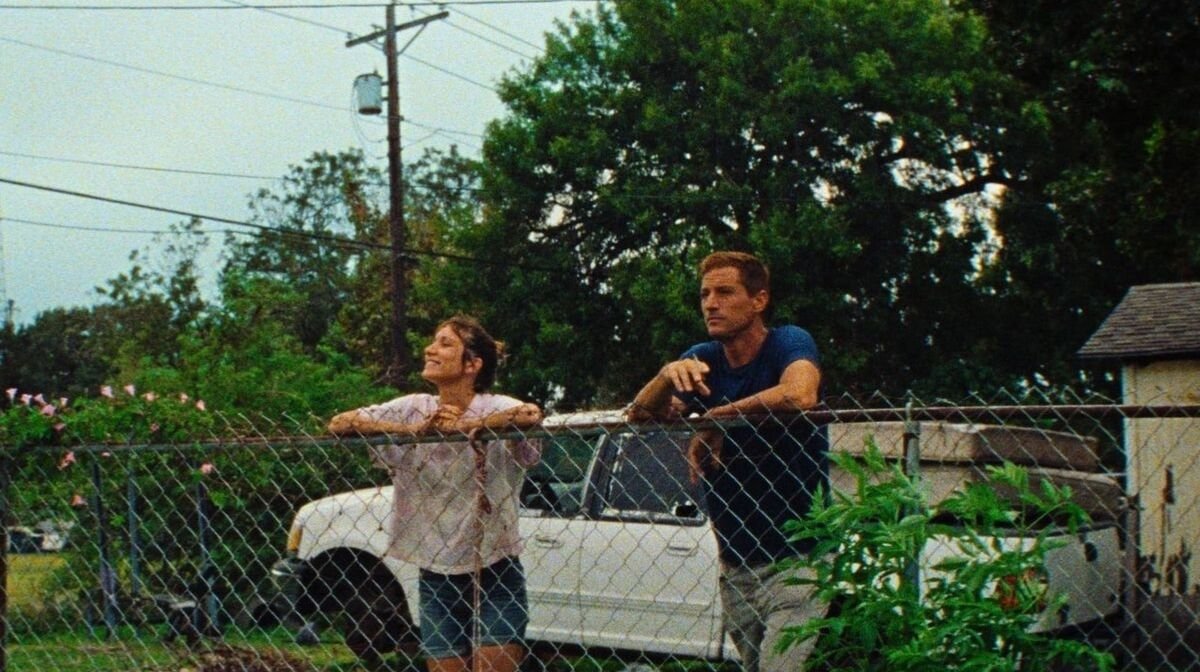 Baker’s next film will be another small, independent production, which is just the way he likes it: “I want no studio notes, no test screenings – I hate nothing more than those. Whenever I hear a movie has been test screened I think, well, that sucks – I want to see the director’s vision, not the audience’s!”

However, he has got a larger passion project in the works – a film about the opioid crisis he’s been researching extensively since early 2018.

“It’s a passion project of mine, but my only concern is when it will be the right time to tell that story. Not only is it a harder film to shoot during the tail end of a pandemic, it’s also a subject matter that’s harder to put out into a world that’s so polarised. 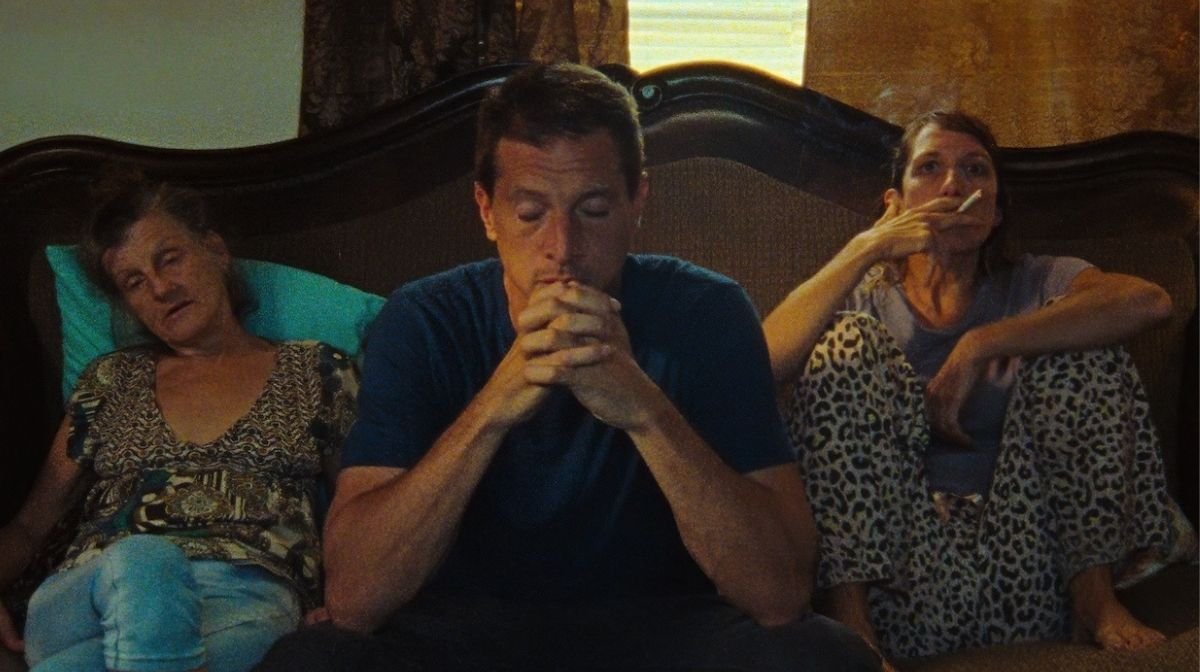 “I’m asking audiences to rethink what they know about drug use and drug policy, as it’s about harm reduction and decriminalising drug use, and because of our geopolitics, it’s going to be at least another couple of years until we arrive at the point where we can make it.

“Red Rocket inspired me in a way where I want to make another small film like it next, but I will eventually get to telling this story.”

It’s safe to say, it will be completely different to his darkly laugh-out-loud hilarious latest.

Red Rocket is in UK cinemas from 11th March.