Hitting cinemas this Friday, writer/director Keith Thomas is set to make a splash in the horror genre with his unnerving feature debut The Vigil, produced by none other than Blumhouse Productions.

The chilling horror follows Yakov (Dave Davis) as he watches over the body of a deceased member of his former Orthodox Jewish community, finding himself being targeted by a malevolent entity.

Having attended a rabbinical school, then going on to work in medical research, Thomas’ journey to filmmaking isn’t exactly conventional, but he used experiences from both to inform the script.

Zavvi chatted to Thomas about his path to The Vigil, the tie between religion and horror, and his next project, an adaptation of Stephen King’s novel Firestarter, also produced by Blumhouse.

Zavvi: So how did the project start? Where did the idea for the story come from?

Keith: I grew up Jewish and I ended up in New York at a rabbinical school after college. I’m not a rabbi, but I studied there and was very interested in mythology and theology, so that’s when I first learnt about the shomer – the person who watches the body.

That concept always stuck with me so when I came to write The Vigil I thought, no one had made a movie with that setting and I thought it’s scary, someone should do something with that. So I poured all the stuff I had learned into this, making it as authentic as possible, but also staying true to being a horror film. 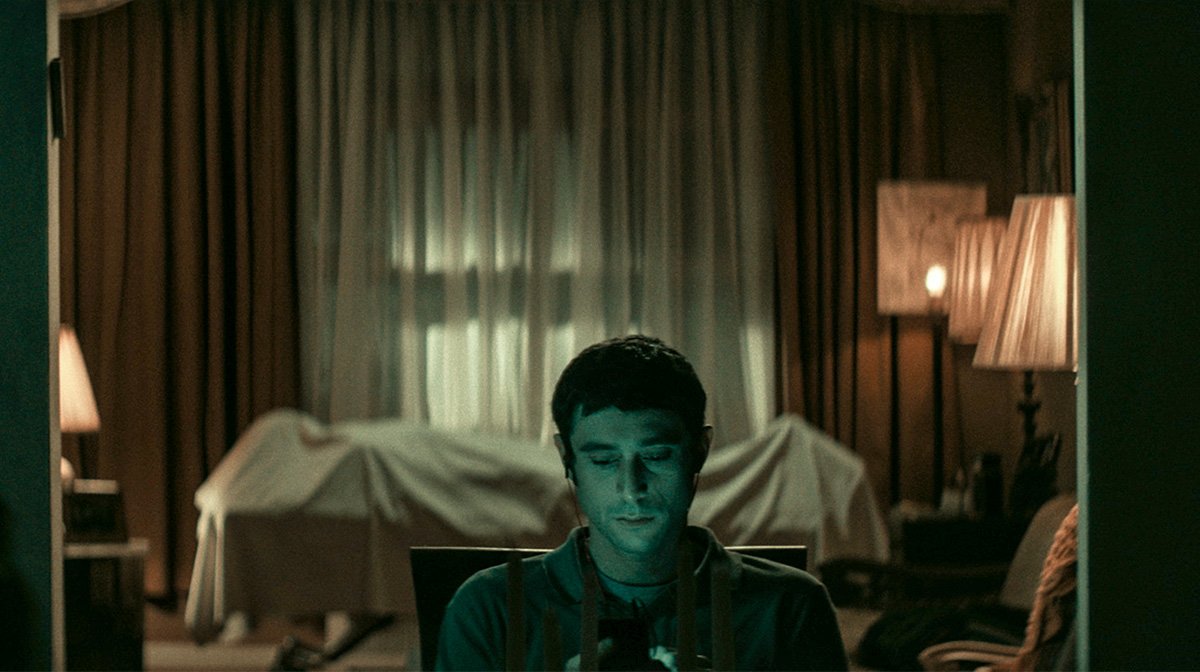 Zavvi: And it’s your first feature. Were they any unexpected challenges?

Keith: One thing I didn’t anticipate was I wanted to film in these actual Hasidic communities, and I had been told beforehand they might not be that welcoming, as they will want to know what you are doing.

So the suggestion was we go guerrilla style, but it wasn’t the look I wanted.

Once we got there the communities started surrounding the set, but luckily I had a couple of rabbis on hand who could explain what we were doing. How the communities would be reacting and interacting with the set was something new. 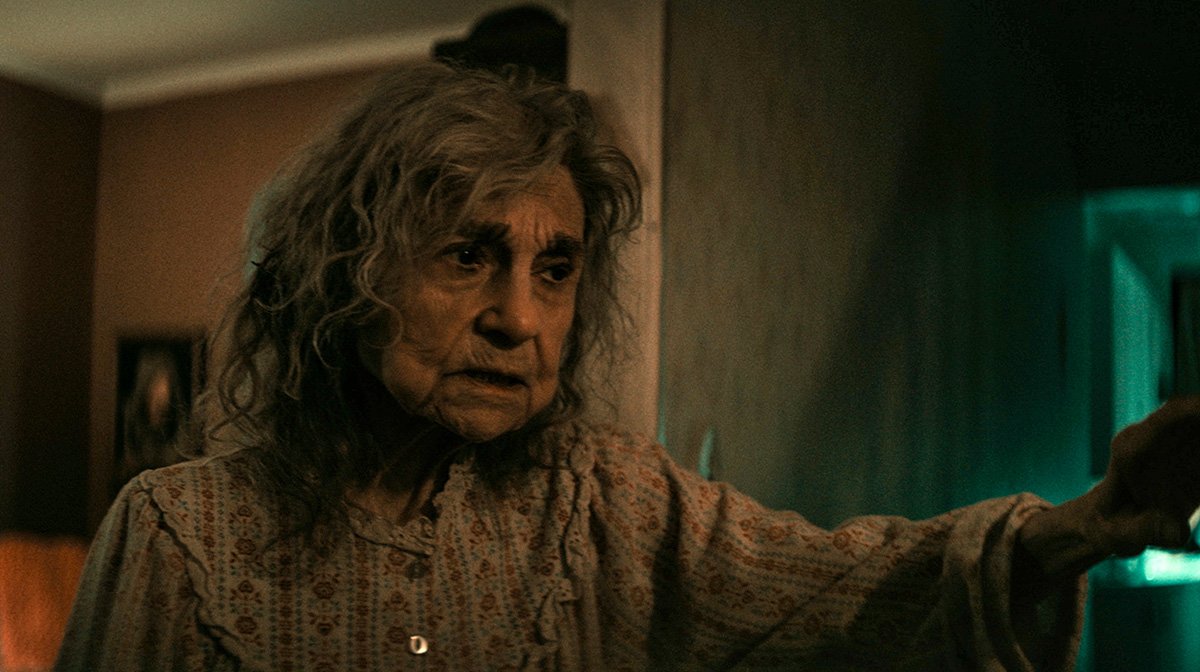 Zavvi: Have you always wanted to make a film? You mentioned you went to rabbinical school, and you are also a novelist?

Keith: Yeah, and I actually had a career in clinical research too. This is like my second life!

I had an interest in film in high school, I wanted to be a director but I had no idea how I could do that, so I didn’t pursue it.

It wasn’t until much later, after I had been a writer and started writing screenplays for about ten years, through that I got enough understanding to think I could try do this myself, so I made a short film and that led to The Vigil. 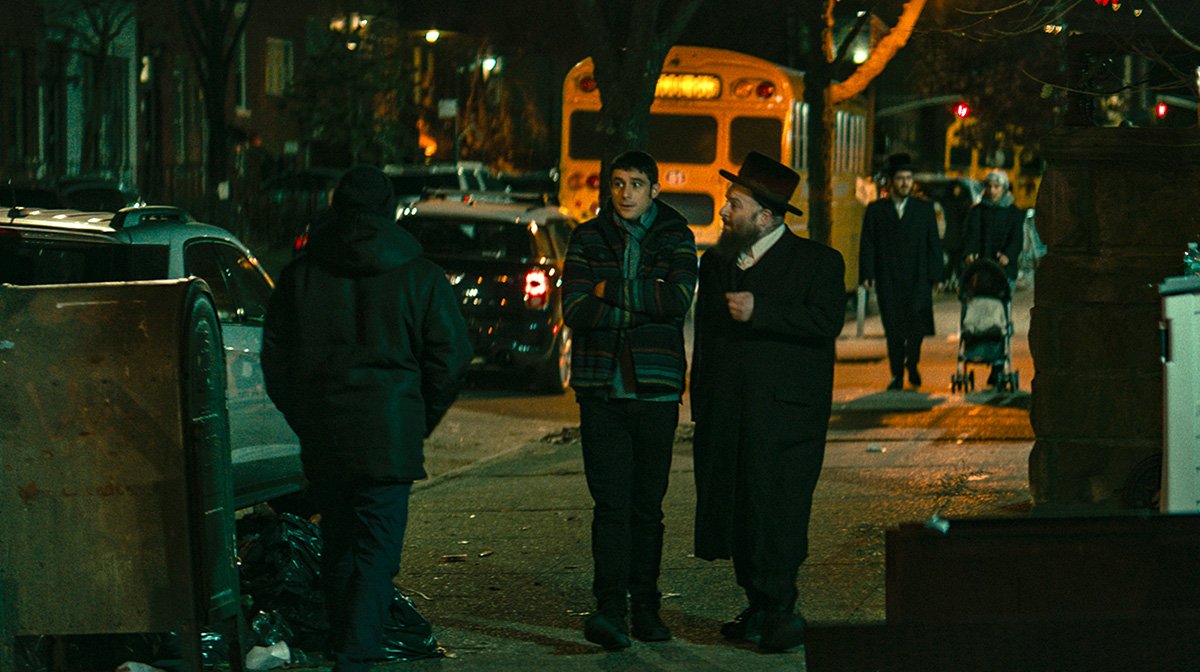 Zavvi: And did your medical experience come into play in the film? I know one of the characters has Alzheimer’s.

Keith: Yeah. A lot of my research was in nursing homes where I worked with people with dementia and Alzheimer’s, so a lot of her character, the house and the feel came from that experience. 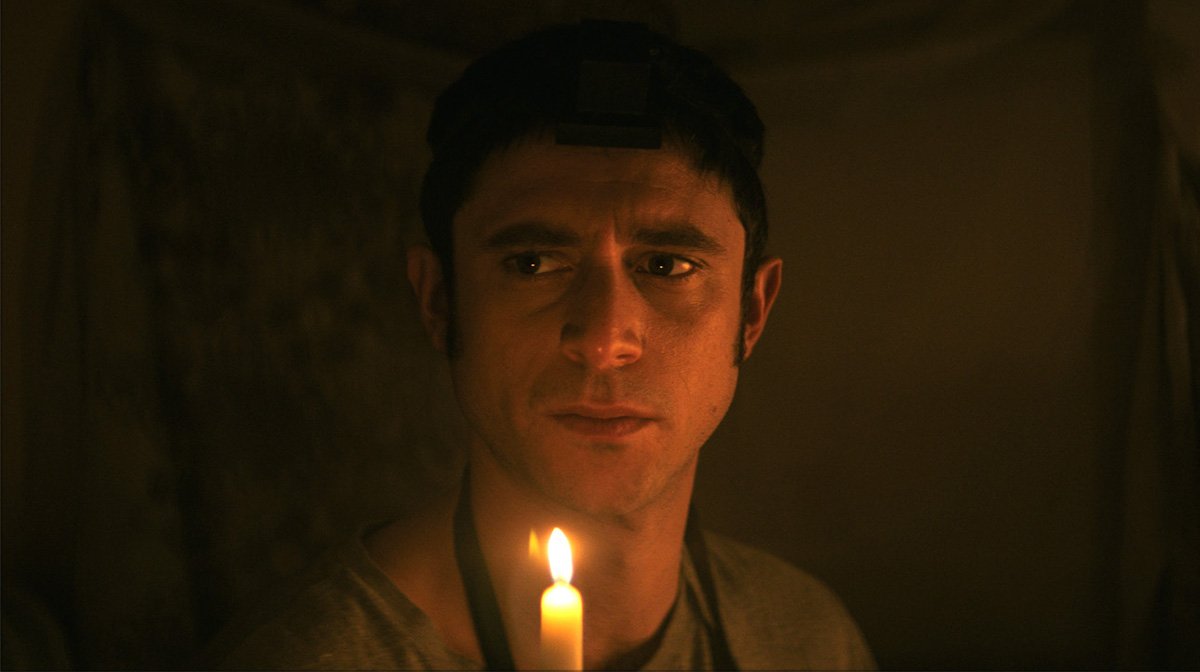 Zavvi: So in cinema there has always been a connection between religion and horror, from The Exorcist to Under The Shadow. Why do you think horror is such a good genre to explore religious themes?

Keith: Horror often has a supernatural element, there’s ghosts and demons, it has to do with the afterlife.

People are fascinated by that, what happens after we die, and it seems almost intrinsic to horror that religion will play a role as it’s like the guide for us to navigate those difficult questions.

For me, I had seen a lot of religious Christian iconography, so I wanted to do something from a different perspective. 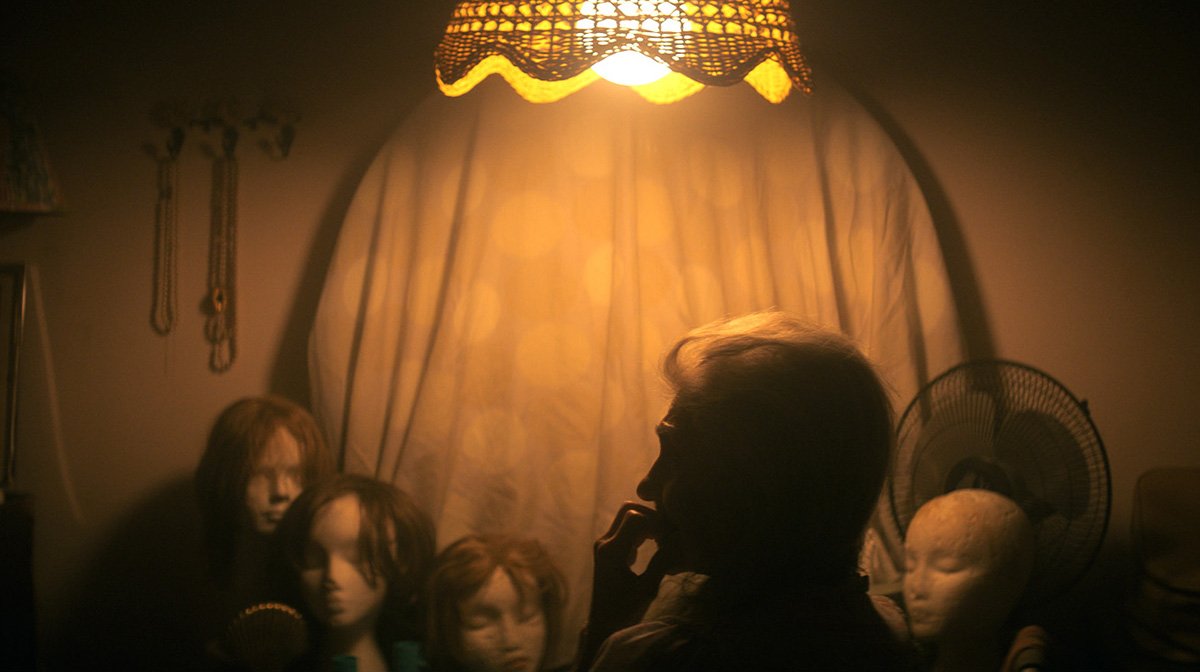 Zavvi: It is quite an emotional movie, all about confronting the past, and we also have that anti-Semitic hate crime, which I understand is something you witnessed yourself?

Keith: Yeah, when I was in New York I saw some guys harassing a young Hasidic boy. It was’t quite as violent as in the film, but it was shocking enough and what was most shocking was how nobody did anything, including myself. I was a bystander and felt a lot of guilt after.

It also made me think about what did it do to that boy? What is his impression of the world after that? It explained a lot as to why communities bunch together and isolate themselves. 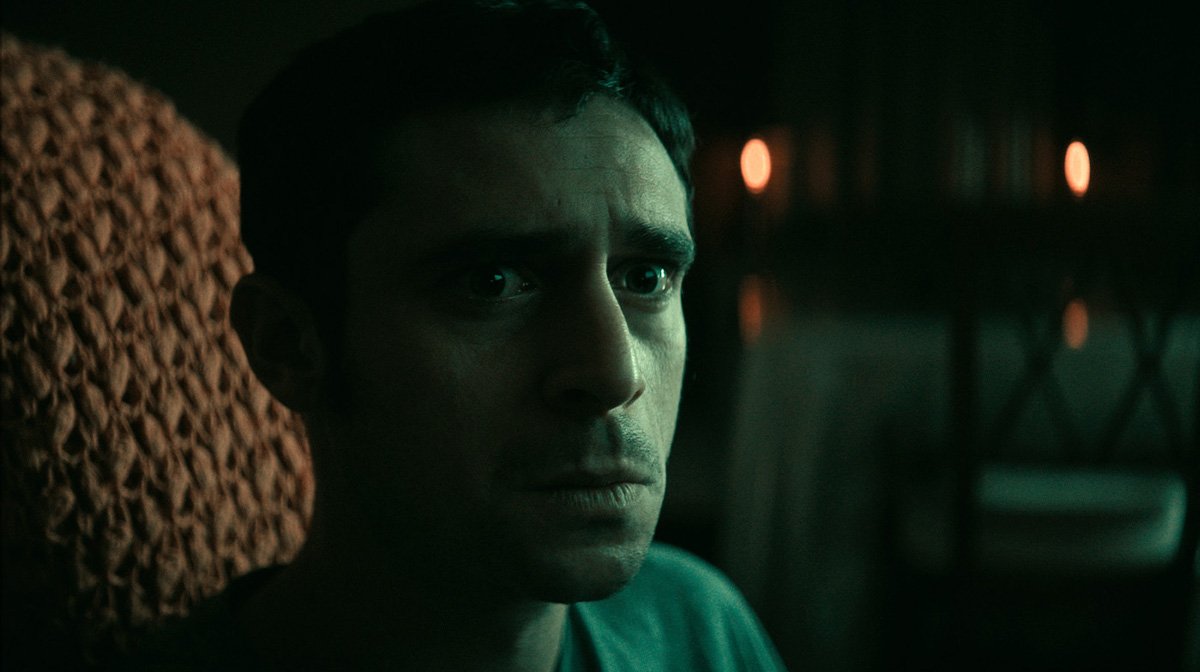 Zavvi: Dave Davis is great in the lead role. What about him made you think he would be perfect?

Keith: It’s funny, I had seen him in movies for years, like he’s in Logan but I didn’t recognise him as he is chameleon like, changes his appearance. When we were casting The Vigil, I just happened to have watched this movie called Bomb City where Dave has this three-foot green mohawk.

I looked at his face, and I saw something really emotional and I said, that’s the type of actor I want. I told the producers and they said just contact him, so I did, and he read the script, loved it, and turns out his family have a similar background to mine, and we bonded over that.

I had told producers there are three locations in this movie: New York City, the house and the lead character’s face, that’s where the camera was going to be, it was going to be mostly wordless so I needed that performance, and Dave is just an expert at doing that. 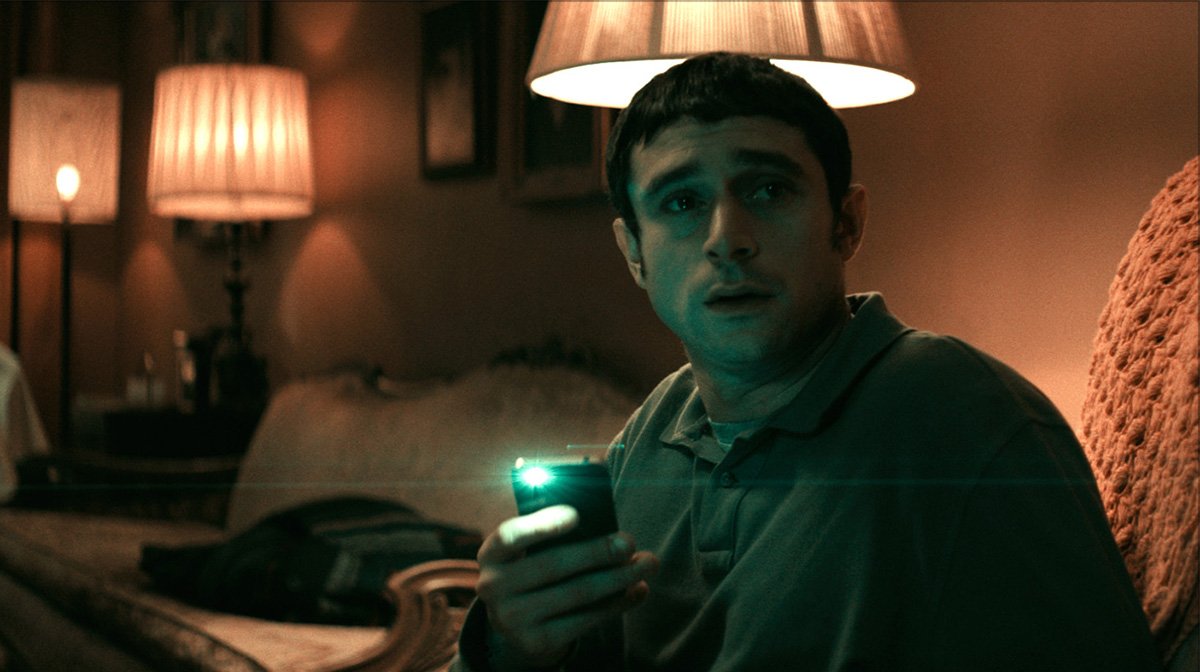 Zavvi: You must have been excited when Blumhouse came on board?

Keith: Yeah, I have been a fan of them for a long time and after our premiere at TIFF, I was at Fantastic Fest and I got a call saying Jason Blum wanted to talk to me.

I met him and it was amazing to be in his office, and talking about The Vigil. 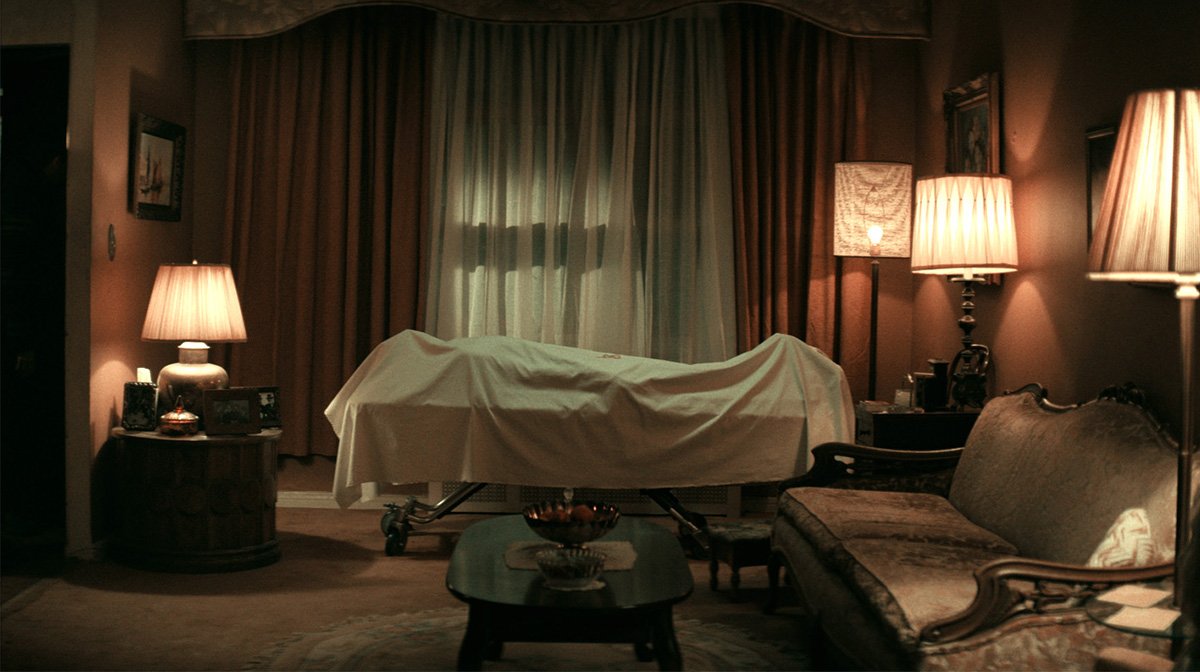 Zavvi: And I believe you are working on a Stephen King adaptation next?

Keith: Yes, that’s also with Blumhouse and it’s Firestarter. It’s a new adaptation of the book.

When Jason pitched it to me it was exciting, as that’s one of my favourite Stephen King novels, and whilst I really like the 1980’s film, I felt we could do something new.

The screenplay is by Scott Teems who wrote the upcoming Halloween Kills, it’s an amazing script. It has everything you would want, people’s heads catching fire and their faces melting off, and a dad and daughter on the run trying to survive being chased in this heightened tense experience. We are hoping to film it this year, and it will be a lot of fun. 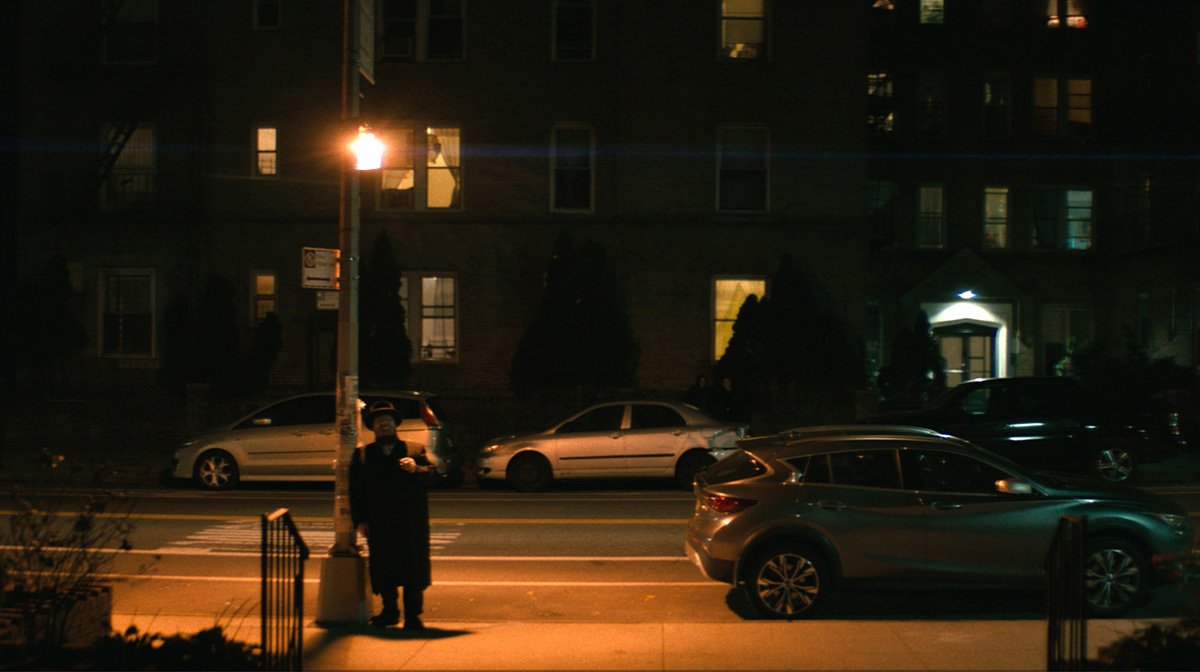 Zavvi: And it must be exciting for you, as a Stephen King fan?

Keith: It was not anything I expected when chartering the course of other projects after The Vigil. It’s both humbling, and really exciting. 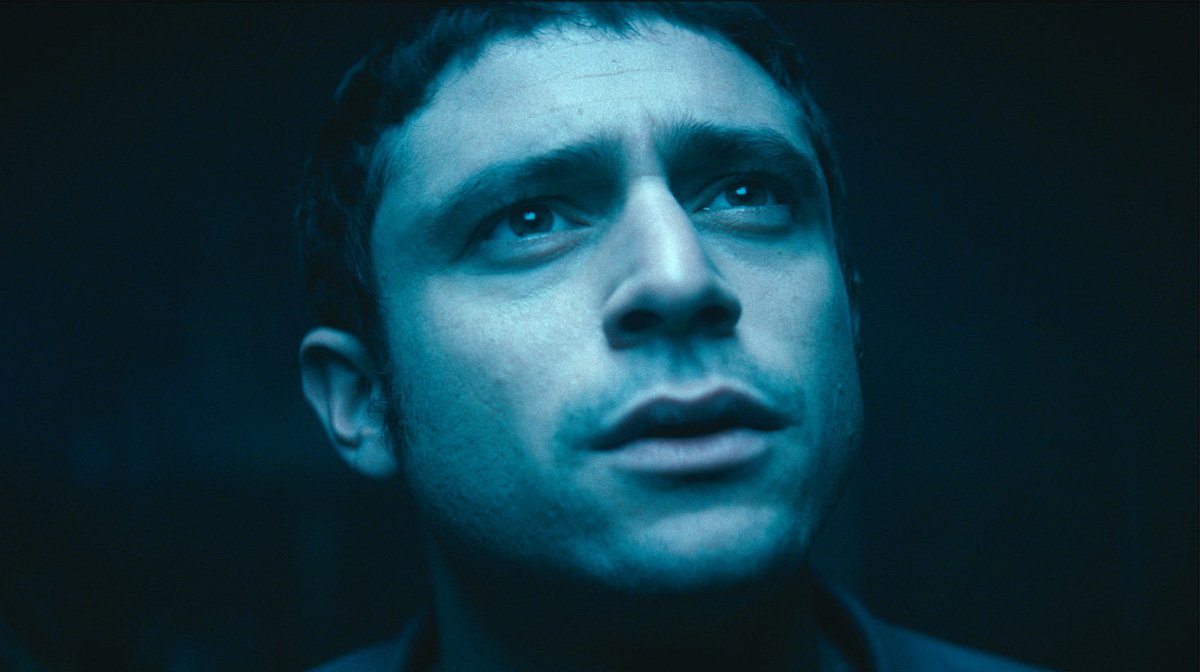 Zavvi: And does he have much involvement in it?

Keith: He does to a certain extent. He watched The Vigil, approved me as director and he read the script from the early stages, and he’s very happy with it. He’s excited for it, he’s there the whole way.