Although Ruben Fleischer was the seventh director in line to helm the big screen adaptation of beloved video game franchise Uncharted, for the filmmaker it felt as if his cinematic journey had come full circle, as he told Zavvi:

“As a young kid growing up in the ‘80s, the movie that made me fall in love with cinema, planting the seed that one day I might be lucky enough to make films, was Raiders Of The Lost Ark. I think the folks who created Uncharted were also massive fans of that franchise, and the treasure hunting adventure genre. 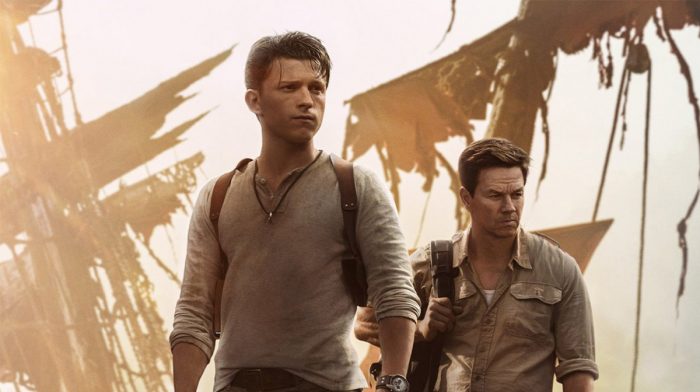 That’s what Uncharted aims to do by bringing the adventures of treasure hunting duo Nathan Drake (Tom Holland) and Victor ‘Sully’ Sullivan (Mark Wahlberg) to the big screen.

However, it’s no secret that the journey to this film has been a long and winding road, one blocked by numerous obstacles for the studio to overcome, ironically almost like video game bosses to fight.

First announced in 2008, the project went through numerous iterations and, as mentioned above, seven filmmakers including David O. Russell (The Fighter), Neil Burger (Limitless) and Travis Knight (Bumblebee). 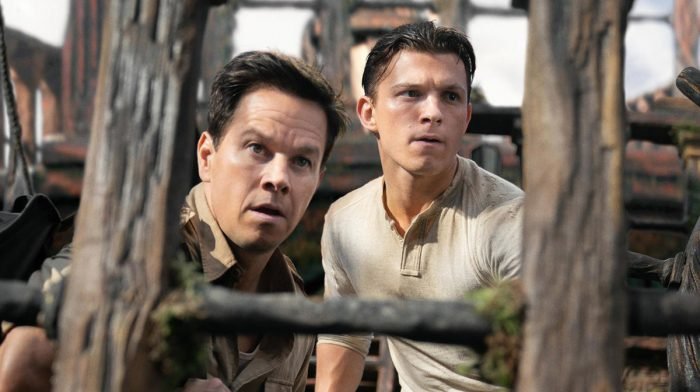 The troubled production didn’t intimidate Fleischer though when Sony Pictures approached him about the project, focusing instead on the screenplay which had been born out of it. As he told us, this made deciding about whether to take it on easy:

“I don’t have a lot of insight into what the production was like before I got involved, but what I can speak to is that it resulted in what for me is an incredible script. I was reading these action scenes, imagining how I’d bring them to life on the screen – it was so inspiring.”

Video game adaptations as a whole don’t exactly have the best reputation. Whilst there are several successful examples, for instance most recently Sonic The Hedgehog and Detective Pikachu, the sub-genre is notorious for not living up to expectations. 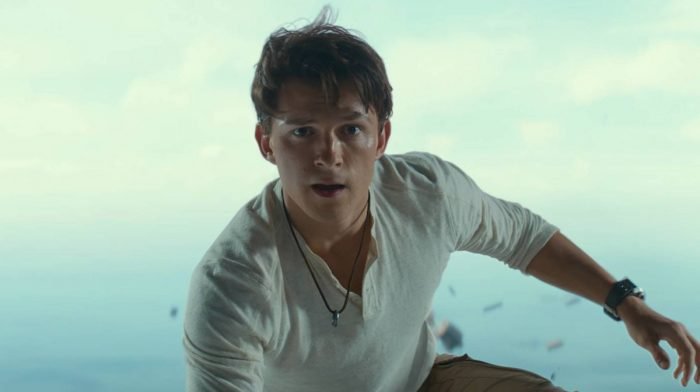 However, this also didn’t trouble Fleischer who wanted to approach his film differently, avoiding the problems he feels other adaptations have faced in the past:

“A mistake some video game movies have made is trying to recreate the games one-for-one. Because games these days are so cinematic and immersive, when you play them it’s like you are starring in your own movie. So, watching a rendition of the same thing can be tedious when you have already had this experience.

“That’s why it was important to us to tell a chapter of the story that hadn’t been featured in the games, and was inspired by them but not a carbon copy.”

For Fleischer then, it was all about balance – he wanted to capture the spirit of the games rather than directly adapt them piece by piece, so that the movie would feel distinctive, whilst also staying true to the beloved franchise. 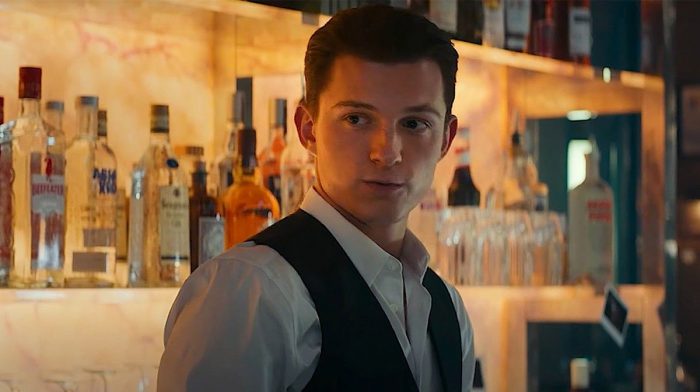 The director was aware that he couldn’t stray too far as he was indebted to both the games’ creators and fans. Luckily his work on previous movies prepared him for this:

“It’s really tricky when you are adapting beloved material, and I had that experience too on Venom – there was a rabid fanbase who were protective of what they loved and didn’t want to see it corrupted on screen.

“There was a responsibility there but at the same time, you have to make it fresh, distinctive, original and compelling in the medium you are working within.

“We were making a feature film, so it had to work as such. It also had to stand alone – working for audiences who had played every game and for those who hadn’t heard of it.” 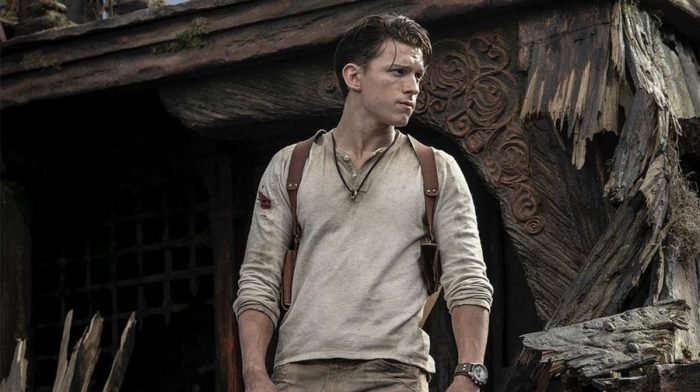 To achieve this, the story is set before the events of the games, almost acting like a prequel to them. We meet Nate and Sully as they team up to search for Magellan’s gold, a fortune that was lost 500 years ago by the House Of Moncada.

There have been several popular fan castings of the duo in the past, most famously Nathan Fillion as Drake, with the actor going on to make a short fan-film adaptation in 2018.

However, with this adaptation featuring a much younger duo, the studio took a different direction casting Holland and Wahlberg, an announcement which received some backlash at the time. 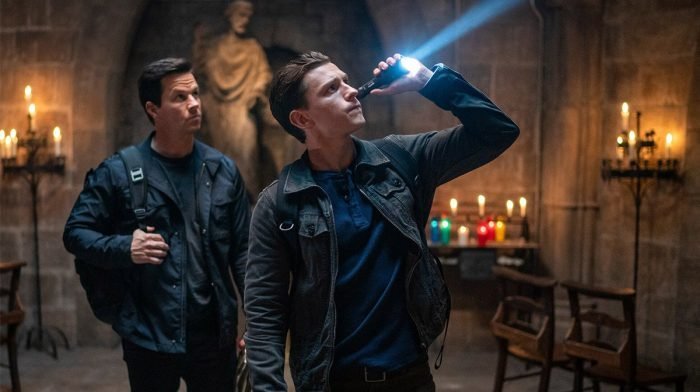 The pair were already signed on when Fleischer joined the project, and so the director immediately reached out to them to discuss their thoughts on where to take the characters and story.

With Holland, Fleischer was in agreement that his take on Drake had to stand completely apart from another beloved character the actor had brought to the big screen:

“It was really important to us that we distinguish Nathan Drake from Peter Parker, both physically and with his attitude. So, Tom got really big for this movie, he’s massive, and took a lot of cues from Drake’s attitude in the games – he’s a cocky, funny guy with swagger.

“Tom’s a huge fan of the games, and it was his idea to play him. He brought this version of Drake to Sony that channelled the spirit of he character, whilst not doing an impression of what had already been done in the games.” 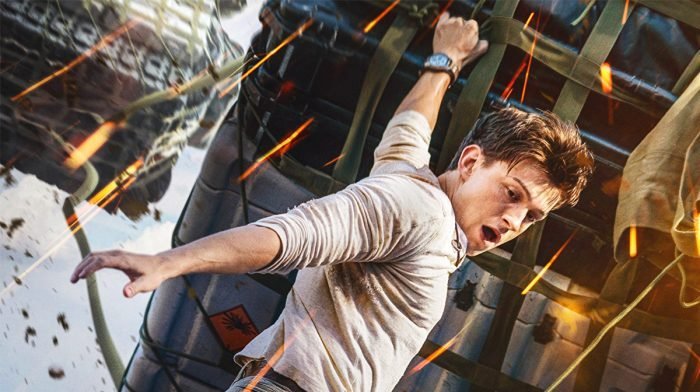 Interestingly, when this project was in the early stages of development a decade ago, it was actually Wahlberg who was set to play Drake – of course, he ended up instead portraying Nate’s mentor and father figure Sully.

Fleischer thinks that whilst Wahlberg would have made a good Drake, things did work out for the best, especially when Holland was cast with the film drawing on their natural dynamic:

“Mark has many of the same qualities Drake has – really funny, confident, incredible at action – but when we spoke about it, he was really happy it worked out the way it did and he got to play the more experienced, older character, leaving the stunts to Tom. 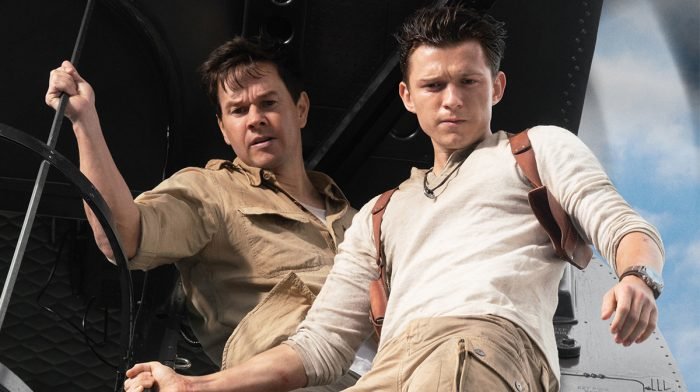 “There was a natural parallel between the two. Nathan is younger, less experienced, very excited – like Tom. Sully is wiser, more experienced, and somewhat jaded – like Mark, who has been doing this a long time.

“Both on and off screen they closely mirror their characters, and so as soon as we started filming, that chemistry was instant. So much was cultivated in moments on set, with tonnes of improvisation, as they made the characters their own.”

Of course, Nate and Sully aren’t the only ones on this treasure hunt, with fellow fortune seeker Chloe Frazer (Sophia Ali) and mercenary Braddock (Tati Gabrielle) also chasing the pot of gold. 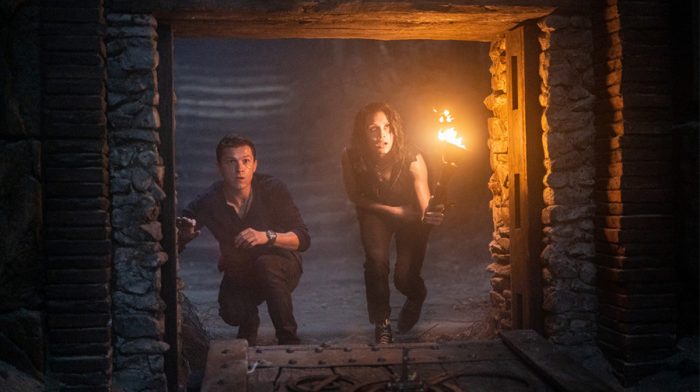 The villainous Braddock is a new addition to the Uncharted world, although Gabrielle drew inspiration for her mercenary from the games, as she told us:

“I started playing the games when I joined the project. I saw Braddock as inspired by Nadine and Rafe put together – I don’t know if that is what the writers were necessarily going for, but that’s what it felt like. She was this amalgamation of the two.”

Braddock is unlike any other character Gabrielle has portrayed before – she’s resourceful, takes no prisoners, and does not care who she has kill on her way to victory.

The actor admits it was a challenge then to tap into Braddock’s mind, describing her character as a “psychopath”. She undertook some research then to aid her performance: 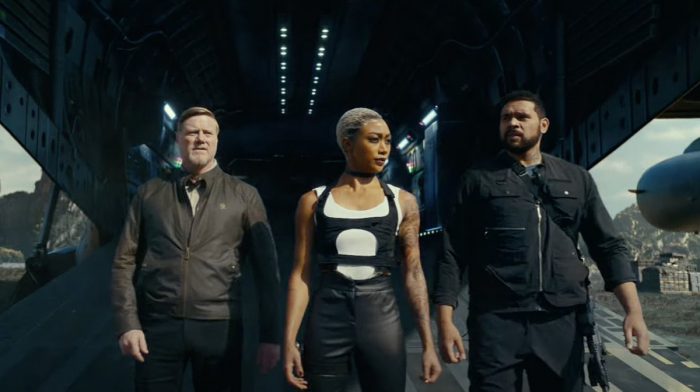 “I did a lot of research into what it means to genuinely be a psychopath, people who are clinically diagnosed and what their behaviours present as.

“I’m the complete opposite of Braddock – I’m very empathetic and sensitive, so in order to be able to conceptualise a person with no emotion except anger or frustration, I had to break it down in almost a mathematic way.

“Psychopathic people don’t have the capacity of understanding empathy, so it won’t even affect them. Every time I would try bring emotion to her, I would have to stop myself. It was a fun challenge for sure.”

Gabrielle didn’t just have to prepare mentally for the role, but physically too as Braddock is a very skilled fighter able to take down pretty much anyone. 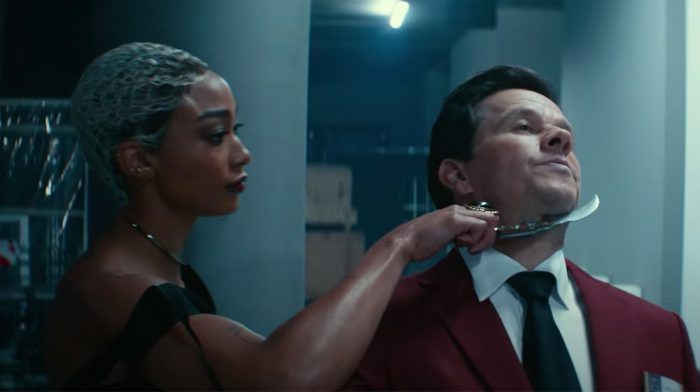 Whilst she fights with her hands and guns, her primary weapon of choice is the karambit, a small Indonesian curved knife resembling a claw that is commonly used in pencak silat.

Mastering the use of this blade was key in Gabrielle’s preparation then: “I went through three to four months of physical training, just trying to bulk up. I gained about twenty pounds of muscle during that time.

“Then with the karambit, I didn’t get any professional training, but they gave me a plastic one to take home and train with. I spent a lot of time researching the origins of it, the style of fighting, how it’s used. I watched videos and practised with it.” 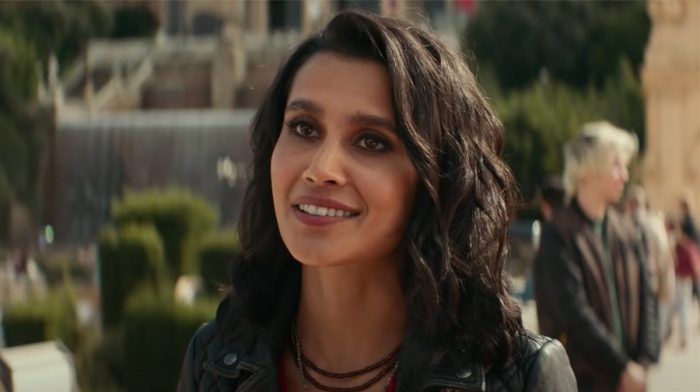 Braddock isn’t the only bad-ass female character that features in the movie, as we also have Chloe, an associate of Sully’s who joins the team on their adventure.

Ali, who portrays the fellow treasure hunter, was excited to board Uncharted for several reasons. Firstly, the opportunity to star alongside dynamic duo Wahlberg and Holland: “I was intimidated at first but when I found out that they are both really cool, genuine guys, it was effortless.”

Secondly, she thought it would be “an honour” to be part of an action film that featured two strong female characters that had distinctive identities and were people of colour. 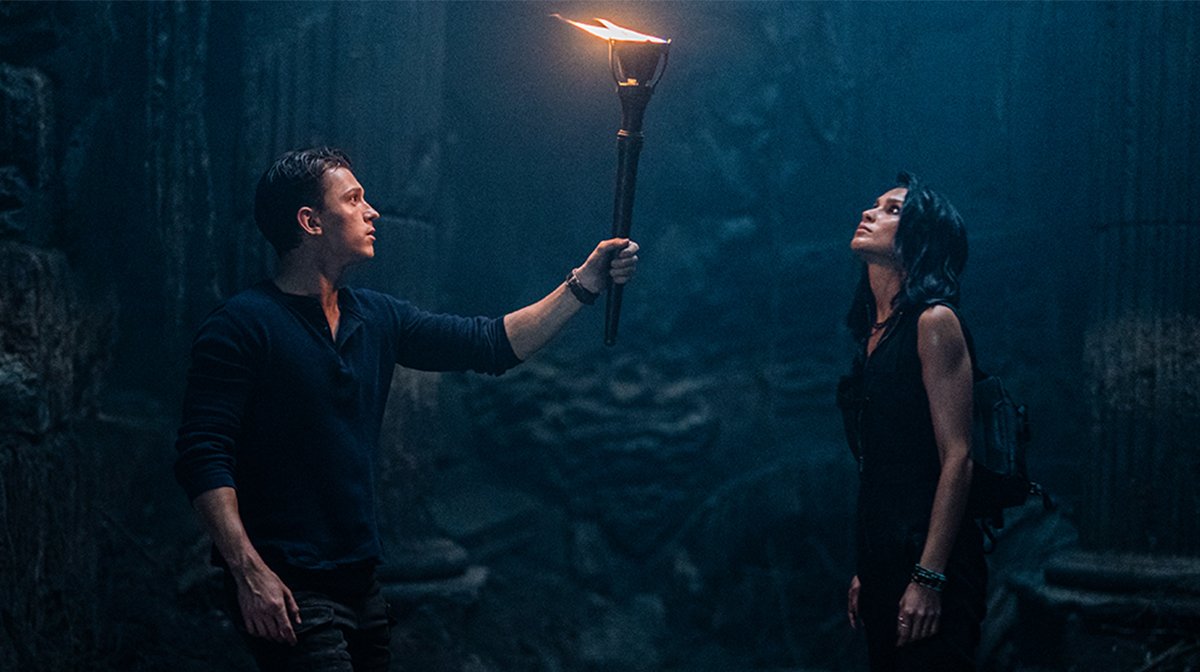 And last but not least, Ali looked forward to the challenges shooting the action scenes would present, especially the film’s primary set piece, the sequence on the cargo plane:

“The plane sequence was very challenging, the fighting part. It was a really long shoot, and once you start filming there’s not a whole lot of room for error. There was so much to do, it was so action-packed, and there was so much to remember. It was a challenge but enjoyable – I do wish I fought more though.”

Well, Ali may get her wish as although an Uncharted sequel is yet to be given the green light, some cheeky credits scenes tease where a follow-up film could take the story.

Fleischer says it now lies in the hands of the fans, but he is excited at the prospect of returning with some ideas already in mind for a sequel:

“This movie was a dream come true. I love this genre, it was an incredible experience. I would be thrilled to make more of these but ultimately it’s up to the audience to decide.

“But when you are sitting in the editing room for over a year working on a film, your mind can’t help but wonder and think of other adventures you want to see these characters go on. I’ve been thinking about lots of things but we will have to wait and see.”

Uncharted is out now in UK cinemas.