Do you want more of The Boys and are impatiently waiting for season three to hit our screens in June? Well, we are with you on that – but you won’t have to wait that long to return to this universe.

Animated anthology spin-off series The Boys Presents: Diabolical is out now on Prime Video, satisfying your hunger for more from this chaotic superhero world.

Whilst it will certainly tide you over until the main show returns, Diabolical is also brilliant in its own right, bringing us manically fun and riotously entertaining glimpses into the expanded world of the Vought-Verse.

Following in the true spirit of The Boys, it’s ultraviolent, grossly hilarious, and at times emotional, whilst also being a love letter to the beauty of animation. 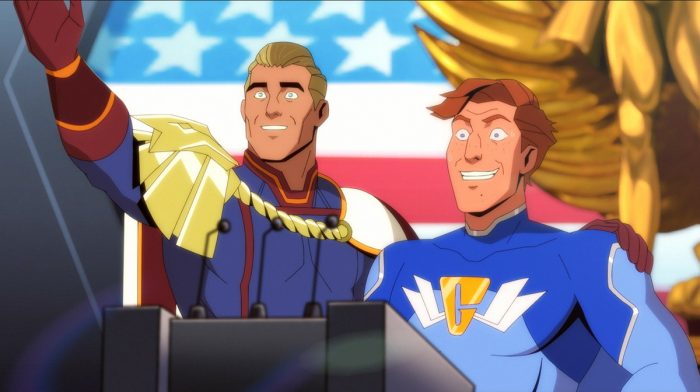 Each episode dives into a previously unseen crevice of The Boys’ world, featuring both beloved returning characters and new ones across a wide range of stories.

A different writer helms each episode, with the assembled line-up featuring incredible talent such as Andy Samberg, Awkwafina, Seth Rogen, Justin Roiland, and many more.

For showrunner Simon Racioppa, who oversees the whole anthology, it was crucial that the series lets these writers’ voices shine through.

He explained to Zavvi that this meant the show had to be tackled in the opposite way to usual: “It was a dream come true working with these people we admired, and that’s one of the reasons we reached out to them. We liked their work, so wanted to work with them. 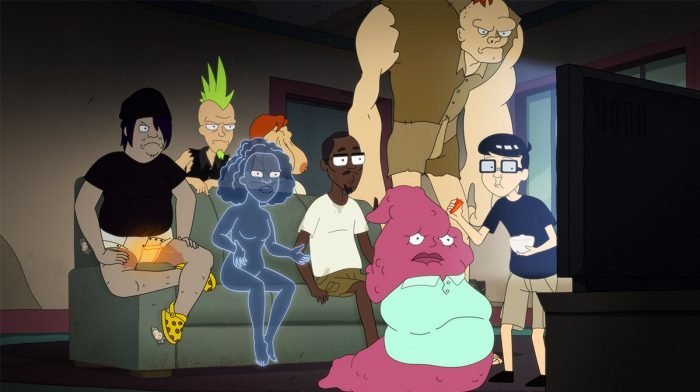 “Usually when you run a TV show, like on Invincible, your aim is to try and bring everybody into your vision, funneling that. But here, we wanted to do something different. I didn’t want Awkwafina to write how I write, I wanted her to write how she writes. I wanted to make it her episode, and it was the same for all.

“That proved to be an interesting challenge as we had to figure out how to produce these episodes, make them fit into the world of The Boys, but make them 100 percent Awkwafina, or Andy Samberg, or the other writers – we didn’t want to lose their voice or vision.

“That’s the opposite of what you usually do on a TV series, but it was really fun and I learnt a lot from all involved.” 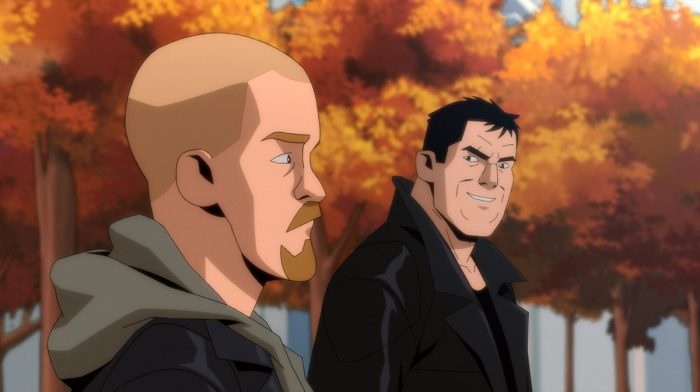 In order to achieve this, things had to be switched up in regards to the animation too, ensuring each episode is individualistic, matching the various tones the writers were bringing to the series.

Every episode not only features a new story, but is told using a different animation style, ranging from anime to Korean horror.

Racioppa tells us whilst this complicated the design process, it was worth it: “That was one of the first decisions we made on the show – it was either making them all in one style, or making them multiple different styles depending on the episode. 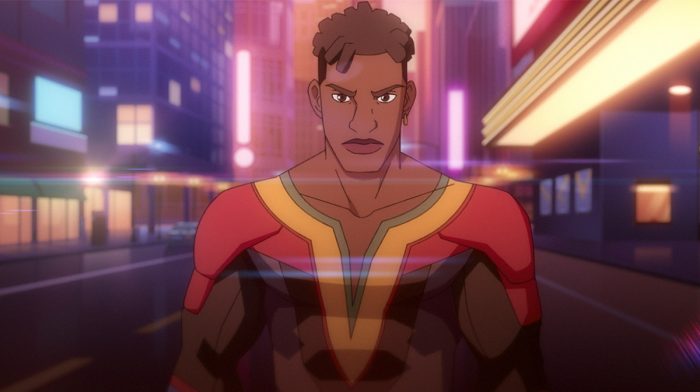 “Making them all one style is vastly easier as you only have to design things one time – you settle on one look, and then you can reuse things multiple times across episodes – like we did with Invincible.

“We realised doing them all in the same style would do most of the episodes a disservice as it wouldn’t let us execute them as well as we wanted to – so, we bit the bullet and took on the challenge of doing eight different styles across the episodes. It was very difficult, but totally the right decision and it made for better episodes.” 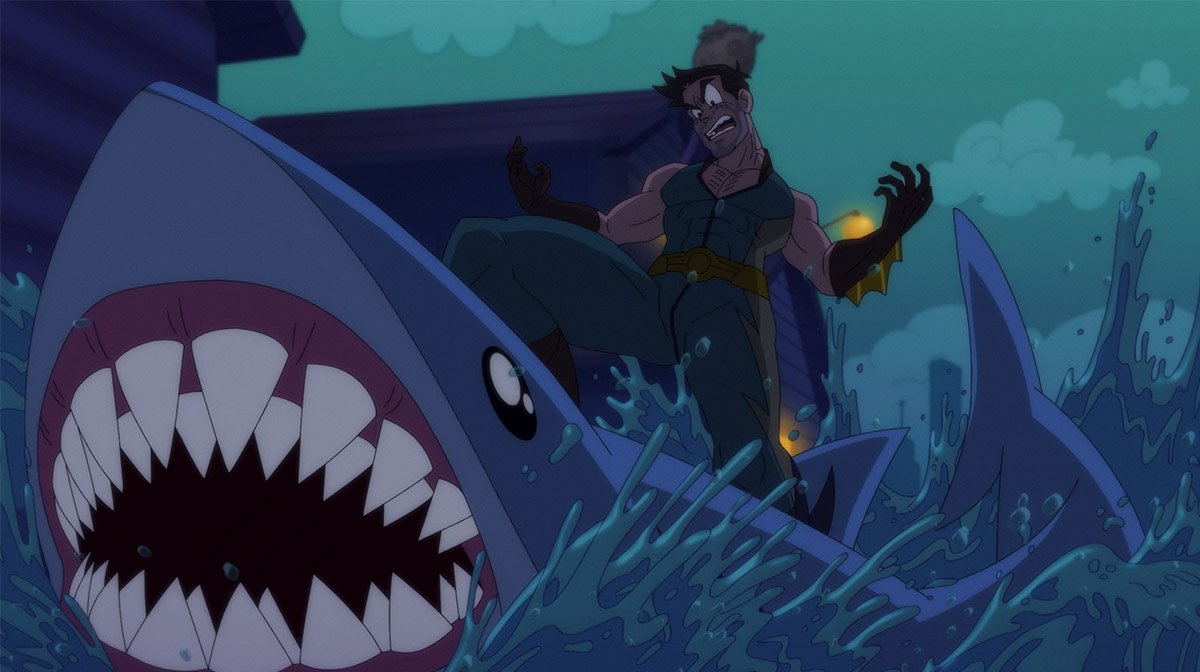 Racioppa himself wrote one episode, telling a chapter from Homelander’s early days as a superhero in One Plus One Equals Two, which features a darker take on American superhero animation.

With this story, Racioppa wanted to tap into the mind of the anarchic supervillain, asking how he became the Homelander we know and love from the TV show.

“I find the character fascinating, and think Antony Starr’s portrayal of him is just stunning – slightly unhinged, so needy. I wanted to delve into that, asking how did Homelander become that way. 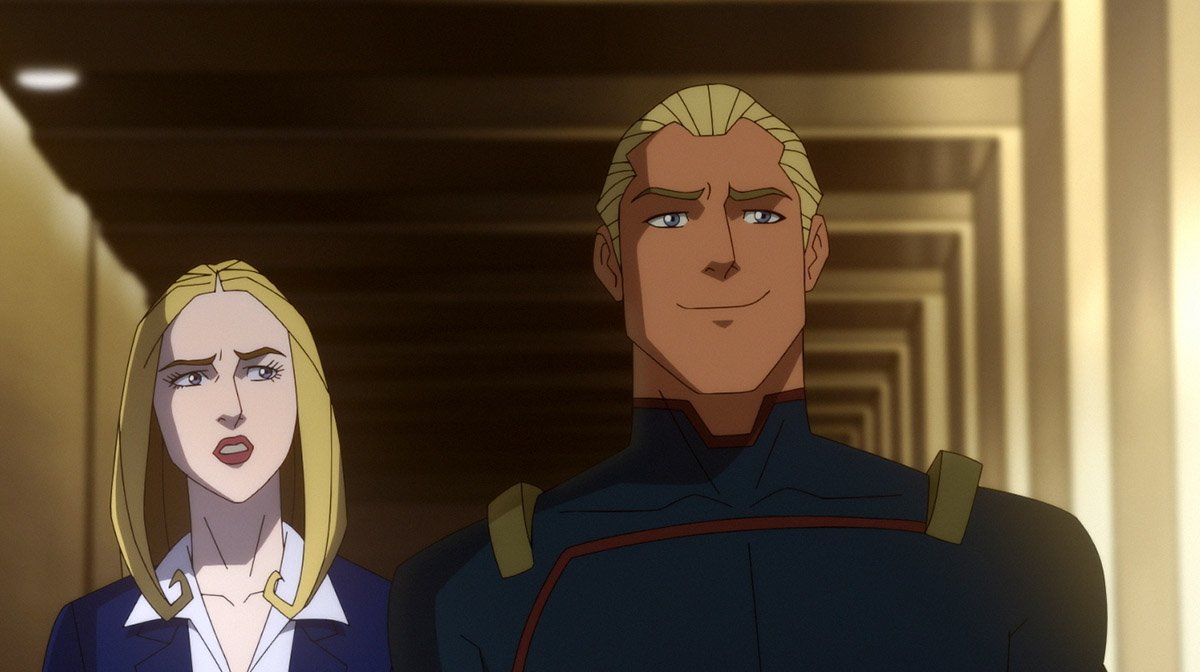 “He doesn’t think he’s a villain, he believes he’s the hero of his own story, that he’s been put upon and treated badly, the world isn’t fair to him.

“But people don’t just come out that way, it’s a result of how their life has gone, so I wanted to show a snippet of that backstory, how Homelander became Homelander.

“We only have 12 minutes to do it, but that’s enough time to show that you can have a little sympathy for him. He acts terribly, but that came from somewhere – he was raised by a cooperation in a strange and stunted environment, how would you not expect him to grow up into a sociopath?” 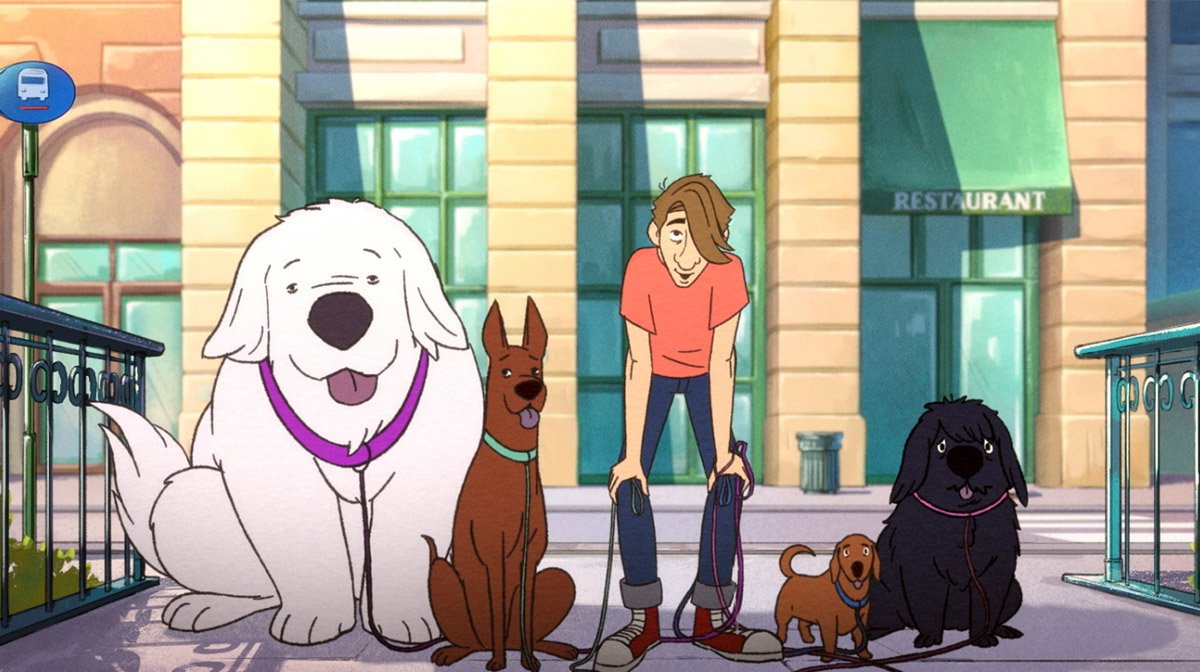 Whilst there were certainly challenges in making Diabolical, Racioppa was more than equipped to navigate them being showrunner on hit animated adult superhero series Invincible. One of the biggest lessons learned there was simply: how on earth do you make a TV show during a pandemic?

“What I mostly learned from Invincible was how to finish a show in a pandemic. We completed most of it beforehand, but the last chunk was during lockdown, and it delayed us quite a bit.

“That experience really helped with Diabolical, which we did completely from home. There’s some of our directors I have not yet met in person!” 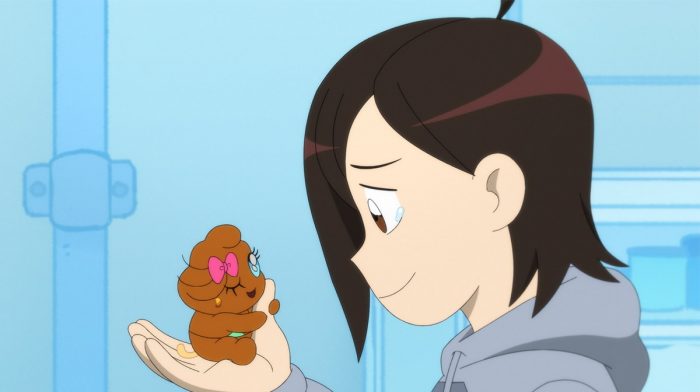 Talking of Invincible, Racioppa is currently working on season two, which will be coming to our screens in the future, hopefully at the end of this year or early 2023.

Until then, we have the delights of Diabolical to enjoy.

The Boys Presents: Diabolical is available to stream now on Prime Video.

Shop our range of The Boys merchandise here.