One year on from its initial announcement, a straight-to-series order has finally been put forward for the new HBO Max Green Lantern TV series, which is set to feature multiple members of DC Comics’ Green Lantern Corps.

For the uninitiated, the Green Lantern Corps are an interstellar police force assembled by a group of aliens called the Guardians, known to be some of the oldest living beings in existence.

Each Lantern is chosen by the strength of their will and assigned to protect their own sector of the Universe. 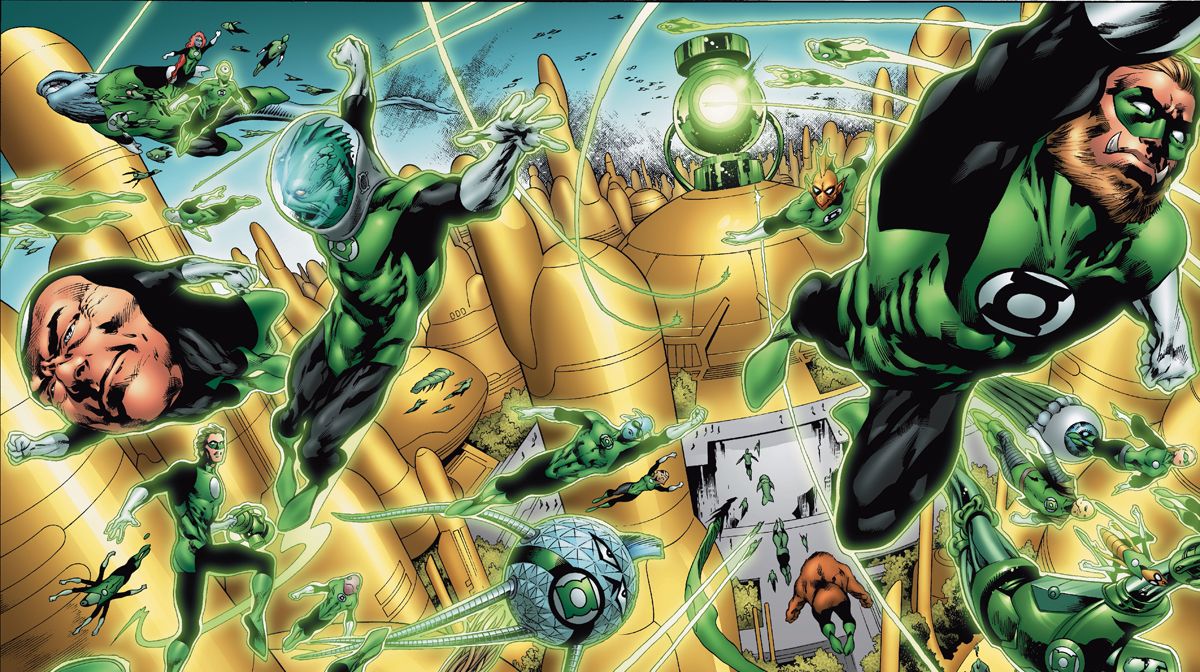 As reported by Variety, the Green Lantern TV series will feature four prominent members of the Green Lantern Corps: Alan Scott, Guy Gardner, Simon Baz, and Jessica Cruz. They will also be joined by well-known supporting characters Kilowog and Sinestro. 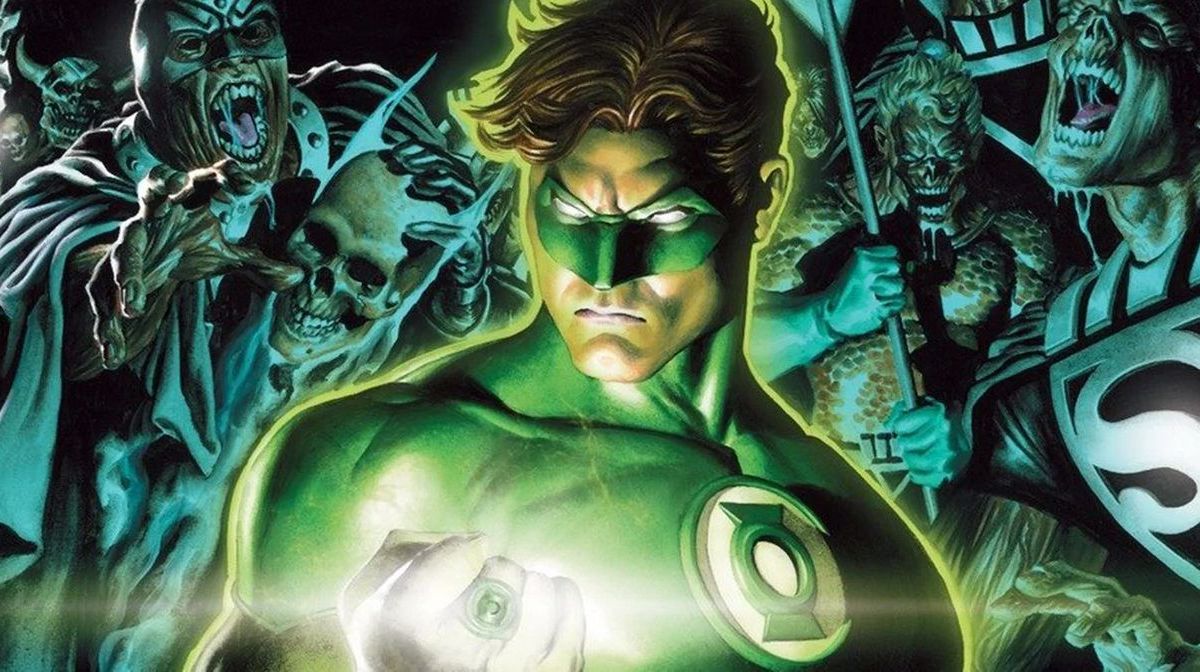 The Corps will be explored over ten one-hour episodes, co-written and executive produced by Seth Grahame-Smith (screenwriter for The Lego Batman Movie and Dark Shadows) and Marc Guggenheim (co-writer of 2011’s Green Lantern film starring Ryan Reynolds), with Grahame-Smith also filling in as showrunner.

These ten episodes will explore the various Green Lanterns over numerous decades and across multiple different galaxies, no doubt meaning we will be spending lots of time on the Green Lantern home planet of Oa, among many other alien worlds.

So, who exactly will be taking the Green Lantern oath and letting no evil escape their sight? Let’s find out… 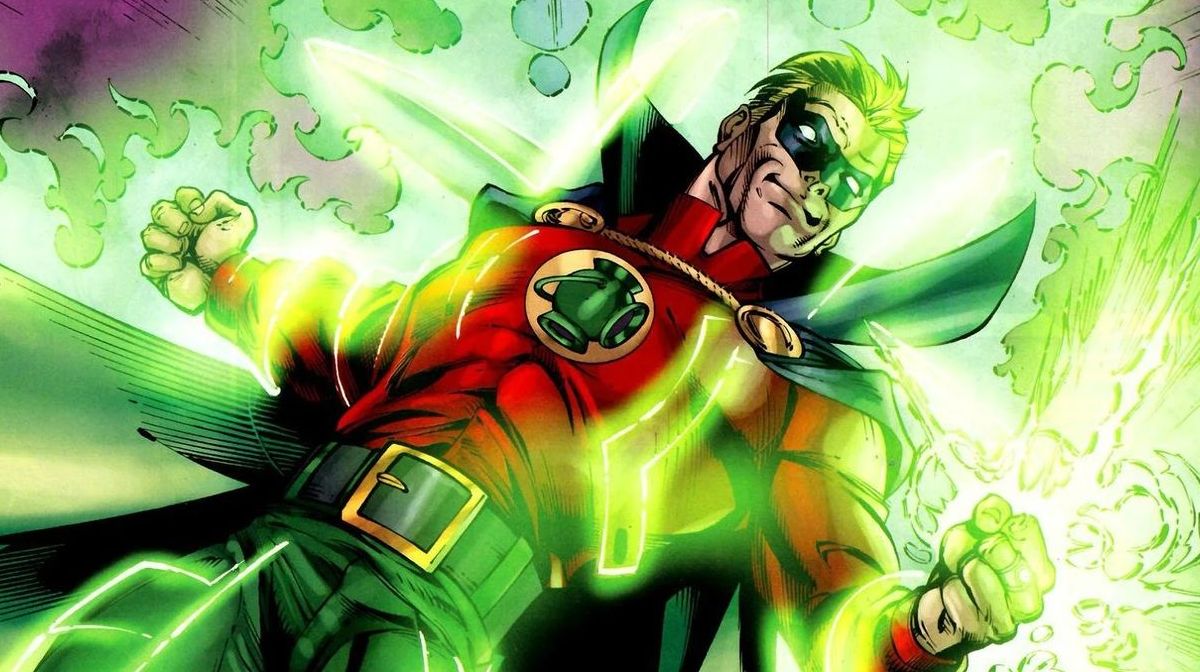 As the first Green Lantern ever created, Alan Scott is not your traditional ring bearer, gaining his powers from magic rather than science.

He is also not an official member of the Green Lantern Corps, more commonly known for his affiliation with the Justice Society Of America – an early collective of classic superheroes.

First introduced in 1940 on the pages of All-American Comics #16, he would eventually become popular enough to helm his own Green Lantern series. Unfortunately, this popularity would diminish following World War II, leading to the series’ cancellation before eventually being rebooted in 1959.

Reimagined in the style of science-fiction, this set the basis for Green Lantern that modern audiences are more familiar with – starring the charismatic, hot-shot pilot Hal Jordan.

This dramatic reinterpretation would lead DC Comics to present the pair as hailing from separate Earths, with Jordan planted firmly on Earth-One and Scott on Earth-Two. 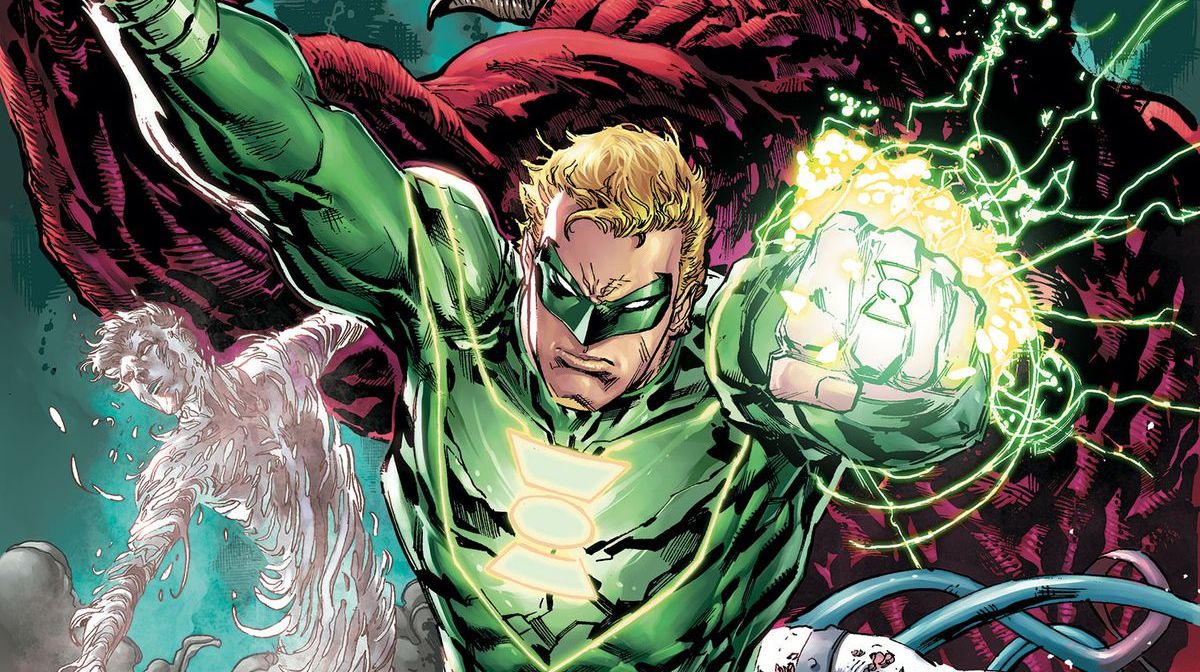 The Green Lantern HBO Max series appears to be pulling from the character’s more modern renditions, now confirmed to be a gay man.

This aspect of the character was first introduced in DC Comics’ Earth 2 comic book series, which was published as part of the 2011 New 52 reboot.

Earth 2 presented Scott as the champion of the Green, gaining his unique abilities as protector of all plant life on Earth. Many fans of DC Universe’s Swamp Thing TV series will already be familiar with this concept, with that show’s eponymous character fulfilling a similar role. 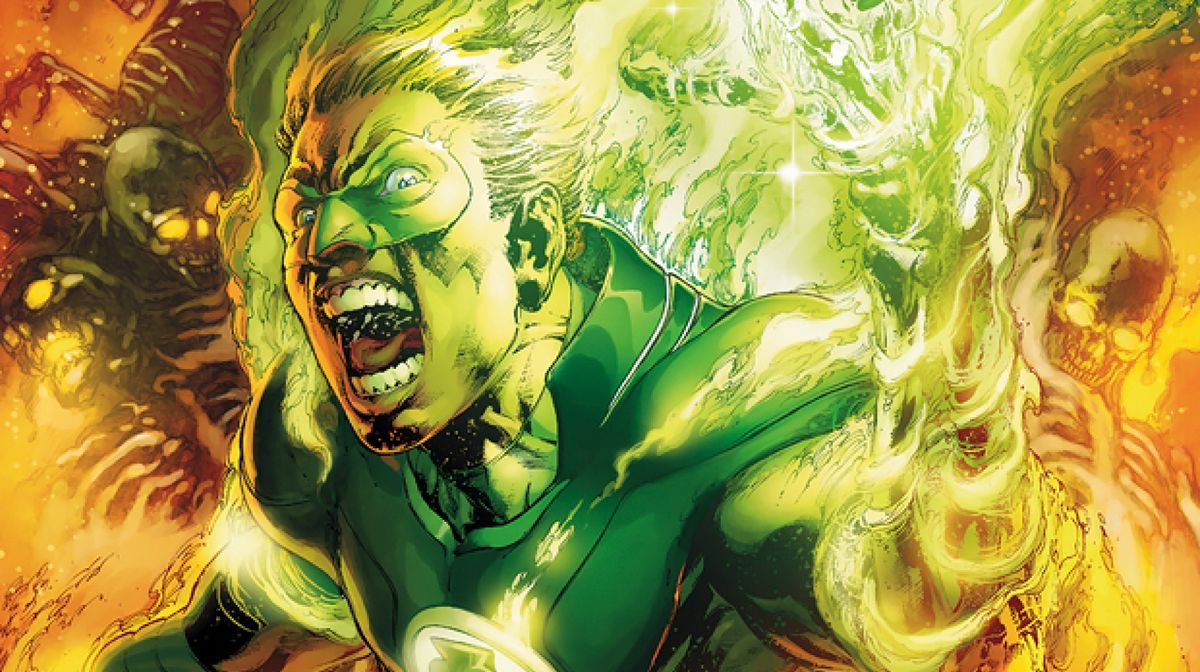 Although Scott is often presented as originating from an alternate Earth, there have been multiple occasions where the character has co-existed with DC’s Earth-One heroes.

Given the decade-spanning nature of the HBO Max Green Lantern TV series, the multiverse proposition seems less likely, as this could be unnecessarily complex.

However, as the only magic-based Green Lantern, it will be interesting to see how Scott fits into the overall scope of this space-faring odyssey. 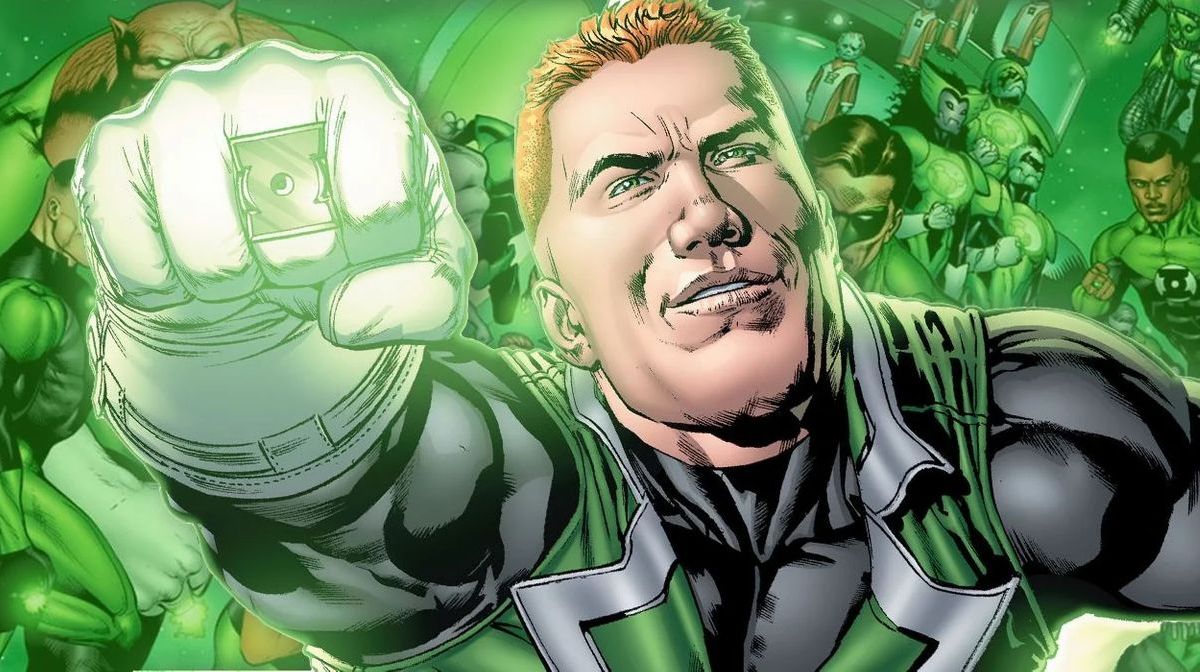 Created in 1968 and first appearing in Green Lantern Vol. 2 #59, Guy Gardner opened the floodgates for the development of a wider Green Lantern Corps, being the second person from Earth to be granted membership into the exclusive intergalactic police force, preceding John Stewart.

Though one of many Green Lanterns over the years, Gardner stands out thanks to his distinct ginger hair and brash personality. 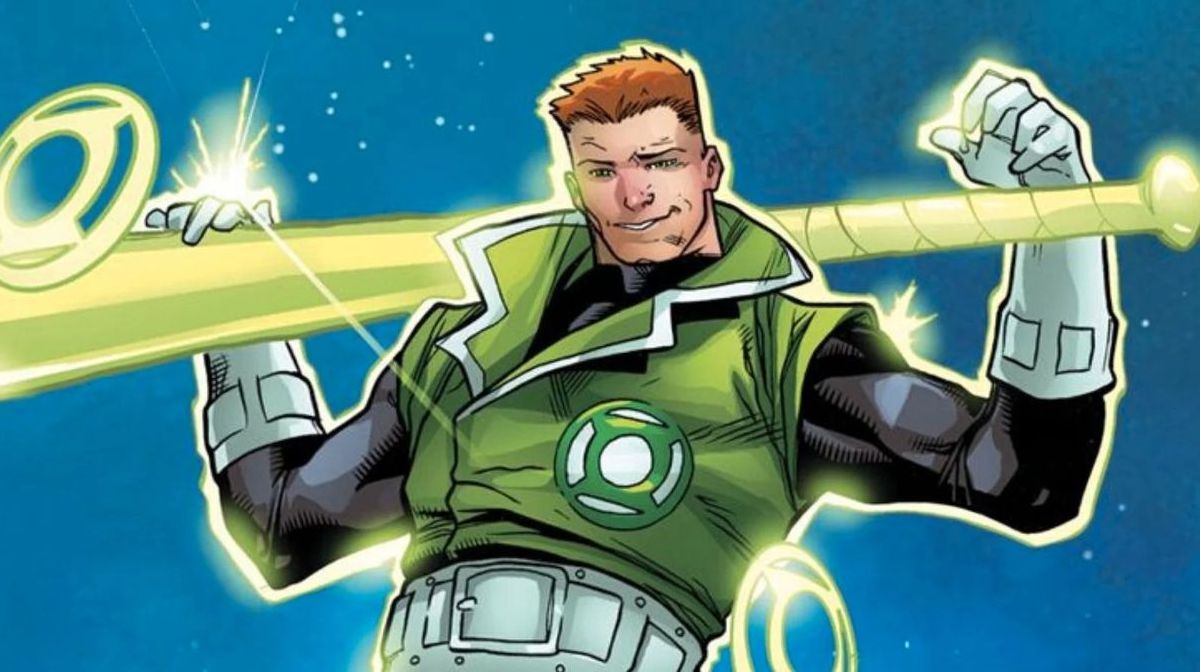 He is renowned for his great strength of will, which borders on the outright obnoxious and has made him notorious for his egocentric personality.

This has put him in direct contention with many of his superhero peers due to his inability to follow protocol, both in the Green Lantern Corps and during his tenure as part of the Justice League International.

Quick to run into any fight and unequivocally aggressive, Gardner has not only embodied the role of a law-enforcing Green Lantern but also that of a member of the Red Lantern Corps – who fuel their powers through concentrated rage. 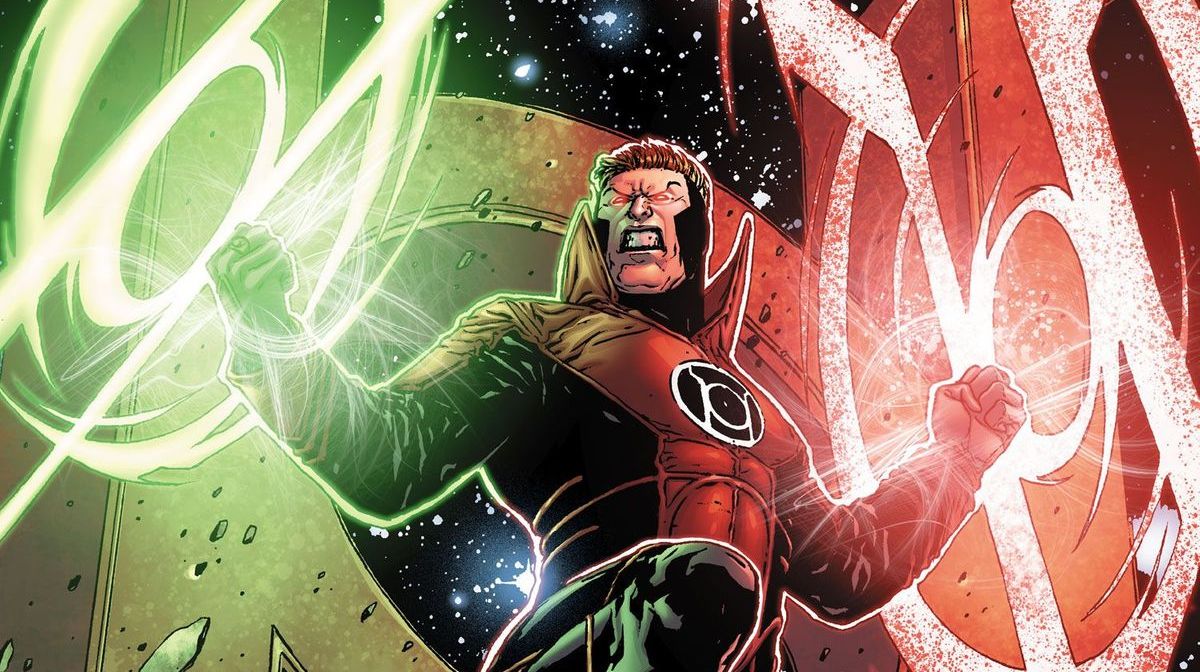 Yet, despite Gardner’s short temper, he has a reputable history in DC Comics continuity, first as a teacher for children with disabilities and, during the New 52, as a traditional Earth-bound police officer, demonstrating his innate desire to do good.

Out of all the key players in the HBO Max Green Lantern TV series, Gardner is arguably the most popular, and he has a loyal fanbase behind him, not so dissimilar to Jordan or Stewart. 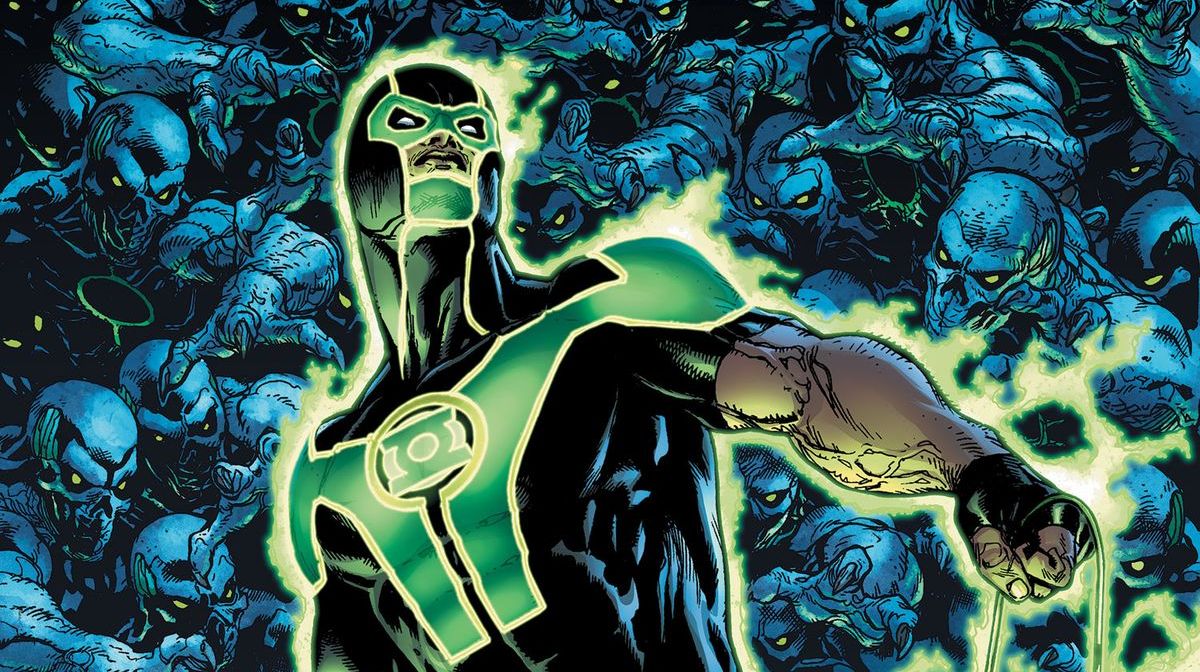 The character has a unique background when compared to previous Green Lanterns, stemming from a mixed Arab-American heritage and practicing as a devote Muslim. 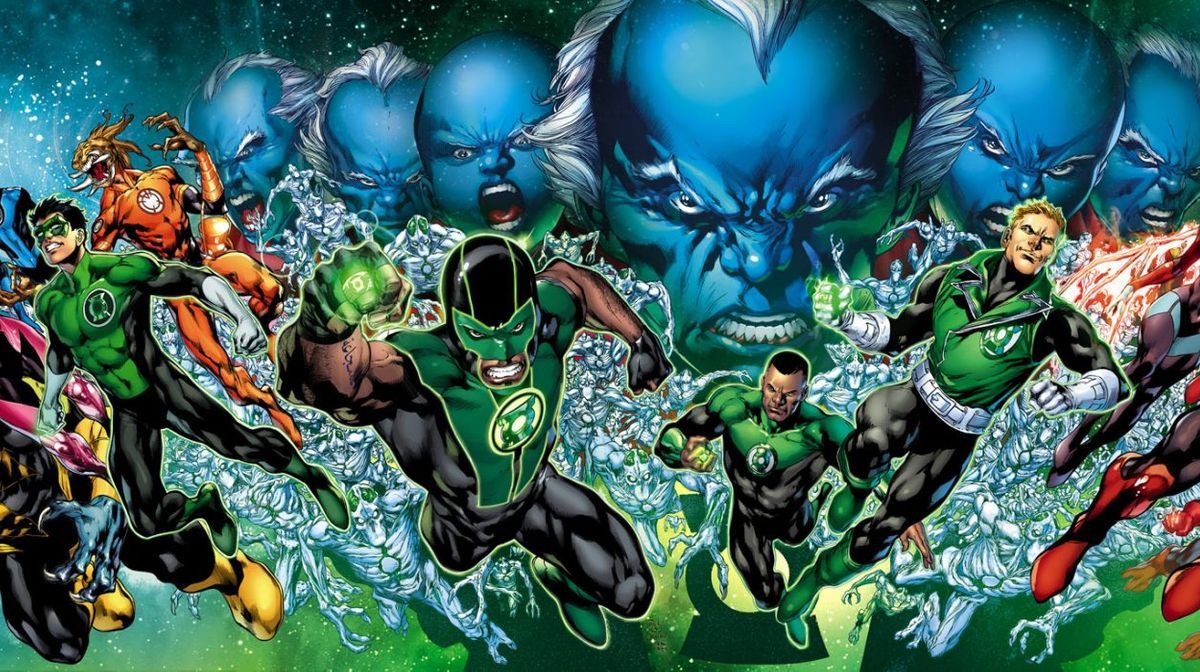 Baz also has a history as a mechanic, street racer, and car thief. This led him down a criminal path, putting him in direct contention with local law enforcement.

Following an altercation with the police, after stealing a van filled with explosives, Baz would find himself accused of terrorism charges.

While being questioned, he was located by a power ring and deemed a suitable candidate to join the Green Lantern Corps. Despite the breadth of Green Lanterns already established by this point, Baz proved himself a character worthy of the title and would later go on to helm his own Green Lanterns comic series alongside fellow Corps member Jessica Cruz.

These two would even join the Justice League during DC Comics’ Rebirth relaunch in 2016. 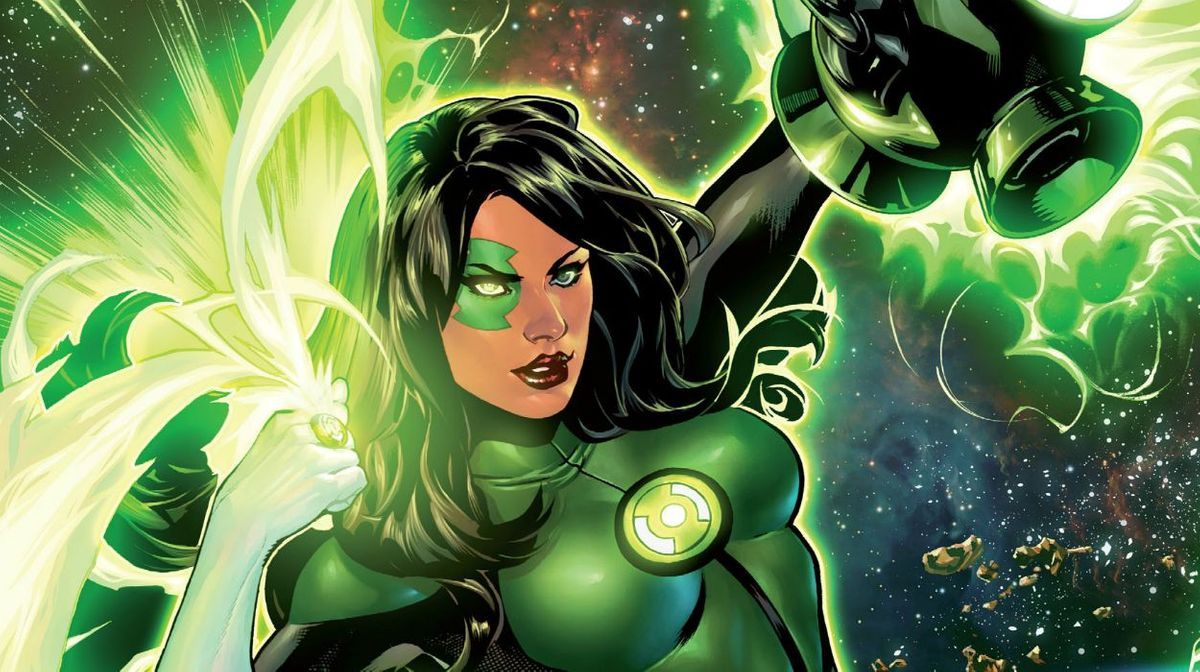 The most modern addition to the Green Lantern Corps on this list, Jessica Cruz was first introduced not on the pages of Green Lantern, but in Justice League #31 (2014), envisioned by the critically acclaimed creative team of Geoff Johns and Ethan Van Sciver.

Unlike other Green Lanterns, who are regarded for their inbuilt fearlessness and bravery, Cruz suffers from debilitating anxiety, which initially caused her to submit as host to the Ring Of Volthoo -—an alternate-reality ring that feasted upon the fear of its wearer. 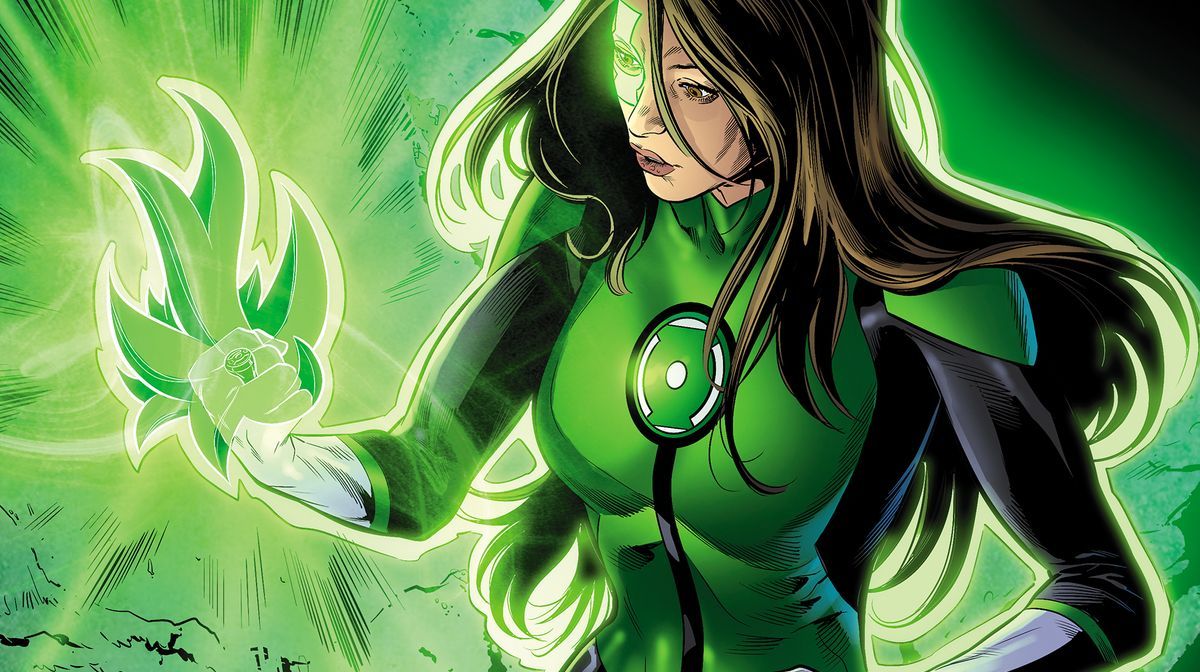 This crippling agoraphobia and anxiety was brought about following a hunting trip with her friends, where they stumbled upon mobsters burying a body.

Not wanting to leave any witnesses, the mobsters unleashed a volley of gunfire upon the group, killing all of Cruz’s friends and leaving her to run away in terror.

Cruz would, however, prove her worth by overcoming this fear, allowing her to wield the power of a traditional power ring and join the honorary Green Lantern Corps, partnering alongside Simon Baz in their shared comic series, Green Lanterns. 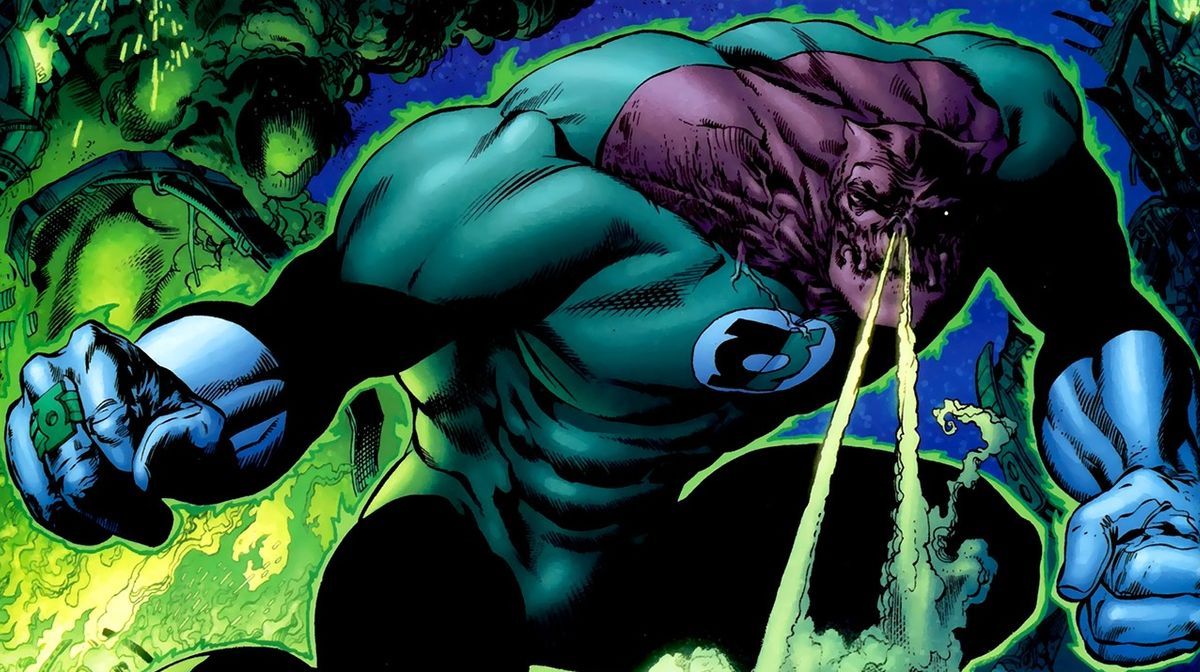 Joining alongside our starring heroes, we will be seeing one of the more popular Green Lantern Corps members in a, no doubt, prominent supporting role: Kilowog.

Unlike the other Green Lanterns on this list, Kilowog is not from Earth, instead descending from the planet of Bolovax Vik. As such, he has a much larger physiology than humans, giving him his bestial appearance. 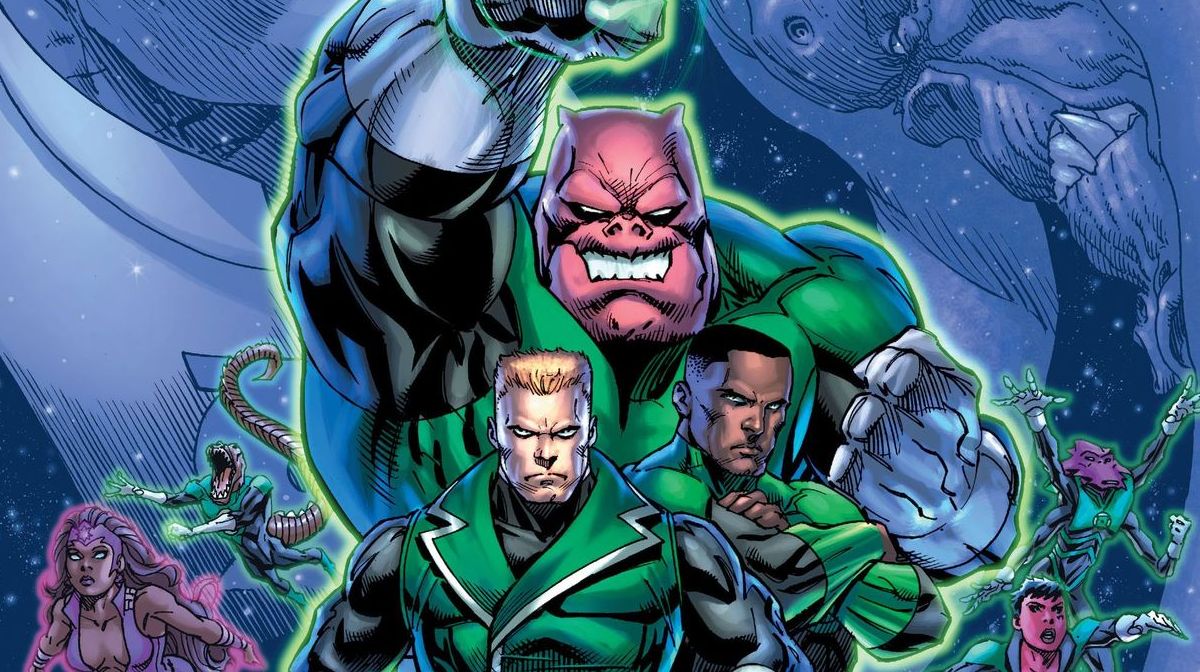 Kilowog is renowned as a stern trainer for new Corps recruits, so it can be expected that his role will be somewhat similar in the HBO Max Green Lantern TV series, particularly given the inclusion of the newer — and appropriately green — members Simon Baz and Jessica Cruz. 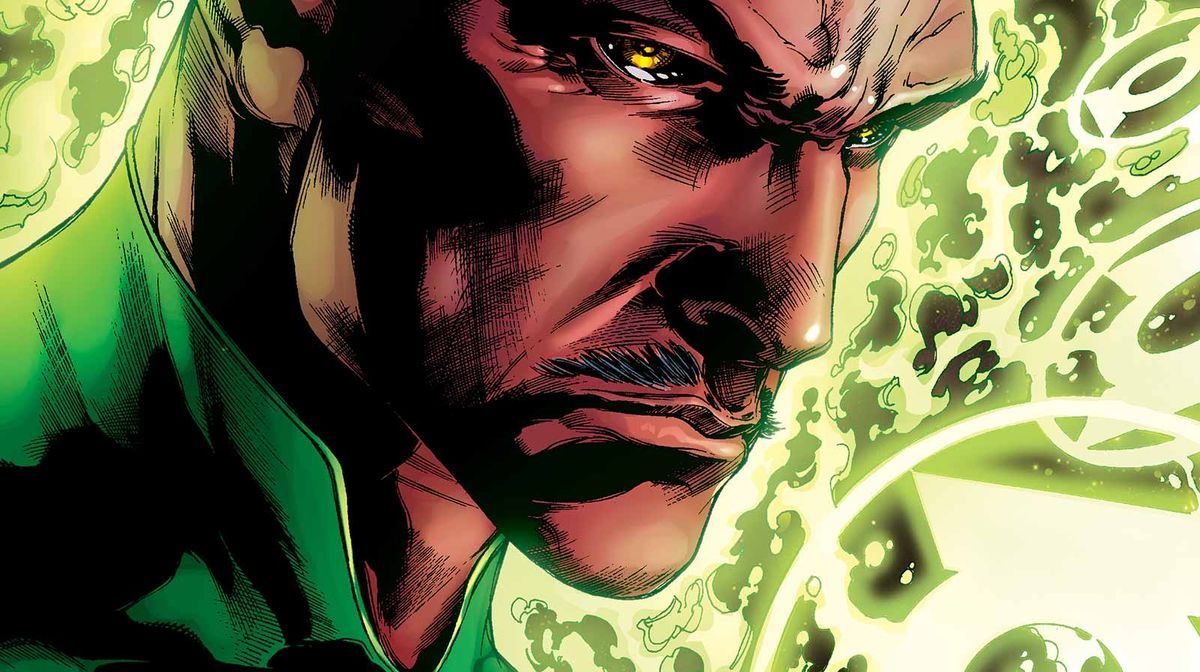 Sinestro is most well-known for his antagonistic relationship with the Green Lantern Corps, usually being pitted head-to-head with his former protégé, Hal Jordan.

As with Kilowog, Sinestro is not of Earth, yet he does possess a humanoid appearance distinguished by his red skin and yellow eyes. 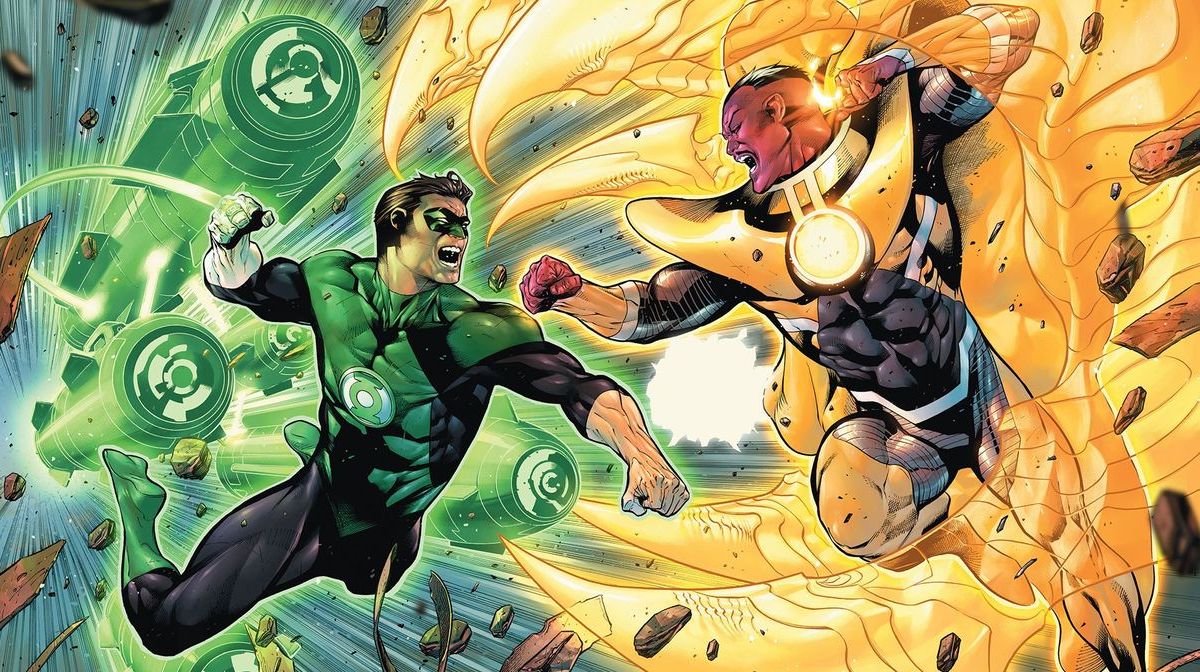 Historically, Sinestro was one of the Corps’ most respected figures, before being removed from his position for crimes against his own people — seeking to control and impose order on his home planet of Korugar by means reminiscent of a dictatorship.

In response to his enforced exile, Sinestro formed his own sect of Yellow Lanterns, known as the Sinestro Corps. Utilising the emotion of fear, they spread terror across the universe. 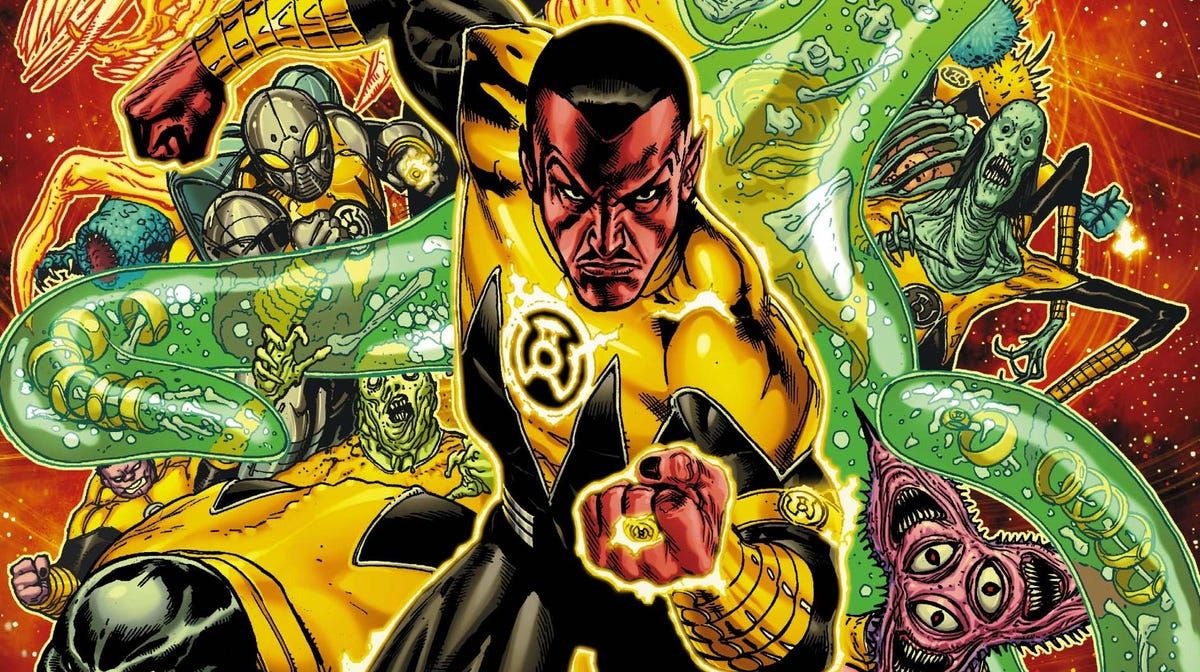 Given the proposed format of the HBO Max Green Lantern TV series, we could potentially witness both Sinestro’s respected career as a member of the Corps and his deposition to the infamy of despotic villain. 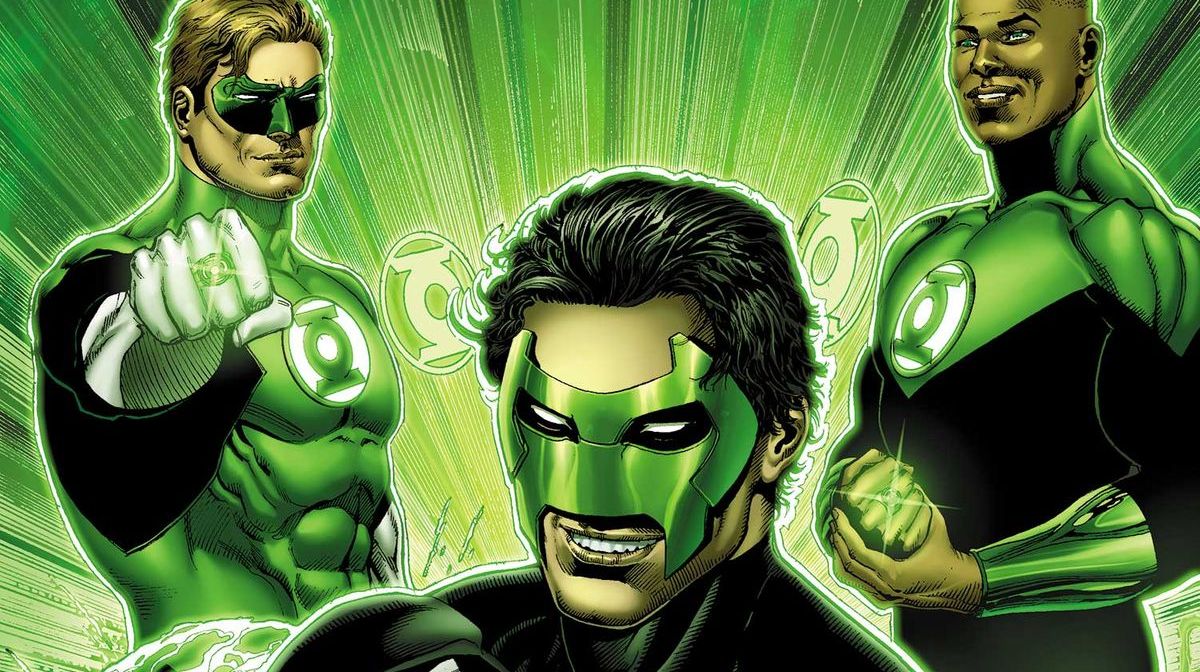 We are still unaware whether these are completely original characters or pre-existing ones ripped from the pages of DC Comics, so there is the potential for other established members, such as Kyle Rayner or the aforementioned Hal Jordan and John Stewart, to make an appearance in later episodes or seasons. 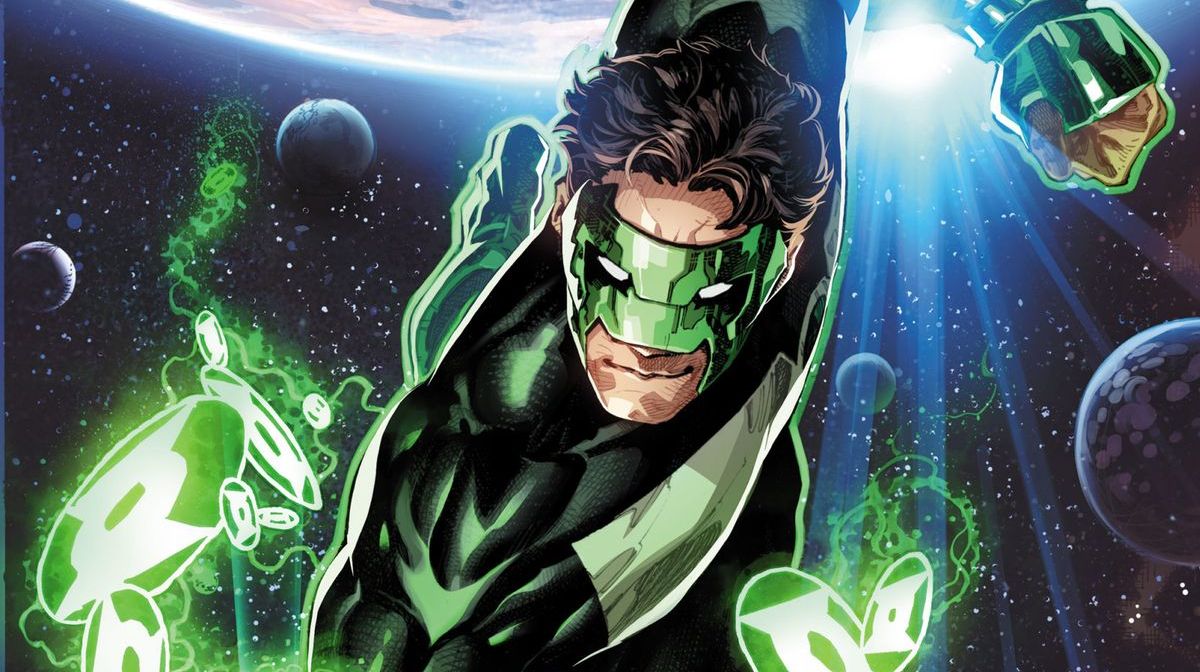