Imagine rising from the pit of rags to the glory of riches, to rags once more, in a fashion that takes stubbornness and idealism to a whole other extreme.

That amusing premise sets the stage for Barry Lyndon, a stuffy-costume drama from auteur Stanley Kubrick that amounts as one of the most underrated and greatest accomplishments in his career.

Known for confounding expectations and his unique vision, Kubrick left behind an incomparable legacy of films such as The Shining, A Clockwork Orange, 2001: A Space Odyssey and Full Metal Jacket. 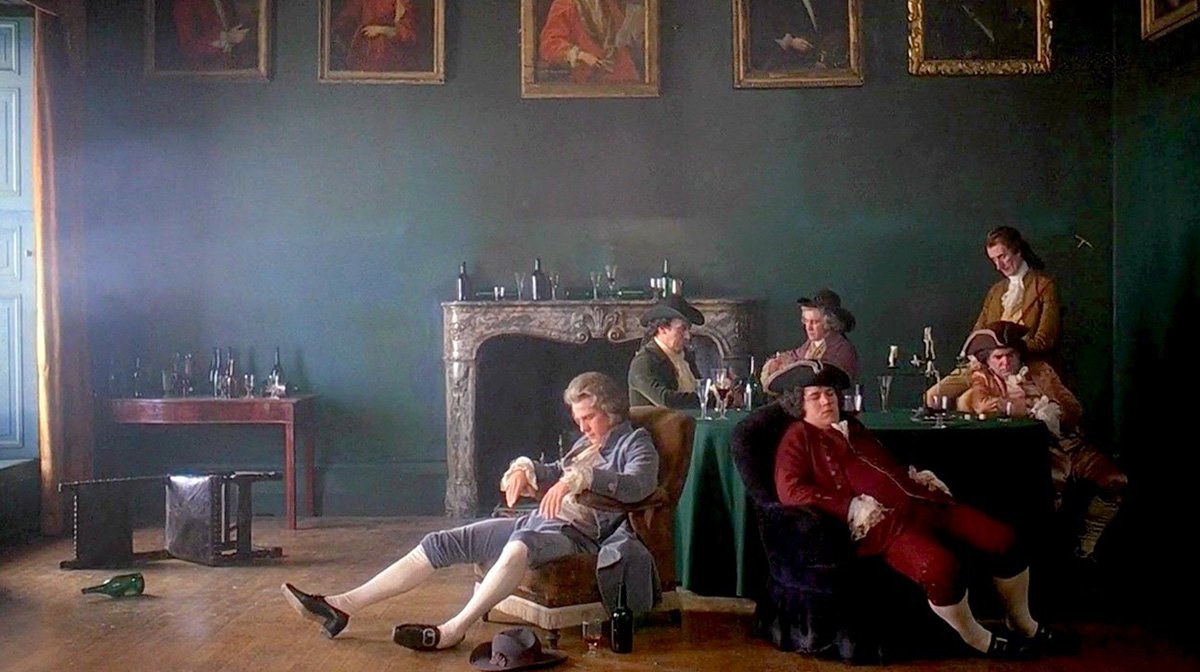 All standing the test for generations decades since they were first released (the ambiguity of Room 237 and the dreaded Ninth Symphony remaining some of cinema’s most admired moments), the baroque and ethereal glamour of Barry Lyndon is still the one that goes the most unknown.

Filmed 45 years ago, in locations that spanned from England to Germany, the wholly believable world of Redmond Barry (Ryan O’Neal) is a misadventure of charisma and greed that results in it being one of the greatest films of the 1970s, and the finest film of the Kubrick bunch.

Adapted from W.M Thackery’s novel, Kubrick’s vision of the historical tale is nothing short of magnificent. 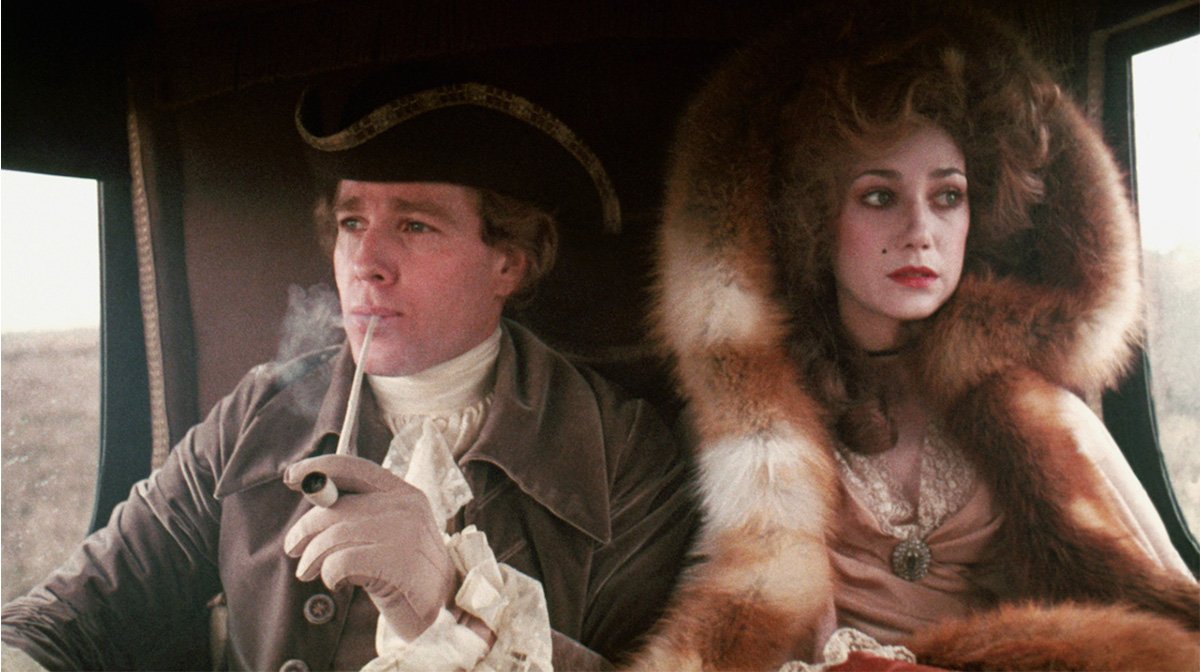 Capturing a range of complex feelings on life, sacrifices, materialism and loveless manipulations with help from its heavenly classical score, Barry Lyndon is an epic portrait of eighteenth-century British society that bends the typical conventions of a period drama with its own dazzling vision of one compromised, hapless man.

Crafted with intricate detail and a stylistic choice that spans richness and splendour – the combination of one-point perspective compositions and hypnotic zoom lenses sewed beautifully throughout – the complex character piece is a film that finds its mark of elegance through its exquisite and mesmerising cinematography. 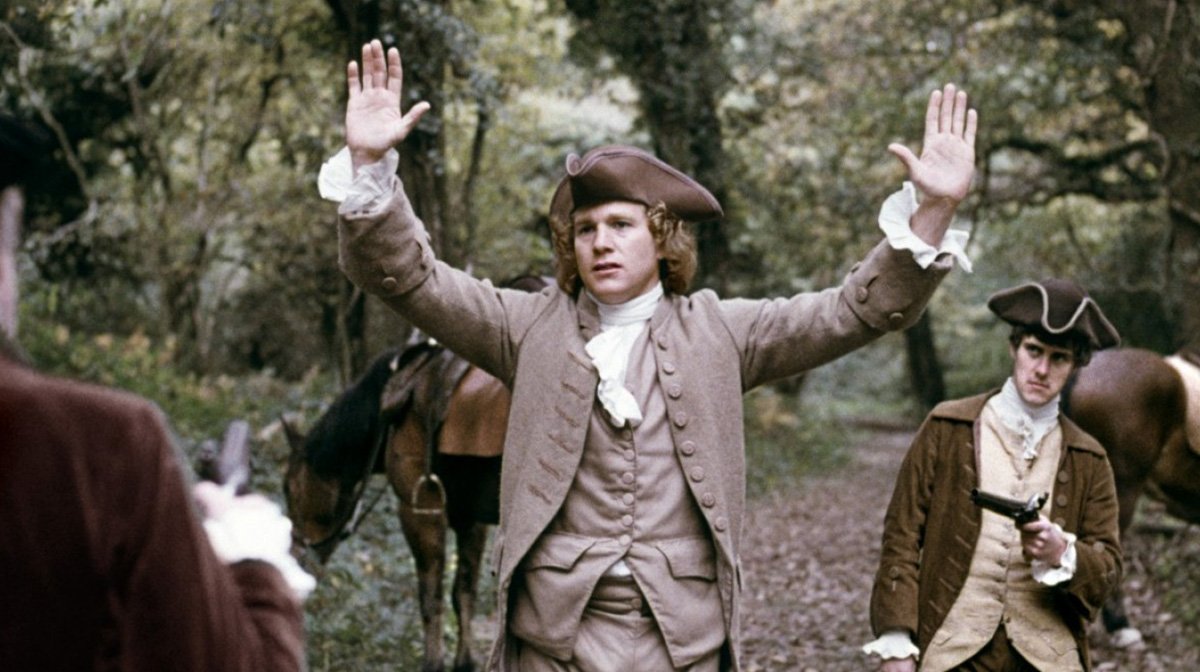 Known for his eminence behind the camera in four previous Kubrick collaborations, cinematographer John Alcott builds on the alluring style of Barry Lyndon through a visual representation of staged paintings that are expertly fuelled with beauty and depth.

Embracing the thorough landscapes of seventeenth-century English painter John Constable, the highly-polished structure of George Stubbs and satirical realism in William Hogarth’s paintings, Barry Lyndon itself transports audiences into the past with each frame feeling like it was pulled straight from an art museum.

Referencing the versatile candlelit paintings of Joseph Wright of Derby, the soft focus and natural lighting quickly creates an organic feeling that spreads within each nocturnal scene; the candlelight, sunshine and glow of the moon gracefully serving as an impeccable feast of beauty to the eyes. 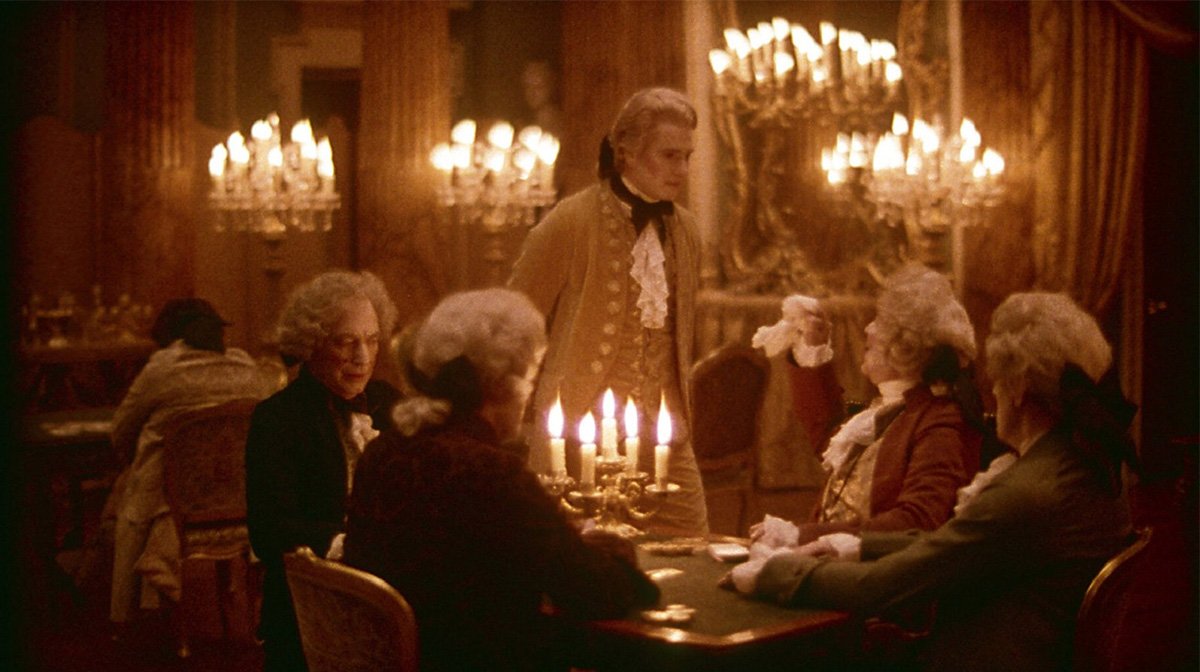 With a great depth of intimacy and power comes the performances that brought the alluring renaissance stills to life.

O’Neal’s portrayal of the humble, naive Irish youth turned stubborn nobleman is magnificent to watch. From his stern posture, to his silent manipulations and brutish manner, Barry Lyndon is a film that would not have been the same without the leading man that played the villain so confidently within his own character’s life.

Marisa Benenson and the sadness that masked her character’s silent, stoic composure outshines everyone on-screen with her statuesque fashion and yearning eyes.

Saddened and distraught in nearly all her scenes, her performance as Lady Lyndon from when we first see her in the garden, her expression bright, to when we see the middle-aged frailness of her character sign Barry’s annuity cheque, is simply enchanting. 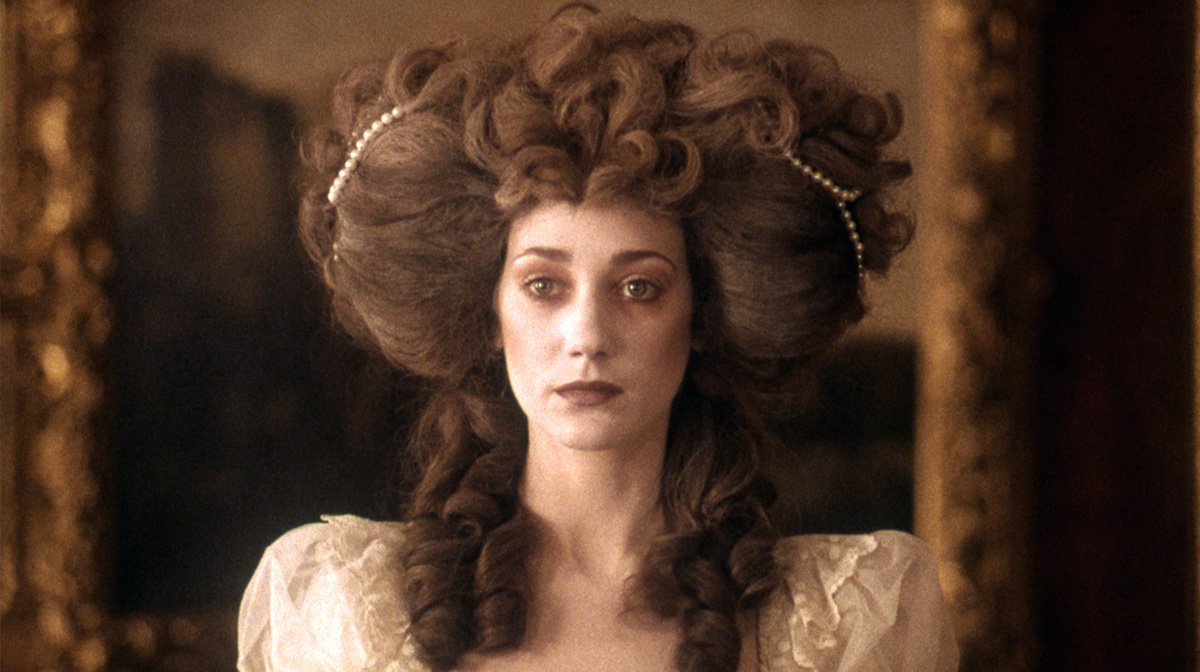 Leon Vitali as the observant and curious Lord Bullington is also a performance that inhales a depth of rawness and excellence throughout.

Bold, sharp and unmatched, Vitali embraces both the youth and adult side of Bullington’s character with unflinching and commanding energy.

Thriving as an achievement in both performances and innovative filmmaking without electrical light, Kubrick not only showed how a tale that is both rich in texture and elegance could become utterly poetic, but how a look at the royal aristocracy and pre-industrial era could bring the film to another thrilling height. 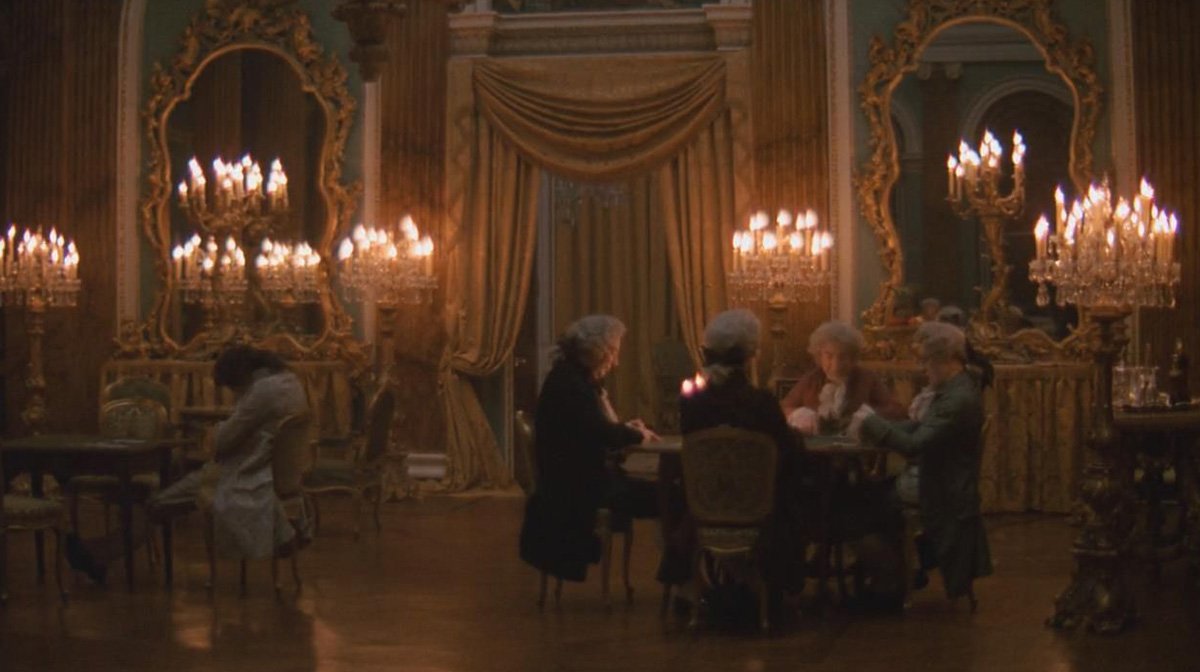 Revealing his fascination with Baroque architecture and customs of the time with his picturesque production and lavish costume design, Kubrick also dived deep into the violent warfare that involved sacrificial rituals of battle becoming ironic, brutal and surprisingly humorous.

Channeling his passion and research from his previously failed plan to direct a Napoleon film, the meticulous filmmaker illustrates the charismatic war drama in a way that accentuates a sense of meaningfulness and humanism that outshines his other work.

Whether it be the silent tension and unexpected wrath in the recital scene, the melancholic atmosphere that surrounds Lady Lyndon when she discovers Barry with another woman, or the anticipation that charged the dramatic repent in Barry and Lord Bullington’s duel, the transcendence of enchantment and utter tragedy that marvelled each delicate frame is simply something that cannot be seen in any other film. 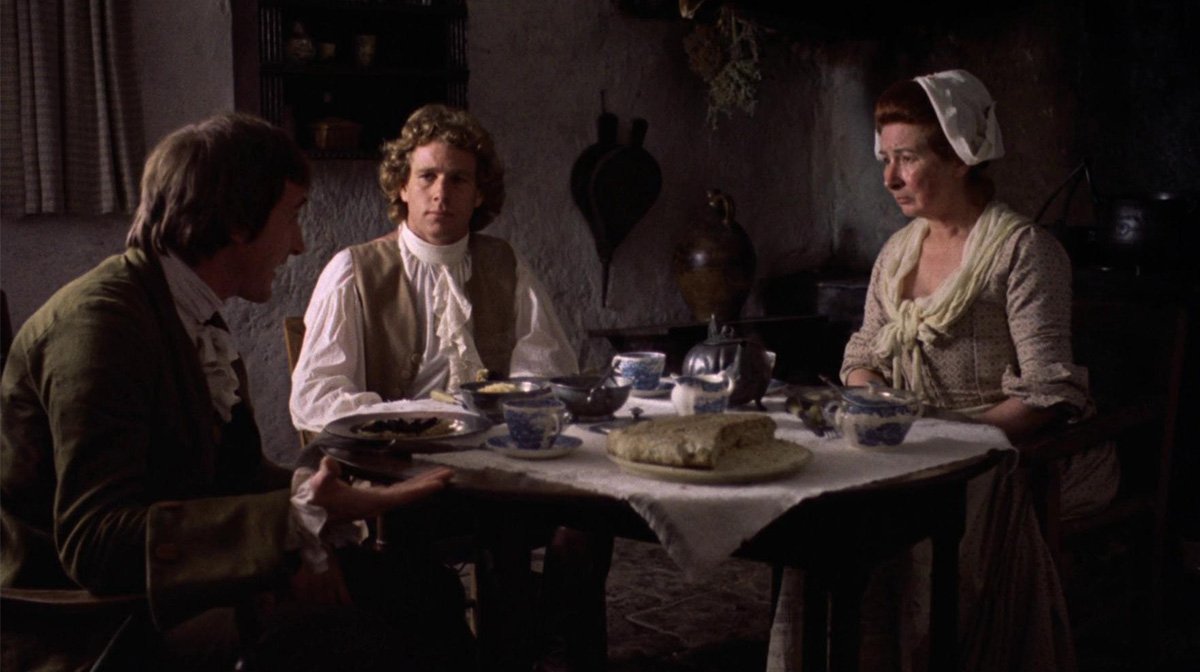 Constructing a tale that embarks on both tragedy and comic seducement, Barry Lyndon may not be for everyone, but it should be appreciated as the groundbreaking and influential cornerstone in cinema history that it is.

With versatility and heart, Barry Lyndon is an undisputed cinematic masterpiece that encapsulates the eighteenth-century world through the eyes of one of its children, and sends us into a different reality that, 45 years later, is still breathtaking to endure.