Picture the scene: it’s 2001, you’ve just booted up your N64 with a shiny new game slotted neatly into the top. You watch a foul‐mouthed yet strangely adorable squirrel down one too many pints, puke in the street, and wander off in the opposite direction from home, kicking off an adventure you’ll never forget – even if, at the grosser moments, you might prefer to.

This is the introduction of Conker’s Bad Fur Day, something held up by innumerable millennials as their first introduction to adult humour, and a wickedly fun game in its own right.

What follows is a wild, unpredictable, and at times surprisingly sombre quest unlike any other game from back then or now – there’s really nothing quite like Conker, even 20 years on. 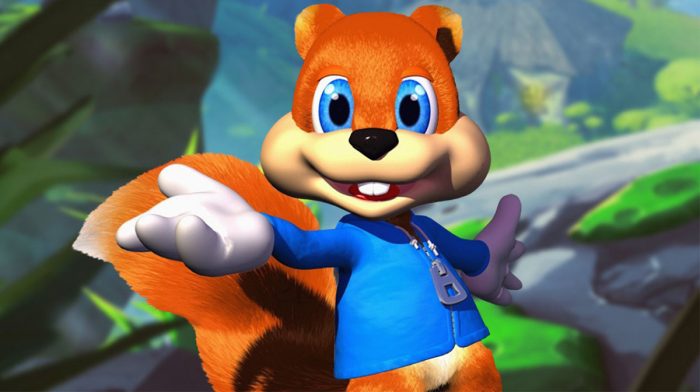 Even if you weren’t around for UK game developer Rare’s domination of the late 1990s, you likely know many of the titles that they released in this golden age.

While earlier titles like the infamously difficult Battletoads and the revolutionary Donkey Kong Country are no doubt brilliant, the company truly hit their stride with the FPS Goldeneye 007 and the 3D platformer Banjo‐Kazooie on N64 in 1997 and 1998 respectively.

Both landmark titles in their respective genres, they spring‐boarded Rare to international acclaim and popularity – so what was next? 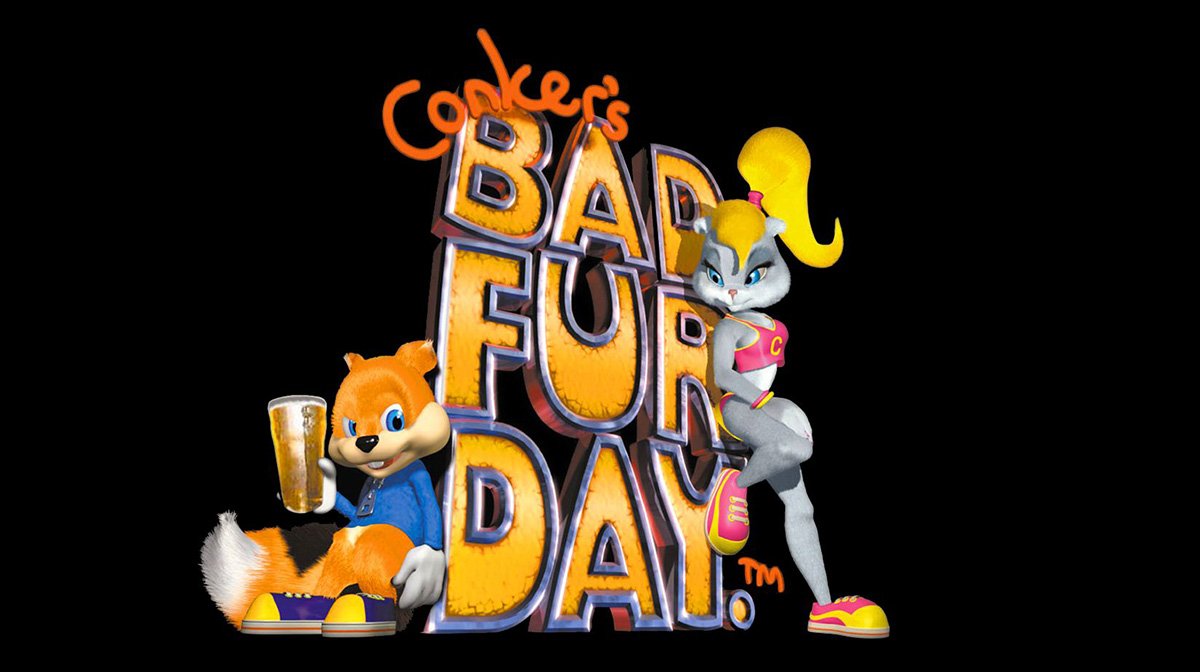 Oddly enough, Conker’s Bad Fur Day didn’t begin life as the crude classic we love today – instead, it was conceived as a family adventure in a similar vein to Banjo Kazooie and its sequel, reflecting that Conker’s first appearance was in the kid friendly Diddy Kong Racing.

In fact, an earlier version of the game known as Twelve Tales: Conker 64 was displayed during E3 1998 and appeared vastly different to the game we know today; at one point it was even described by IGN as like ‘playing through Disney’s movie version of Bambi’.

But while the game was received somewhat warmly at this stage, it was upstaged by the already successful Banjo‐Kazooie series – what it needed was a unique selling point… 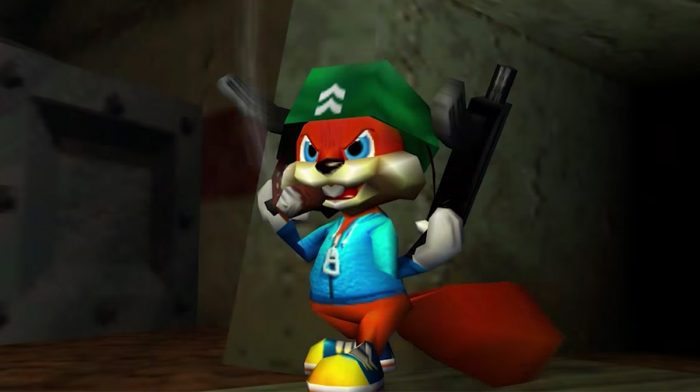 Thus, emblazoned with a blaring age warning on the cover art, the foul‐mouthed Conker we know today was born. Changed from hopping on four legs through a cutesy forest environment, the character now stumbled around on two feet like a drunk Animal Crossing character, taking on situations that certainly wouldn’t fly in a Walt Disney production.

As far as memorable moments in games go, Conker is filled to the brim, with the hilarious writing frequently catching you off guard even when you think you’re ready for everything the game has to throw at you.

Personally, I identify most with the Britishness of some of the humour; Conker frequenting the pub and the Liverpudlian dung beetles are two standout pieces of comedy that feel ripped from a bizarre Harry Enfield sketch. 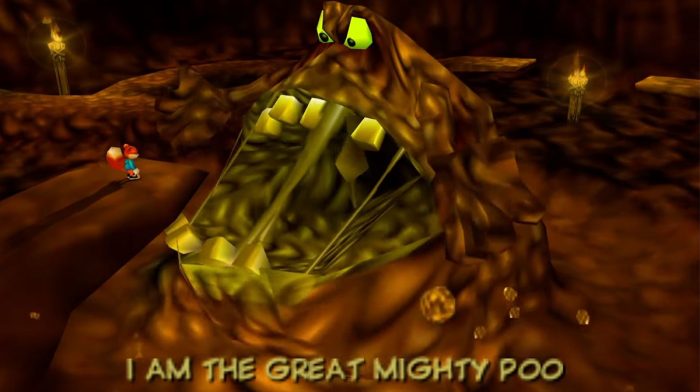 But, while the game is rightfully known as a masterclass in interactive comedy, it can back this up with some solid and surprisingly varied gameplay that works perfectly in tandem with the writing.

Right from the beginning, where you try to undertake the tutorial level with a raging hangover, you know that it’s a game that’s willing to mix things up.

The platforming functions similarly to Banjo, with the addition of innovative context sensitive pads to trigger some bizarre events, and the further you get into the game the more varieties of gameplay you come across, from a tank section where you fight teddy bear Nazis to a full‐blown Matrix parody complete with slow‐motion shootouts. 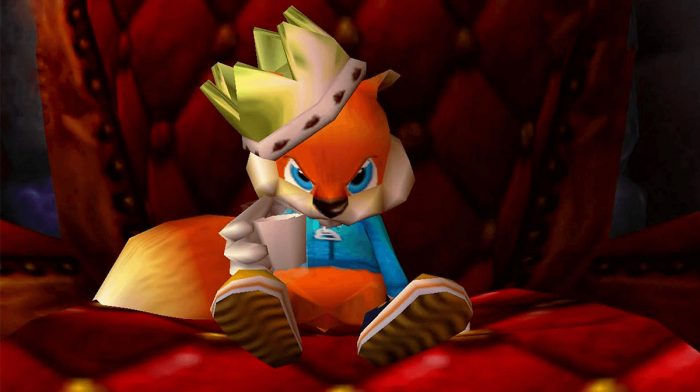 Still, the question remains – does Conker’s Bad Fur Day hold up 20 years later, or does it seem dated by today’s standards of what the graphics, writing, and general polish of a video game should be?

Although we now have plenty more games with this style of humour – a plethora of Grand Theft Auto games and the South Park RPGs to name a few – the fact that Conker still regularly tops lists of the funniest games ever made certainly says a lot.

While the game’s tone certainly isn’t for anybody (I forgive anyone who is more disgusted than amused by the Great Mighty Poo), it touches on a carefree, childish humour that never truly ages.

Although the game does make pop culture references, many of them (Alien and Jaws, for instance) are beloved to this day, and rather than heavily leaning on this kind of humour, the game always builds upon it with unique ideas. 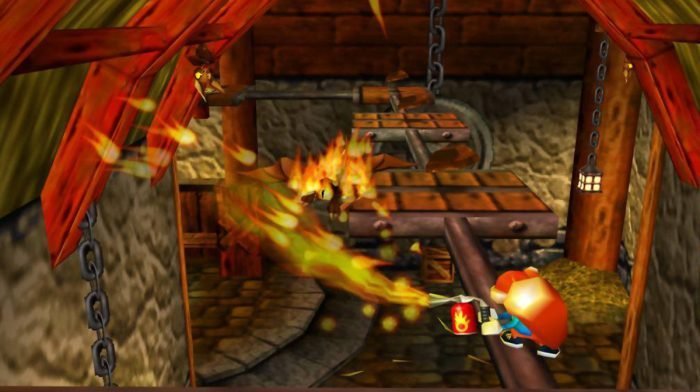 It also doesn’t hurt that the cheery graphics are some of the best visuals on the N64, likely owing to how late in its lifespan the game was released, and in a time where retro seems to be more popular than ever, the blocky characters and blurry textures definitely have a
distinct charm.

There are obviously some qualms that people understandably have with this game, which I think is inevitable for something with such a crude sense of humour – some critics have accused the game of misogyny for its stereotyping of Conker’s shallow girlfriend Berri, and
of a general frat boy humour in the advertising that was off‐putting to many. 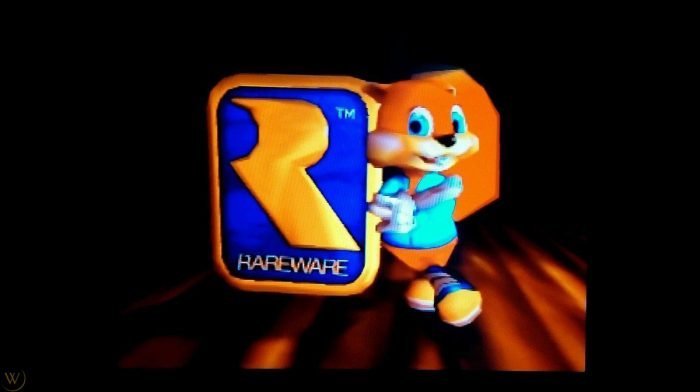 However, I don’t believe that Conker is in a Duke Nukem situation and think that if he were to return once more, with the right writers, the game could be an It’s Always Sunny‐esque romp full of dark humour and terrible yet oddly irresistible characters.

Unfortunately, the game isn’t easy to get your hands on now, and it doesn’t look like a rerelease or reboot is on the cards anytime soon.

But if you do get the opportunity to play Rare’s ode to all things scatological, I can’t recommend Conker highly enough – well, if you’re also a sicko who’s into that sort of thing.