In the autumn of 1988, a sketch with seemingly very little shelf life made its debut on an episode of Saturday Night Live.

Cast members Mike Myers and Dana Carvey appeared in character as Wayne and Garth, two high school metalheads with a love for babes and partying, who hosted a weekly TV show from Wayne’s mum’s basement in suburban Illinois.

The characters were spun off from an earlier sketch Myers had performed on Canadian television, meaning their entire sensibilities were fully formed from the premiere.

That included the duo’s juvenile antics, from throwing in playground humour to liven up their interviews, to their fondness for in-your-face camera moves – all of which was present from the outset. 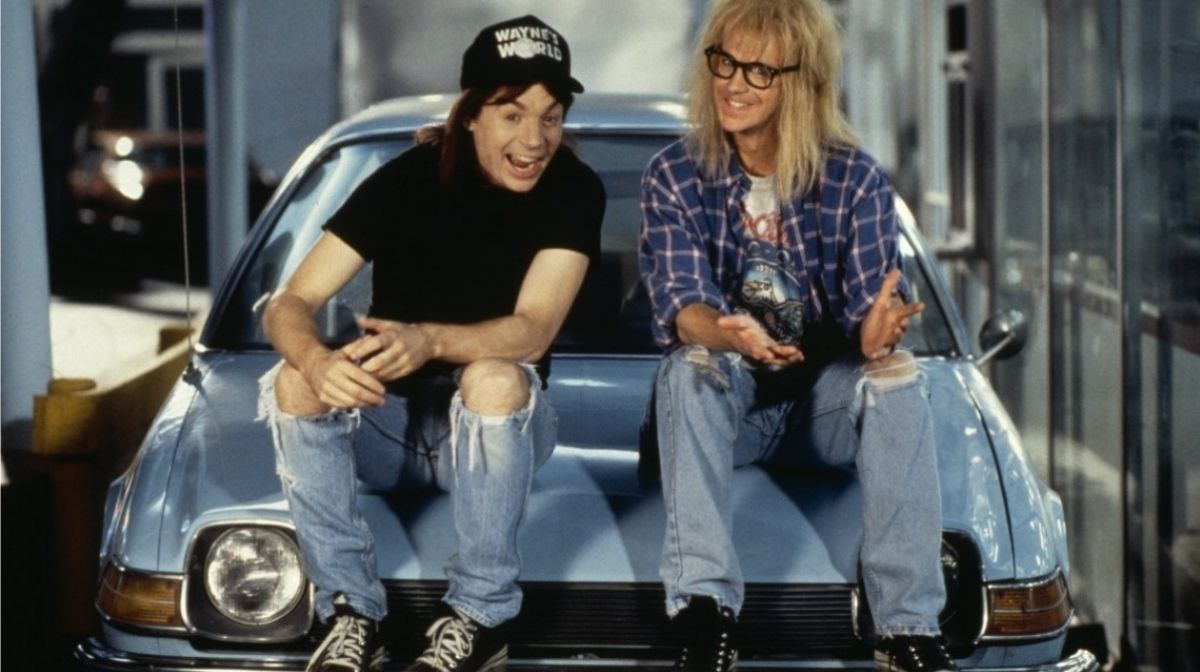 30 years later, it remains impressive that Myers and Carvey managed to sustain the high gag rate in their sketches, despite rarely deviating from this simple parody of amateurish public access TV shows.

It certainly never seemed like a contender for a big screen adaptation. At that point, the only Saturday Night Live sketch to have received that treatment was The Blues Brothers, and with its destructive action scenes and cat-and-mouse chase plot, that had a more directly cinematic vision that wouldn’t make sense for Wayne and Garth.

Wayne’s World worked as a sketch because of its low stakes, the biggest celebrity cameos manifesting through dream sequences, whilst the wider world rarely found its way into the basement.

To work on the big screen, it had to leave behind the familiar, without betraying what it was that made the sketch so beloved to start with. 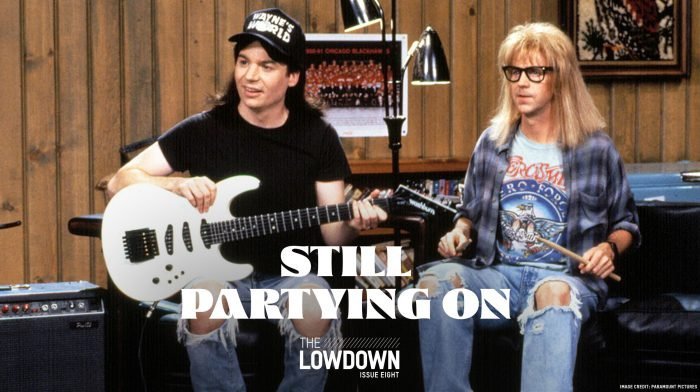 In the January edition of our free digital magazine The Lowdown, we reflect on Wayne’s World three decades on, looking at how it managed to translate what worked about the sketch into a full length feature.