It has been a long wait for fans but finally Zack Snyder’s Justice League has arrived, bringing to the screen the director’s original vision of the superhero team-up movie, affectionally nicknamed the Snyder Cut.

Much hype was built in the weeks leading up to the film’s release, particularly for the ending which Snyder teased would conclude on a “massive cliffhanger” designed to lead into a sequel.

Although it seems unlikely that we will ever see this intended sequel (more on this below), it is still fun to breakdown the movie’s epic final battle and the subsequent epilogue which helps wrap up characters’ storylines whilst also planting seeds for future ones.

So get yourself strapped in as we are taking a deep dive into the ending of Zack Snyder’s Justice League. Be warned, spoilers lie ahead.

So How Does It End? 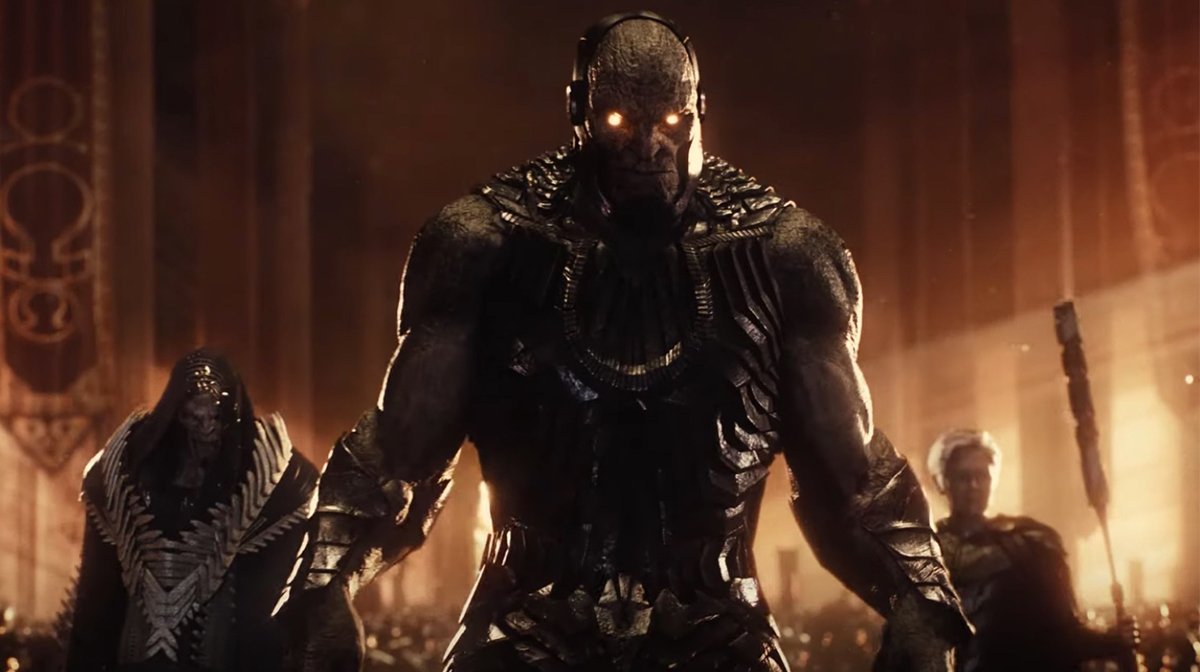 Throughout the film, Bruce Wayne and Diana Prince have been putting together a team in an attempt to stop the villainous Steppenwolf from discovering three Mother Boxes, which have been left on Earth by Darkseid, combining them to form a single entity called The Unity.

Essentially, The Unity will give Steppenwolf and his master Darkseid the ability to terraform Earth, transforming it into a replica of their world Apokolips.

Steppenwolf manages to acquire all three boxes and whilst he starts the synchronisation process, the Justice League step into action hatching a plan to put a stop to this.

Whilst the rest of our heroes take on Steppenwolf and his army of Parademons, Cyborg starts hacking into the Mother Boxes as The Flash runs around him at the speed of light helping build an electrical charge. 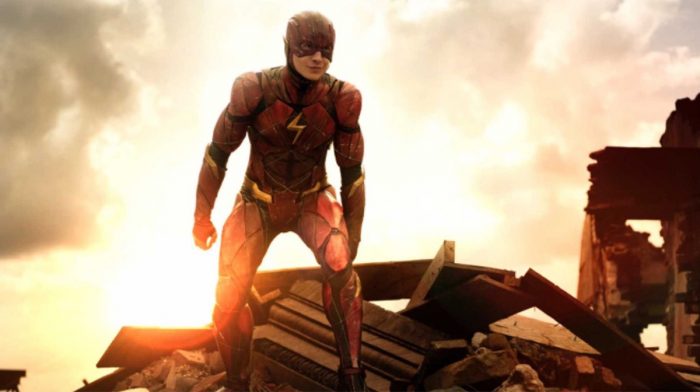 Everything starts going awry though when The Flash gets hit, resulting in Cybrog’s supercharge being lost and thus The Unity is completed. Out comes Darkseid ready to play and a huge wave of energy is unleashed terraforming Earth and destroying the Justice League.

Hold onto your horses though as The Flash survives (hallelujah) and so he breaks his one rule – running faster than the speed of light he turns back time (yes, I too now have the Cher song stuck in my head).

Easy-peasy we rewind to before The Unity is complete bringing back our heroes, including crucially Cyborg who is supercharged once again and is finally able to get into the Mother Boxes.

In an attempt to manipulate Cyborg, the Mother Boxes show him an illusion of his family back together again saying they can make this happen. 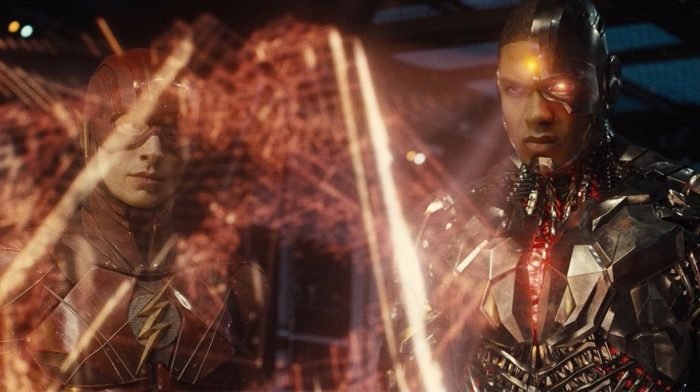 Victor remains strong though, says he’s not alone and pulls the Mother Boxes apart with the help of a returning Superman (who is looking great in his new swanky black suit).

The Justice League then kick Steppenwolf’s ass, with Wonder Woman beheading the villain whose lifeless body lands at the feet of Darkseid.

Threatening more violence, Darkseid then tells his allies that he will now retrieve the Anti-Life Equation which has been found on Earth, planning to use this to carry out his evil plans.

As Darkseid’s portal closes, the Justice League look on. 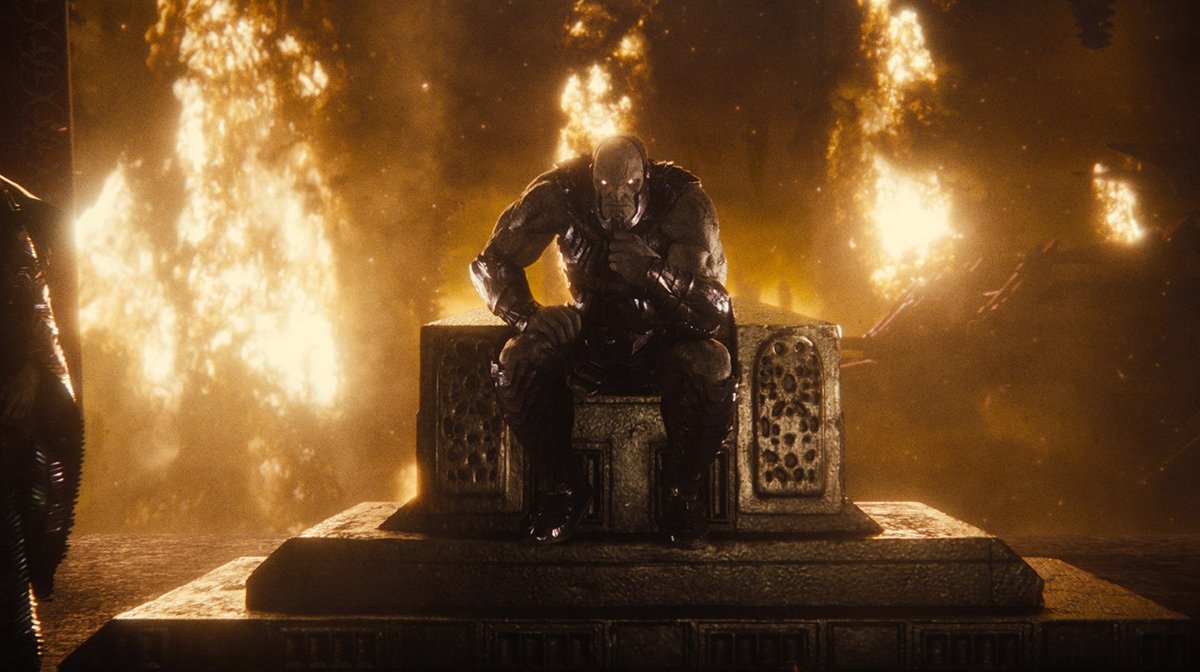 With Darkseid revealing his plan now is to seek out the Anti-Life Equation, a second Justice League movie is set-up which will have the supervillain as the big bad attempting to destroy Earth – which is of course the cliffhanger Snyder teased which was a key part of his original vision.

However, plans for a sequel were scrapped as Warner Bros moved the DCEU into a different direction. And whilst fans might have their hopes up the release of the Snyder Cut might change this, recent comments made by the director indicate that his journey with these heroes is now over.

In an interview with The New York Times, Snyder commented on the situation at Warner Bros: “They are 100 percent moving away. They consider the theatrical cut of Justice League as canon. That’s their decision. I wish them all the best.”

But whilst there are currently no plans, stranger things have indeed happened and if Zack Snyder’s Justice League is a huge success, there is always the possibility Warner Bros revisits the option. 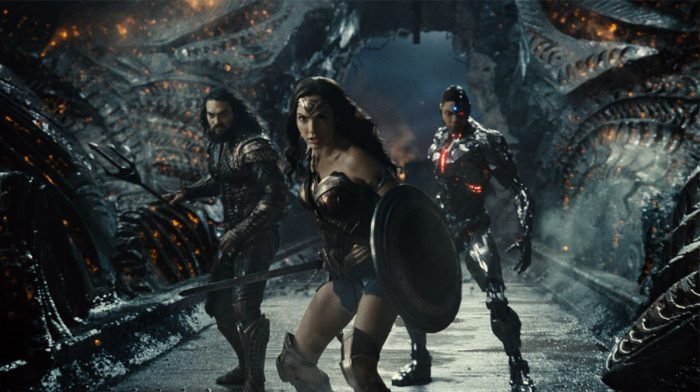 The new cut doesn’t just set up a Justice League 2 though, featuring an epilogue that plants the seeds for other projects within the DCEU that Snyder was clearly planning.

Once Darkseid’s portal closes the movie then cuts to the epilogue, which helps wrap up individual storylines and introduce new ones too.

Some of the epilogue is similar to how the 2017 theatrical version ended, as we see Bruce and Diana find a location for the Hall Of Justice (the superhero team’s headquarters), Bruce buys Clark’s family home (ain’t that sweet), and Barry goes to see his dad in jail to tell him about his new job at a crime lab. 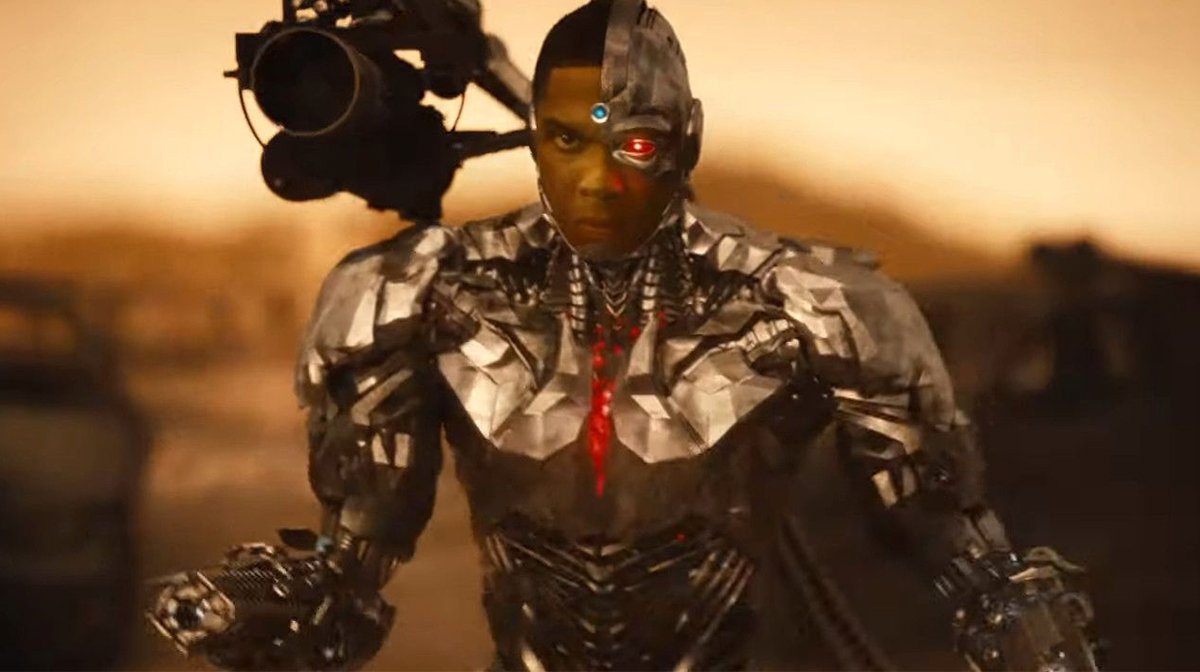 A new scene though wraps up Cyborg’s story as Victor listens to a tape his father left him before his sacrifice (earlier in the movie we saw Silas sacrifice himself so that the Justice League could find the Mother Boxes).

This allows Cyborg to have some closure, accepting both his father’s death and his new existence, also realising how he can use his abilities for good in the future. The intention probably was for this to lead into a Cyborg solo movie.

With Silas Stone now dead, Ryan Choi gets promoted to the role of Director Of Nanotechnology at the S.T.A.R. Labs. This addition may seem minor but there’s a reason it’s been included as in the comics Choi takes on the superhero mantle of The Atom, a character who uses nanotechnology to shrink down to impossible sizes.

It is very likely a future film would have seen Choi become The Atom, as hinted at with this tease. 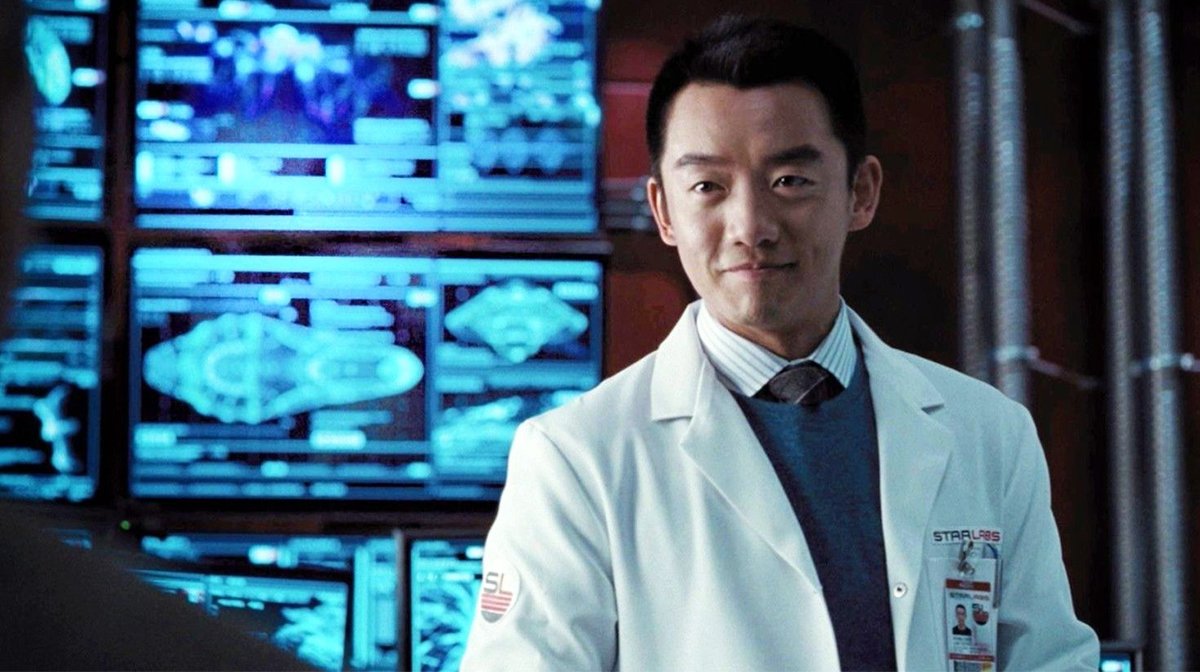 The post-credits scene of the 2017 version, which saw Joe Mangianello’s Deathstroke meet Jesse Eisenberg’s Lex Luthor, is now included in the epilogue.

But rather than discuss the setting up of the Legion Of Doom (essentially the Justice League but for the villains), the nefarious Lex reveals to Deathstroke Batman’s true identity.

Asking the formidable mercenary that is Deathstroke whether he has a taste for revenge, Lex tells the assassin that Bruce Wayne is indeed Batman.

This information would have probably led to the events of the originally planned Ben Affleck Batman movie, which has now been replaced by the upcoming reboot The Batman, starring Robert Pattinson as the Dark Knight instead. 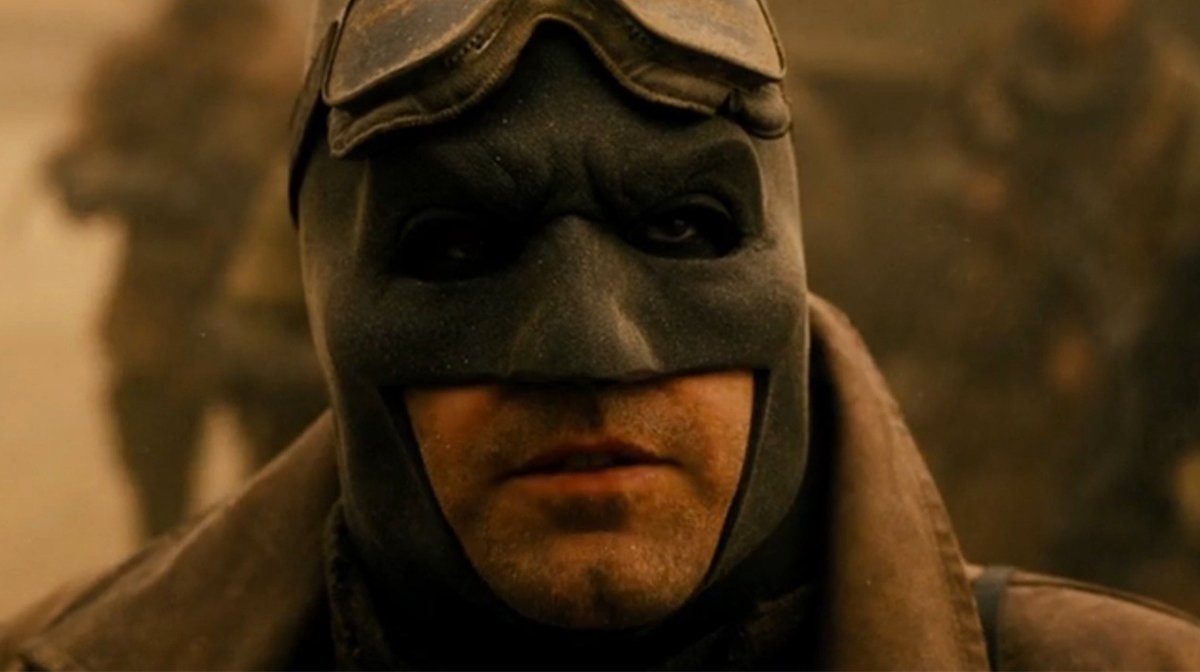 Having wrapped up the main story and other characters’ storylines, Snyder then returns us to the Knightmare timeline (the alternative dark apocalyptic future in which Darkseid succeeded in his plans).

Lois Lane is dead. Superman has killed Aquaman after his mind has been manipulated by the Anti-Life Equation. And Mera is out for revenge.

Mera is joined by Batman, Cyborg, The Flash, Deathstroke and The Joker (played by Jared Leto), all of whom are survivors who reluctantly team-up in an attempt to reverse the death of Lois by sending Barry back in time, which will also save Superman’s mind and thus Aquaman too.

Because The Joker is The Joker, he taunts Batman bringing up Lois’ death before offering our Caped Crusader a playing card, representative of a truce between the two. 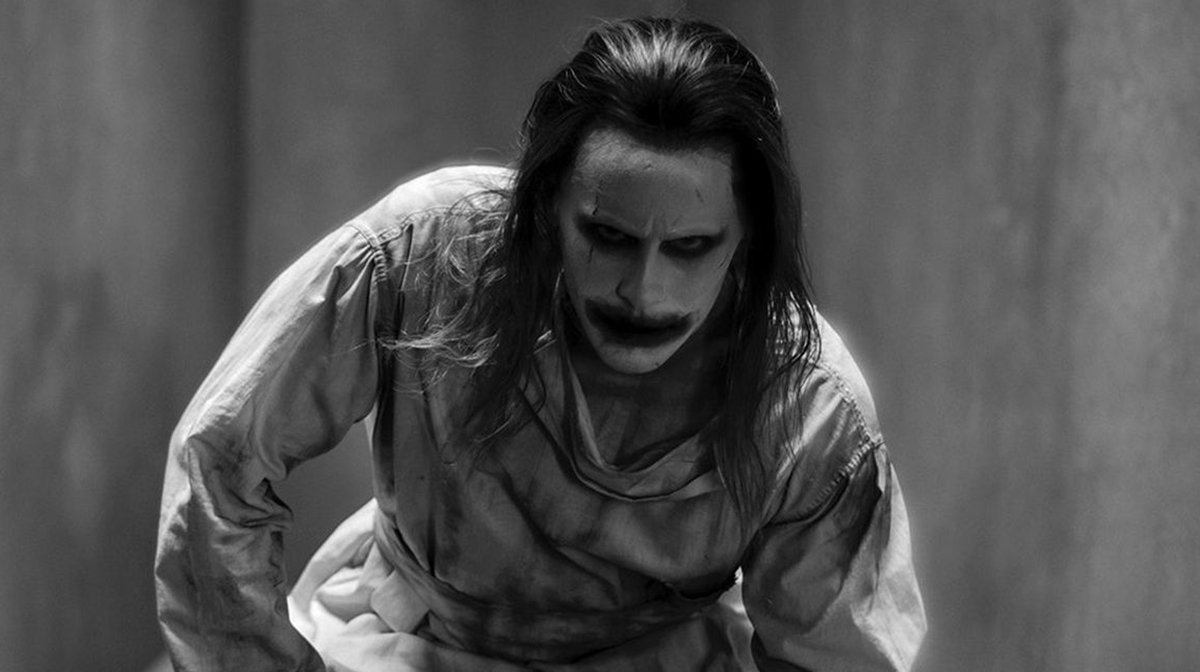 Bruce also gets a jeer in though about a dead Harley Quinn before Superman suddenly arrives looking rather p*ssed off.

The scene then sees Bruce waking up from the Knightmare, leaving us with yet another cliffhanger and questions as to where this was going next.

Of course this moment opened the door for several different storyline options, especially since the two enemies are joining forces, but crucially Batman meeting The Joker in the first Justice League film wasn’t a part of Snyder’s original vision, instead it was meant to come later on.

Snyder shot the additional scene though as he felt he owed fans this moment before he exited the DCEU, telling The New York Times: “I added it because this was going to be the last movie I make for the DCEU and to have this entire cinematic universe without Batman and Joker meeting up just felt weird.” 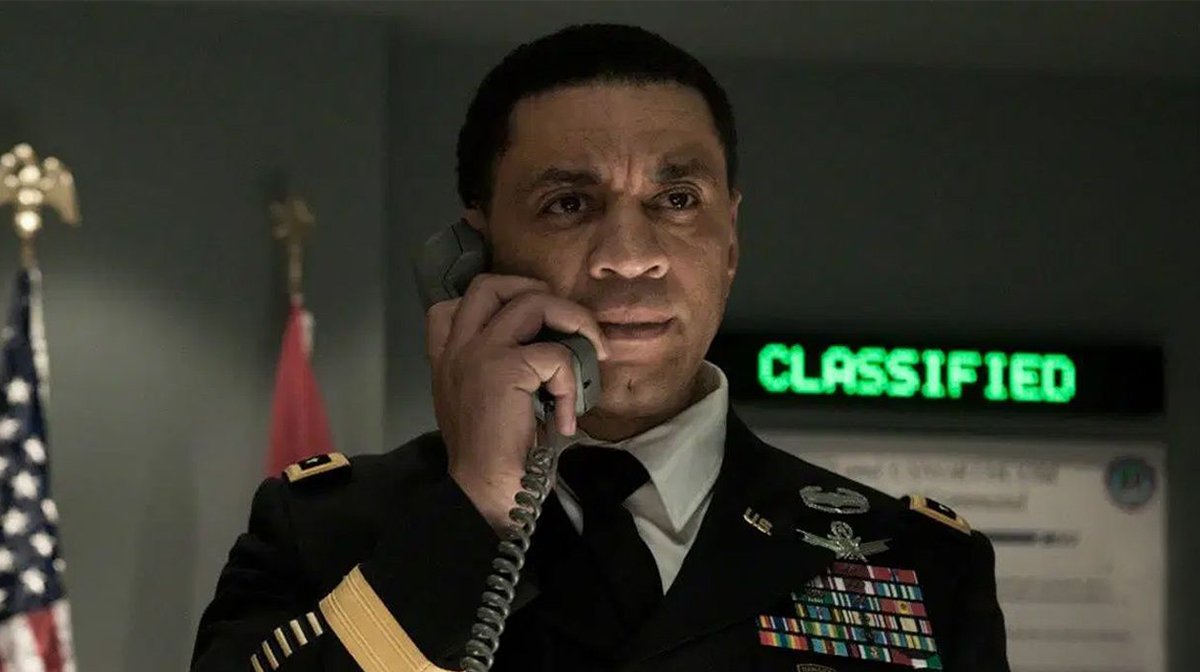 The very last scene of the movie introduces us to Martian Manhunter (a.k.a. alien J’onn J’onzz who is one of DC’s most powerful heroes), the big superhero cameo that has long been teased.

When Bruce wakes up from the Knightmare he is greeted by the Martian who arrives with a warning – that “Darkseid is not finished with Earth” (no sh*t Sherlock).

Martian Manhunter though is here to offer his help, telling Bruce he will “be in touch” also revealing his identity (cue cheering from fans).

Although Bruce doesn’t know it audiences will recognise that Harry Lennix is portraying Martian Manhunter, meaning that the alien has been hiding in plain sight disguised as General Calvin Swanwick, who we first met in Man Of Steel. 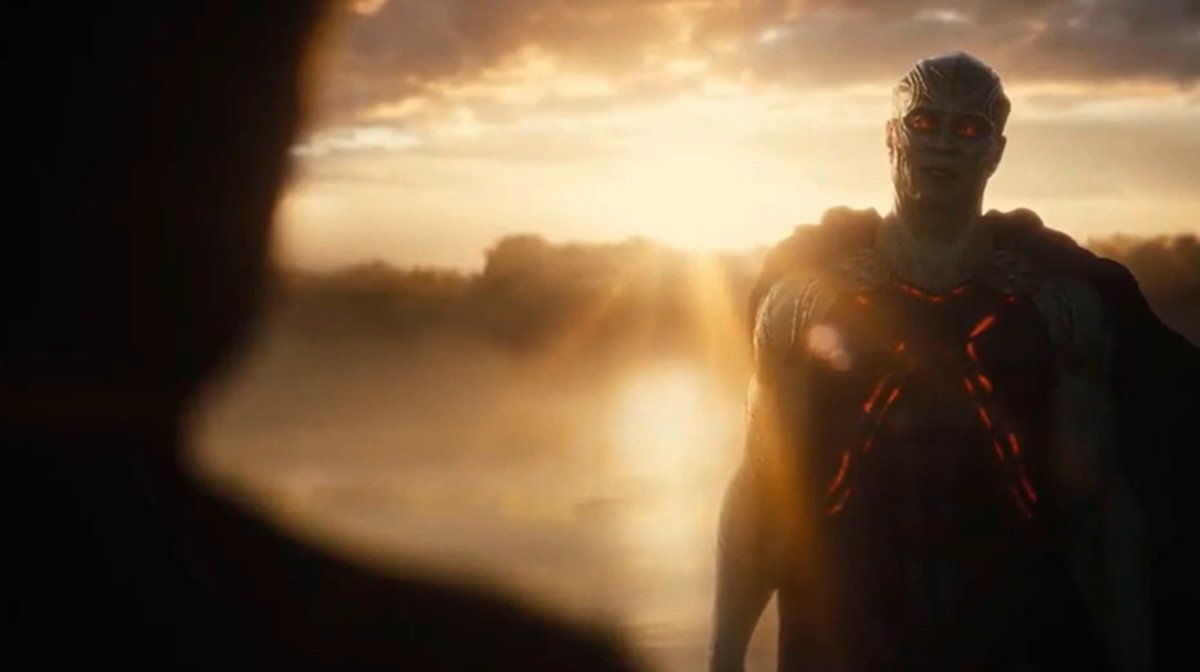 Earlier on in the movie we also saw the Martian disguise himself as Martha Kent to convince Lois Lane to reengage with the world.

As revealed in the production notes, for Snyder the concluding scene of Martian Manhunter meeting Batman acts as a coda for the movie, one which would set up the alien’s future appearance as he joins the Justice League in the fight against Darkseid.

Snyder makes it very clear himself that it won’t be an easy battle: “If Darkseid comes, you’re going to need all hands on deck to face that.”

Whilst we won’t see this Darkseid War that Snyder envisioned, he ensured his cut of Justice League still had all the cameos and teases fans were hoping for.

Zack Snyder’s Justice League is out now on Now TV and Sky Cinema.