Very few filmmakers have had a career as long and as diverse as Roger Michell, a Brit who made his name directing the acclaimed romantic-comedy Notting Hill, then going on to make dramas like Enduring Love, even trying his hand at a gothic thriller with My Cousin Rachel.

His latest movie Blackbird is also something new to Michell, a remake of the 2014 Danish film Silent Heart which tackles the sensitive subject of euthanasia.

With an all-star cast that includes Kate Winslet, Susan Sarandon, Sam Neill, Rainn Wilson and more, Blackbird sees a terminally ill matriarch assemble her family together to spend one last weekend with them before she ends her life.

We spoke to Michell about the movie, the legacy of Notting Hill and his concerns about the future of the cinematic experience.

Zavvi: How did you become involved in this project?

Roger: I got sent the script but one of the producers who I had worked with in the past. It was a literal translation of the Danish original, Silent Heart, which I have purposefully never seen.

I read this script and I was instantly intrigued by it, not so much the subject matter but the challenge of a film set in one location, over three days with eight characters in it. That’s a big challenge for a director and I thought it would be interesting to have a go at solving that puzzle. 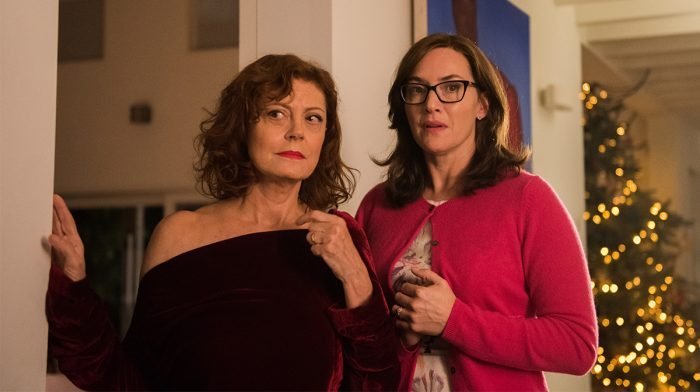 Zavvi: The cast is incredible. There’s Kate Winslet, Susan Sarandon, Sam Neill and the list goes on. How did you assemble such a cast?

Roger: I cast Kate first and that’s a huge bonus as if you cast her in a film, it’s like a stamp of approval.

We were going to have Diane Keaton but she had to pull out due to scheduling, so I was pleased when Susan came on board. She did brilliantly and now I can’t imagine anyone else playing it. 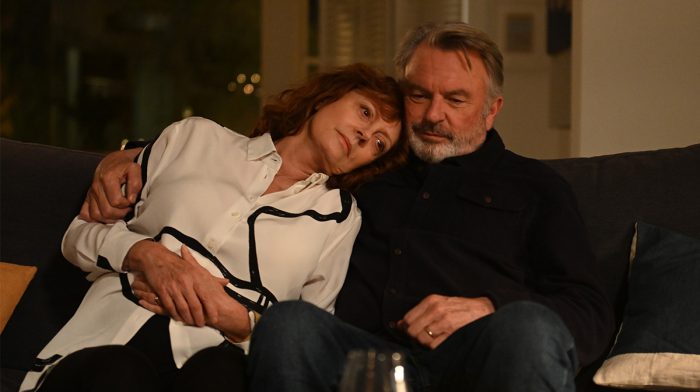 Zavvi: What research did you do into euthanasia before tackling this movie?

Roger: I did do a lot of research and was surprised at how it was much more complex than you may think. There are good reasons why it isn’t legal everywhere and although this film is about it, it’s not an advert and doesn’t campaign for it.

But it’s hard to come out of it thinking they have done a bad thing, she has achieved what she wanted which was a glorious exit.

Euthanasia just means ‘good death’ in Greek, and it happens mostly under the radar. If you make it transparent and legal it could be subject to all kinds of abuses. People need protection. It’s a difficult one. 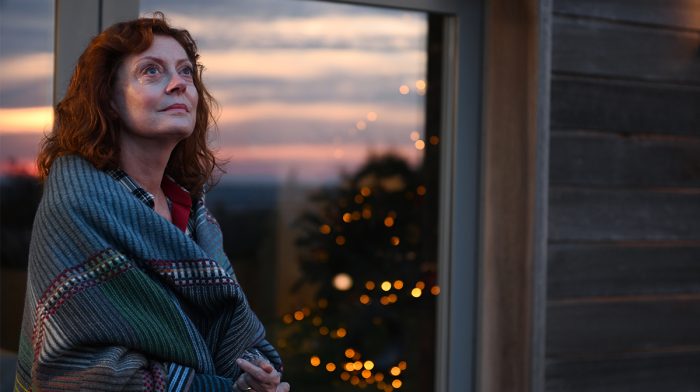 Zavvi: And do you feel your experience on this movie changed your thoughts on the subject?

Roger: It made it clearer to me any legislation around it has to be thought through very carefully. Before I dug into the subject matter I thought it’s an oppressive way of stopping people taking their own lives in aided suicides.

I don’t think that any more, it’s more complicated than that. And that’s reflected in that it’s legalised in some places but not in others. It’s also something that will only get more and more attention. 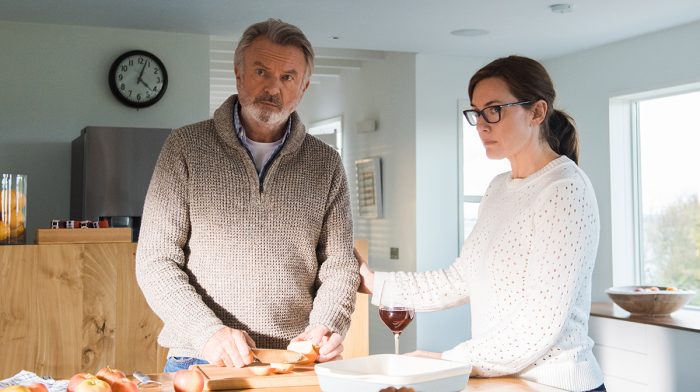 Zavvi: I do want to talk about the house, which as you said is where the whole film takes place. How did you find it as it is gorgeous?

Roger: It was through Kate Winslet. I was looking all over England for the house and Kate kept banging on about this one round the corner from where she lived. And I thought she was only suggesting it so she could get a lie in during filming.

She sent me pictures of it and I didn’t think much of it to be honest, but I agreed to go see it and the minute I set foot in it I thought with some jiggling it could work for our film, it was amazing.

We rewrote the scripts round the house a little bit, and the house became like the ninth character in the story. 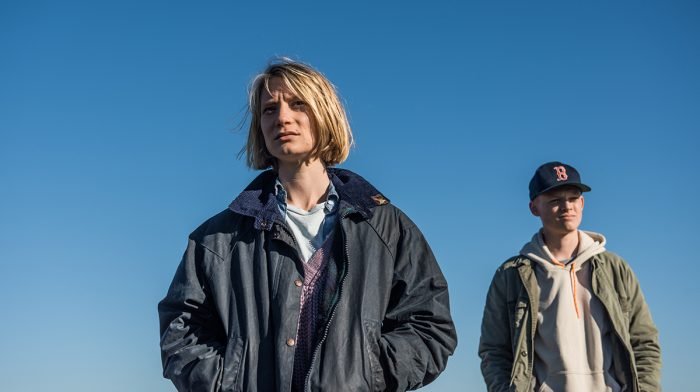 Zavvi: What do you want audiences to take away from this movie?

Roger: The message is live life. Live life whilst you can. It’s much more about life than it is about death, and it encourages you to seize the moment. 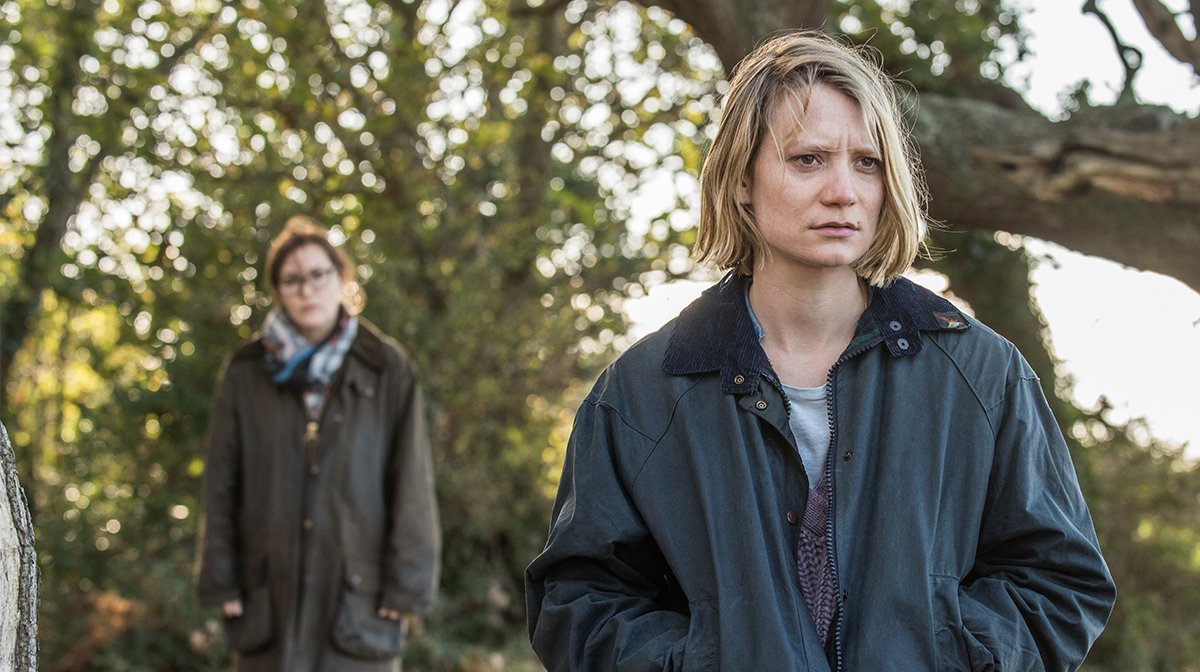 Zavvi: And you also directed Notting Hill which is a classic. Did you ever think it would have the legacy it does?

Roger: Whilst making it I realised it had to be pretty successful or it would be a failure as the previous film, Four Weddings, had been such a huge success if we didn’t do better than that it would be like a failed second album.

But I am surprised and delighted 20 years on people are still talking about it and celebrating it. 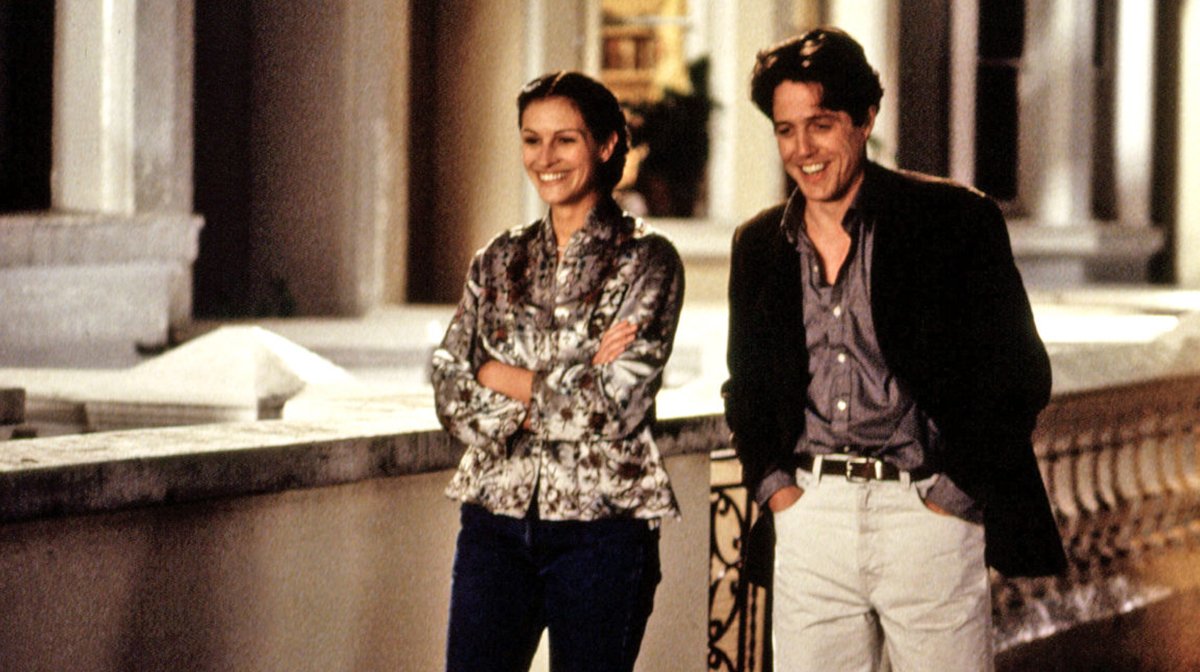 Zavvi: And is it a world you would like to return to at some point?

Roger: I think that will be a tough one. The world has changed so much. I would like to have another go at a rom-com but they are really hard to do. It’s much harder to do comedies than serious films. 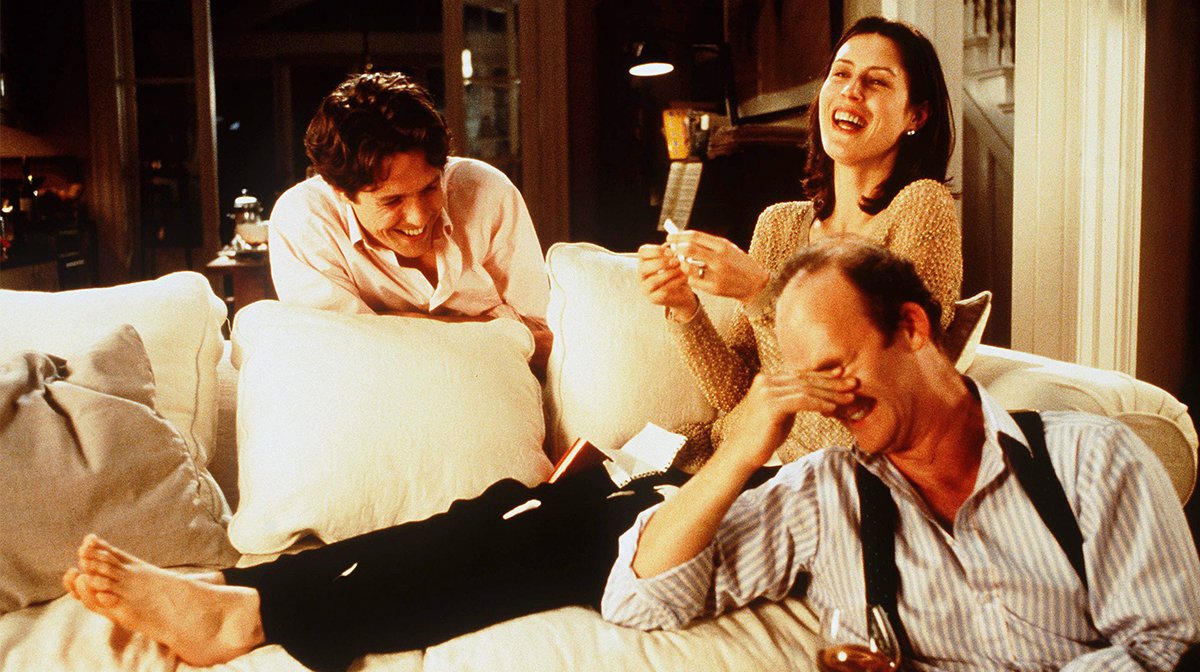 Zavvi: And why is that?

Roger: Comedy isn’t funny when you are doing it. Like when we were doing Notting Hill we rehearsed for a week and then did a read-through and everyone fell about laughing.

And then we started shooting it and of course nobody laughed for months as we were doing the jokes over and over again. It’s an interesting discipline but a hard one.

Zavvi: So you have been working in the industry for a few decades now. Would you say one of the biggest changes is the move to VOD and streaming?

Roger: And COVID has obviously accelerated the whole process. But I think it’s great, VOD and streaming is the future.

I just hope there is room in the future for the cinematic experience. Not just tent-pole but movies like Blackbird which premiered at festivals and as a filmmaker, sitting with a big audience and hearing their reactions, laughing and the sound of tissues being removed from packets, it’s hugely gratifying. 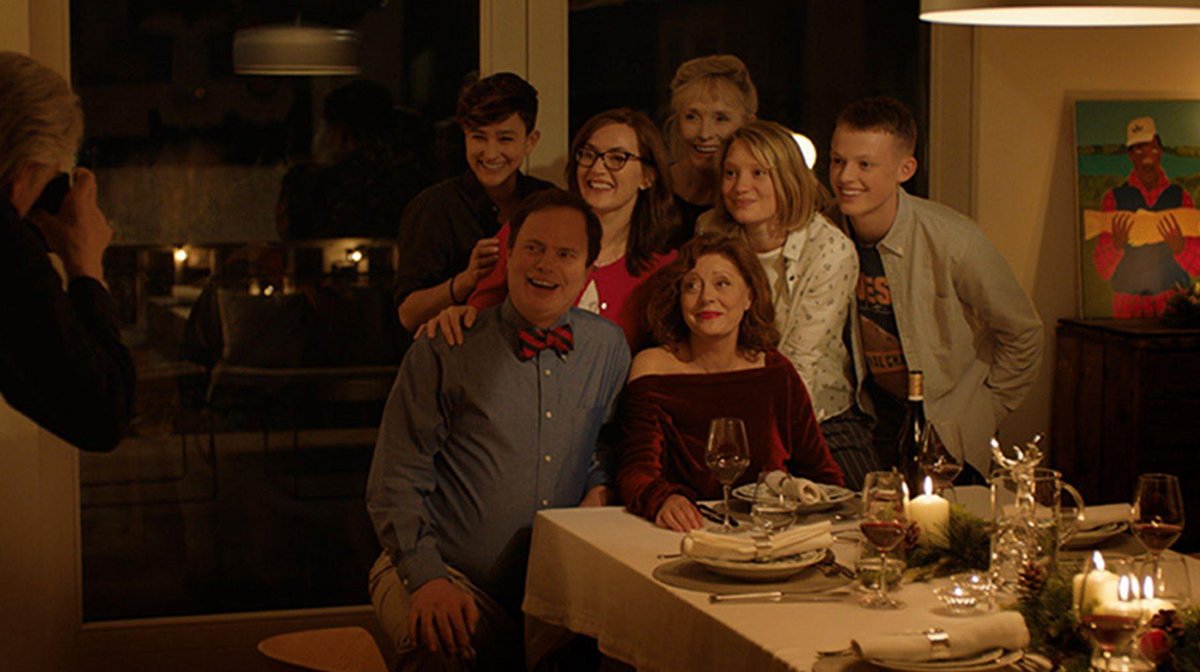 Zavvi: And are you concerned about the impact of COVID on the film industry?

Roger: At the moment it’s hopeless getting an indie project off the group, I mean I wouldn’t even try right now. I’m more worried about the future of theatre which is my other occupation and first love. 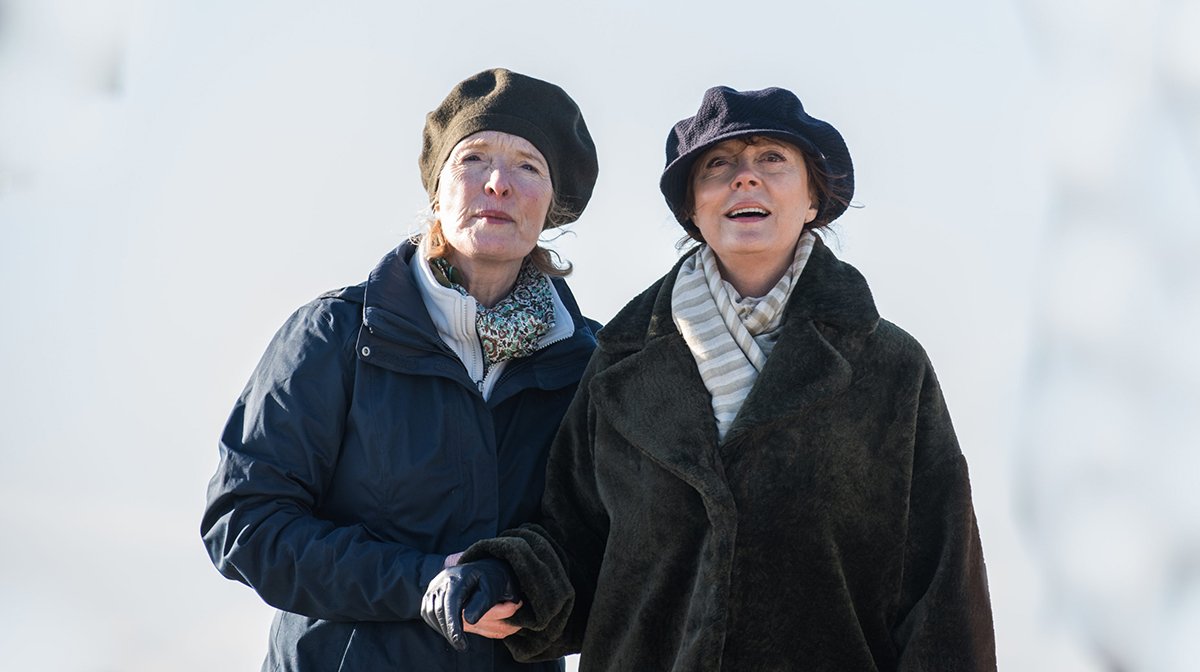 Zavvi: And what’s next for you?

Roger: Partly because of COVID I am doing a documentary next which is based entirely on archive, so I don’t need a crew or to shoot anything.

And I just finished another film called The Duke and I feel lucky I got that done just in time, I finished shooting it two weeks before lockdown. All of us have to adapt best we can to the changing world.

Blackbird is on Digital Download now and DVD 28th September.