After rising to fame overnight as Shaun in the instant British classic This Is England, actor Thomas Turgoose has built a career navigating between gritty homegrown dramas and more comedic roles.

In Looted, he plays to both strengths as Leo, the wisecracking best friend of reluctant carjacker Rob (Dunkirk’s Charley Palmer Rothwell), who Leo is pulling further into a life of crime.

Zavvi got a chance to sit down with Turgoose to talk about being involved with the project from its origins as a short film, as well as whether there’s any truth to the rumours about a new millennium-set series of This Is England.

Zavvi: You’ve been involved with this project for quite a while, ever since it was a short film. What was the journey to transforming it into a feature?

Thomas: The thing with short films is that they have to be something you feel passionate about, and you have to feel confident in the writing and directing, otherwise you could do 50 short films a year that never go anywhere.

And when the script for the short, Jacked, came in, I fell in love with it.

Then I met Rene (Pannevis, the director), and straight away I knew this guy was going to go far. He had a real vision, and had a lot of trust in me in terms of what I was allowed to do with the character, and then Charley came on board as the lead, and straight away we all became good friends.

We fell into this little bubble where we all had trust in each other, and when we finished the short we realised we had so much more we could do with this idea.

Me, Charley and Rene met up in London when he’d completed a feature script, and we really made this into an amazing story. From everyone that was involved, from the actors to the producers, a lot of blood, sweat and tears went into making this, so I really hope people like it. 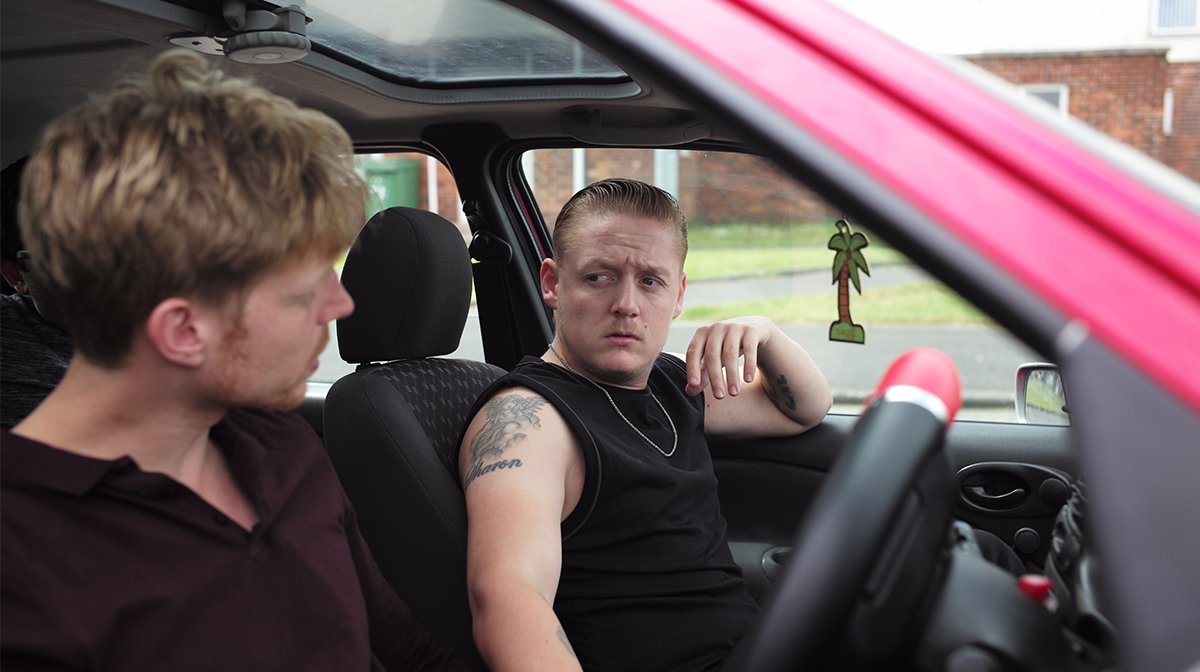 Zavvi: And this film is semi-autobiographical for Rene too. What did he say to help you get into character?

Thomas: When you meet Rene, you just would never expect he got up to the things he did when he was younger!

It’s always a tough one when you’re working on something that’s autobiographical for the director, because you can’t go in there with a big ego and say “this is what we should do”, you’re telling the story of someone’s life and you want that to be as honest as possible. 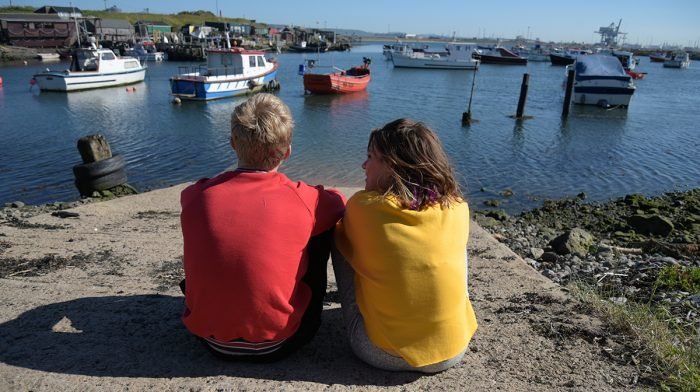 But he had a lot of trust in us, especially when it came to improvising some of the dialogue, and that made us feel comfortable telling his story.

The movie cost nothing to make – I could have probably got a job at Tesco’s and earned more. But I loved that script and wanted to get it made, and you can really tell in the finished product that everybody involved in this was there for the right reasons. 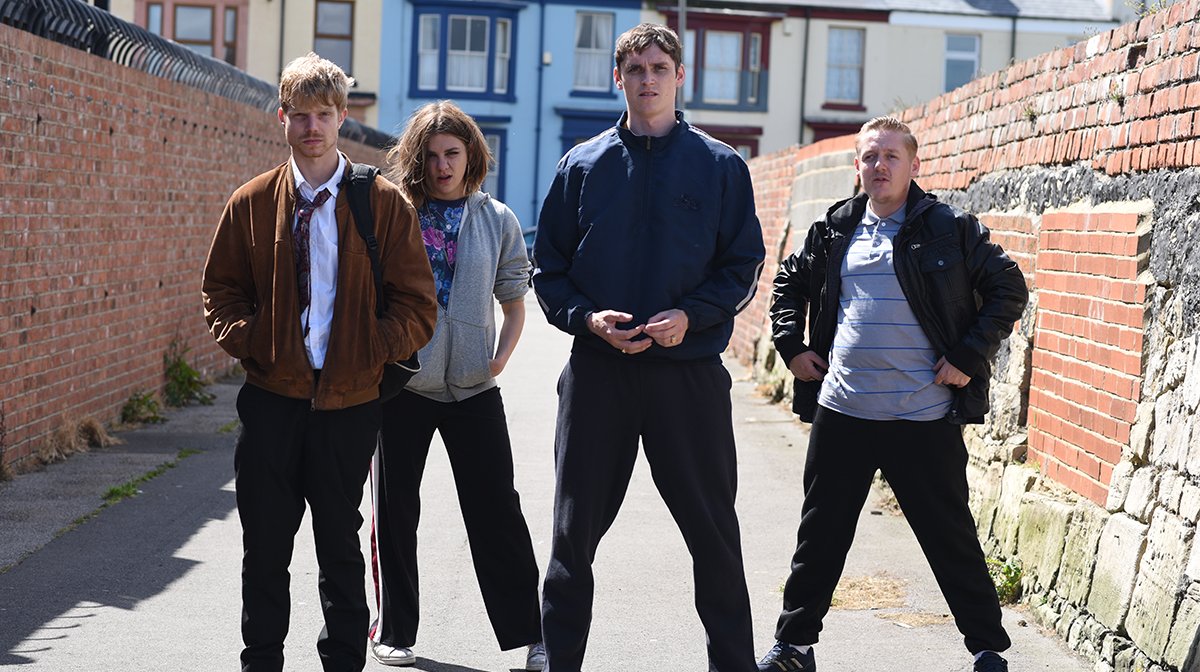 Zavvi: Your choice of projects seems to be equally balanced between gritty dramas and more comedic roles –
when you’re looking through scripts, what is it you gravitate towards?

Thomas: When you’re doing comedic roles you’ve got to be funny on camera, but then you’re trying to be funny off camera after you’ve done a scene, and I often think to myself “am I having too much fun here?”

When doing drama, I love getting into a character as they’re going into these emotional stages, but it’s very hard for me to switch those emotions off because I’m placing myself in that state, and switching off as soon as the scene wraps just isn’t healthy.

It’s important to find that balance – of having fun while having respect for yourself, and the other actors who are taking themselves to these emotional places. 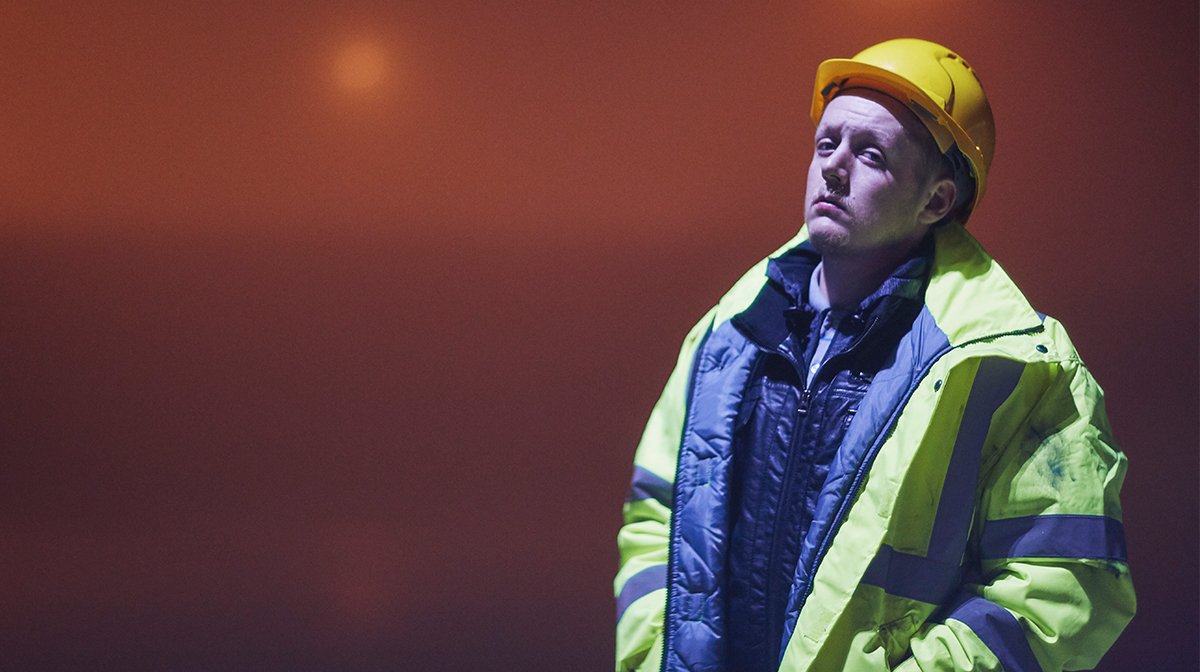 Zavvi: This sounds like the struggle for any actor working with Shane Meadows!

Thomas: Yep, it’s hard to switch off after you’ve done a day working with Shane Meadows, let me tell you!

Zavvi: He’s been talking for years about his idea for a This Is England ’00, that he wants to film in a few years time, a decade after you filmed This Is England ’90. Has he spoken to you about what that idea entails? 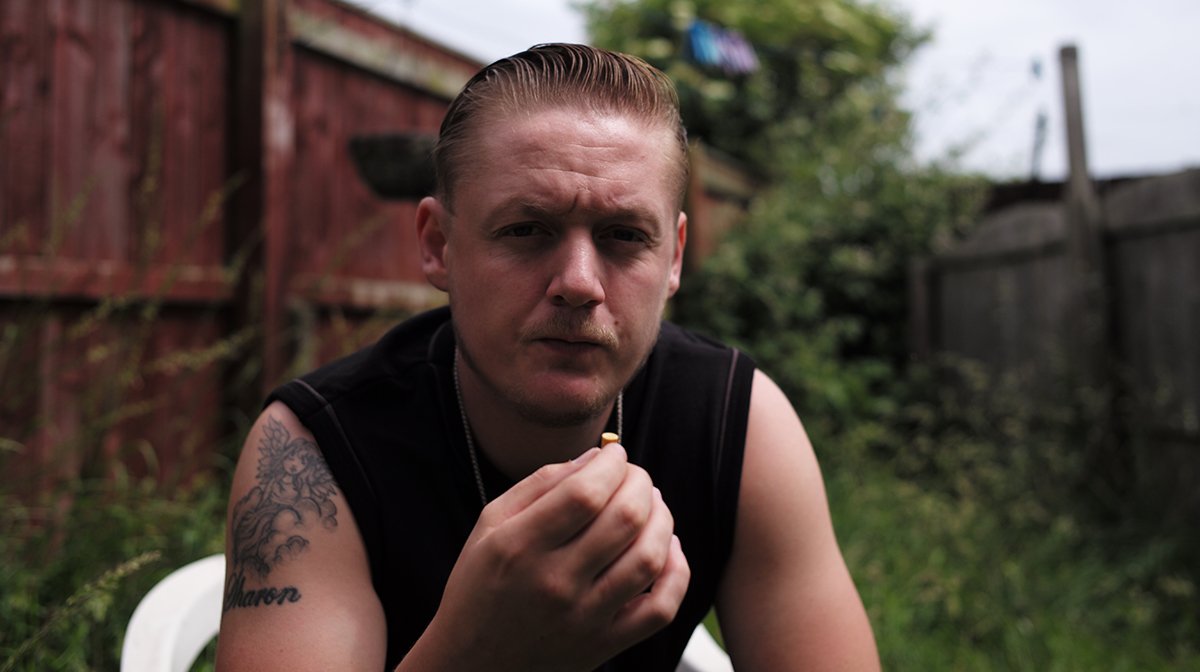 Thomas: He’s not said anything about it to me. What you’ve read in the press is as much as the people in his life know – This Is England is his baby, and he feels like he can’t leave it.

The times we have together when we’re making these are so precious, and we don’t want to starve ourselves of that, even if Shane didn’t want to make another one.

But we’re all still in touch regularly; I texted Shane and was on FaceTime to Michael Socha (Harvey) this morning, and I speak to Andy Ellis (Gadget) and Vicky McClure (Lol) most days. We are still this gang, but we don’t have cameras there to show to the world. 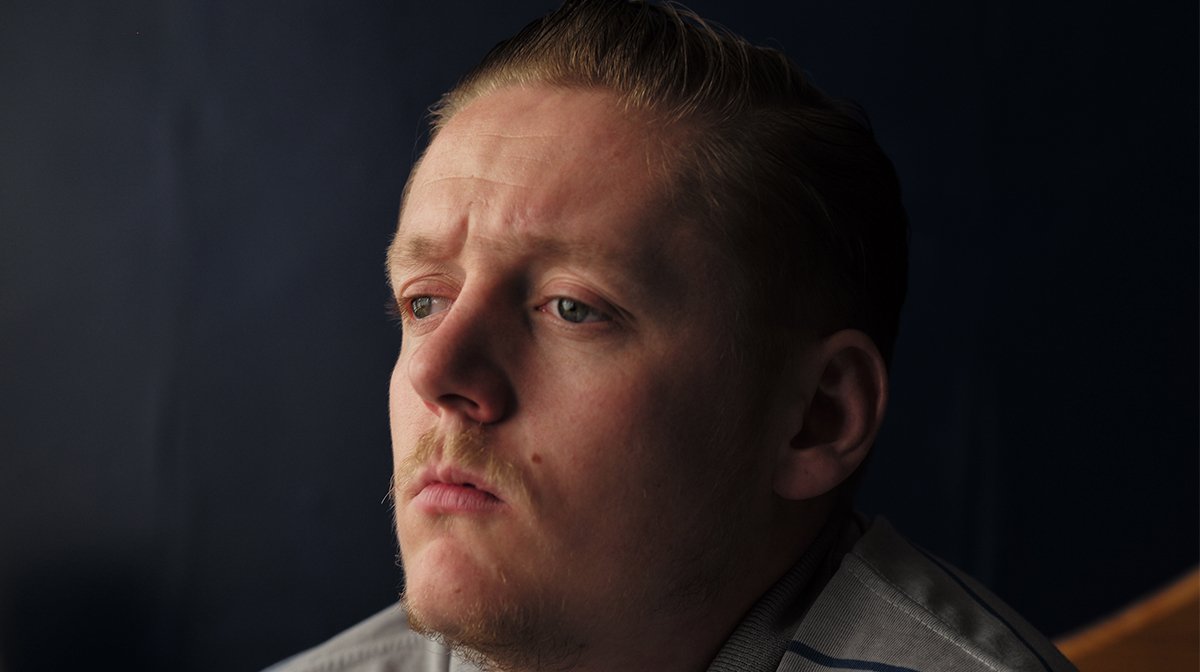 We’re just so lucky than 15 years after making that film, people still care about it. A couple of summers ago a friend took my phone and thought it would be a laugh to tweet from my account that This Is England ’92 was happening.

Before I knew it Radio 1 were ringing me and Shane was messaging asking “what the f**k?”

But he then said that it was so lovely that people still care so much about the characters based on the response that got. If he does want to do another one, I know people will still care for them – and we will too. But it’s all down to the big man! 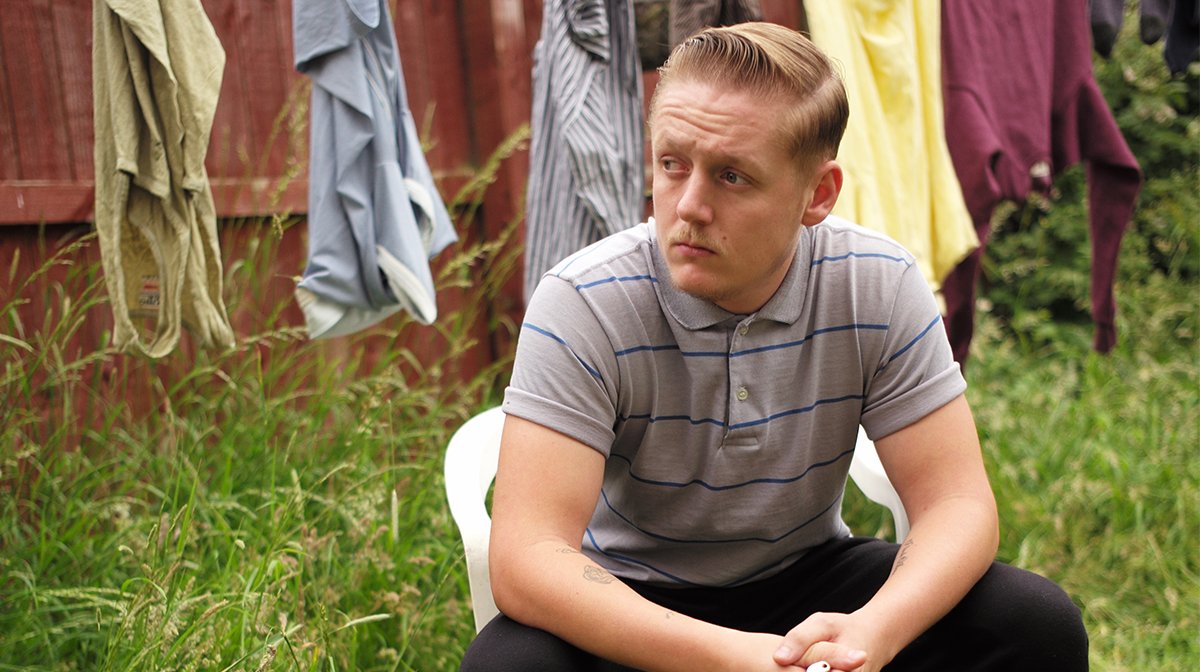 Zavvi: In terms of things that aren’t just rumours, what are we going to see you in next?

Thomas: I did a film called Creation Stories about Alan McGee, the man responsible for discovering Oasis and Primal Scream, which should be out the beginning of next year.

And I did a Sky One series called Intergalactic which was a good experience. We spent eight months flying around in outer space via green screen, and that should finally be on TV in the new year too.

Looted is available on VOD from Friday 6th November, including on Curzon Home Cinema.