It’s a story that sounds too ridiculous to be true.

In 1943, British intelligence engineered a deception operation that involved dressing up a dead body as a Royal Marines commander, placing letters on him to convince the Germans the allies were about to invade Greece.

With the Axis powers distracted, they could go and liberate Sicily from fascist rule without any Nazi pushback.

The unbelievable story is the basis for Operation Mincemeat, a new war thriller that takes us behind the scenes on the mission and the many times it flirted with disaster.

It stars Colin Firth as Ewen Montagu: in real life, Montagu’s trunk of classified documents were given to author Ben MacIntyre by his son Jeremy (“it was absolute gold dust for a non-fiction writer”), forming the basis for the book the film is adapted from.

Within these documents MacIntyre discovered something previously unknown to the world: prior to becoming a successful author, Ian Fleming had a hands-on role in devising this mission. 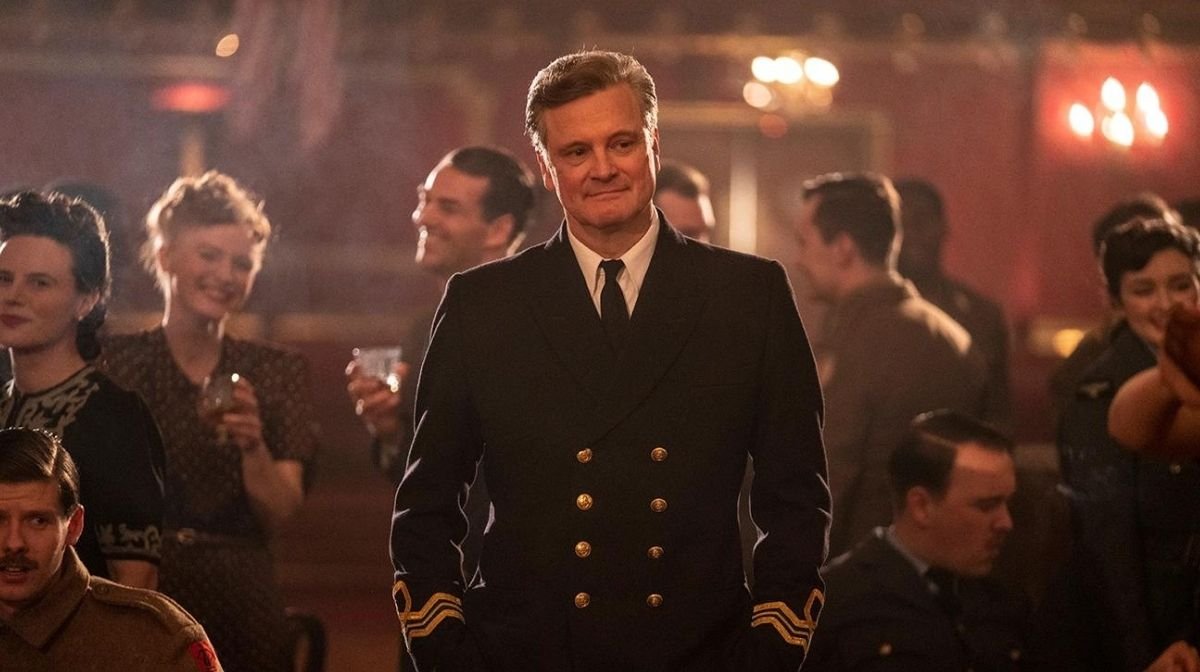 “It was one of the most exciting revelations”, MacIntyre explained to Zavvi, “the godfather of 20th century espionage fiction was on the ground floor of the operation.

“He was one of the originators of that first idea of the plot and it’s remarkable just how many people he was working alongside were frustrated novelists too.

“When it comes to creating a narrative, there isn’t really that much difference between what spies do and what authors and filmmakers do!” 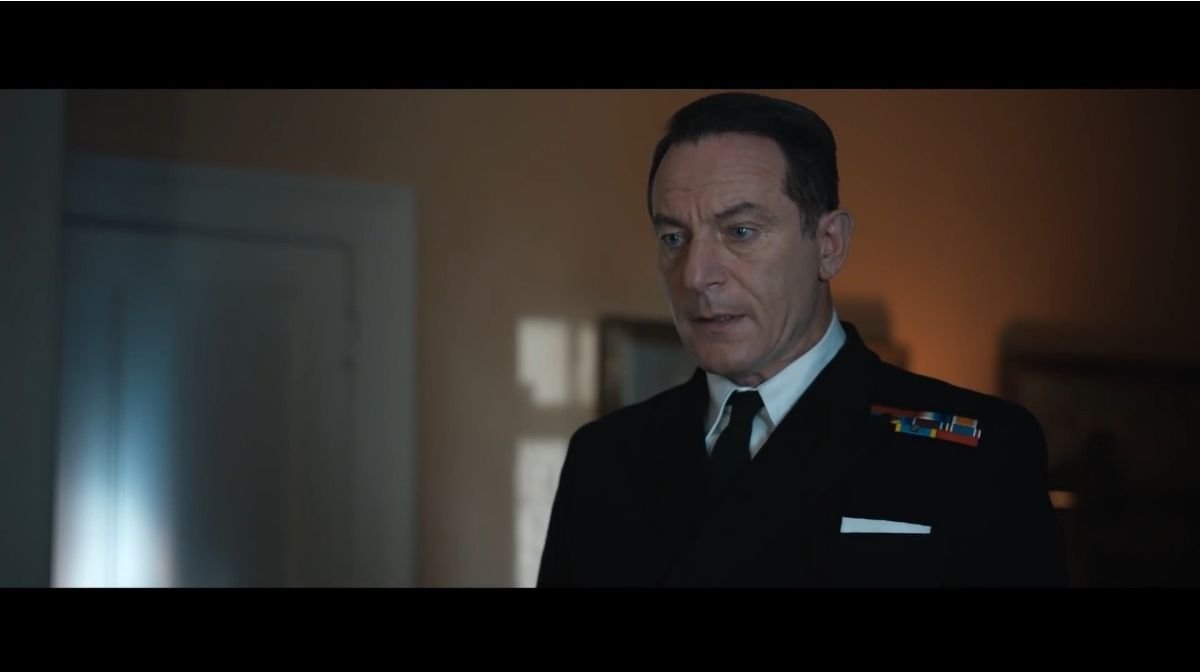 In the film Fleming is played by Johnny Flynn, while Jason Isaacs portrays Royal Navy officer John Godfrey – the man who was the key inspiration for one of the writer’s most enduring creations, M.

The ties to the world of James Bond would be daunting for any actor, but Isaacs made sure he wouldn’t be distracted by that, knowing he had a duty to tell the story behind this stranger-than-fiction tale.

“Before doing this film, the story existed to me as just a headline”, he told Zavvi. “I knew a body had floated up, but had no idea of the extraordinary efforts behind it, let alone the characters who were involved and how many times the plan skirted towards disaster. 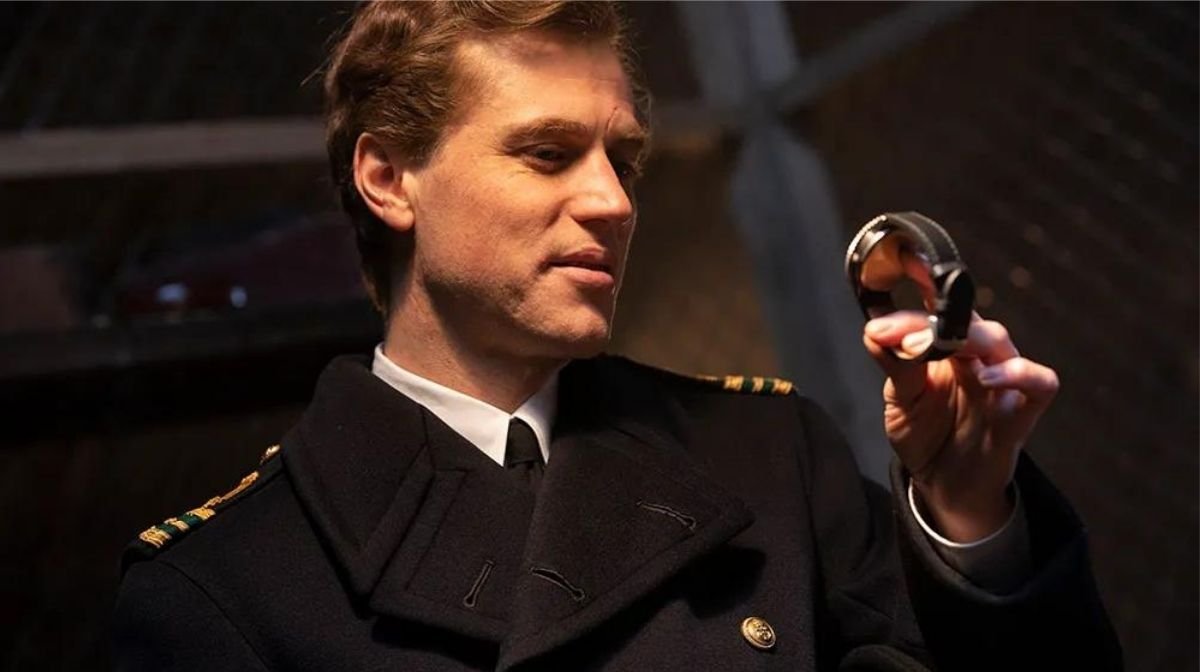 “In the moment of acting, you’re just trying to beat the Germans and win the war. For our story, it’s not a good idea to be thinking beyond that; acting is about being in the moment, and you can’t even start to think about what the audience is bringing to the part you’re playing.

“I’ve got a million deceptions going on already and I’m trying to convince Churchill to trust us – I can’t be thinking too much about playing a character who was the inspiration for M!”

For Flynn, whose father was born in a prisoner of war camp in China during WWII, the attraction to the movie was less to do with playing an iconic author and more about retaining the memories which are receding in the public consciousness.

“When I was a kid, I remember coming to London for the 50th anniversary VE Day celebrations, and seeing the soldiers who fought in the war there”, he explained to Zavvi. 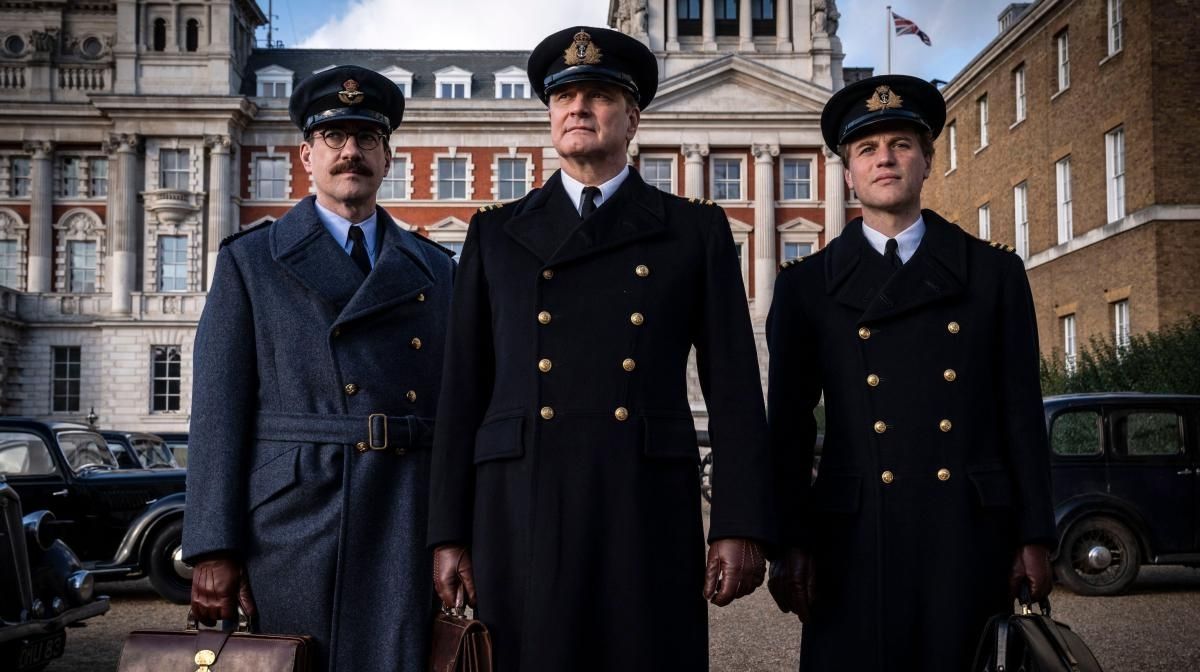 “And they just didn’t seem that old. It really highlighted how this was still within recent memory, and how people’s parents and grandparents were involved in the war effort.

“But now it seems like those memories are receding, and the people who were actually there and fought are gone. These stories are first-hand evidence of all that they went through, and it’s amazing that I get to help keep them alive, highlighting just how brave, outlandish, and bonkers the things that happened were.”

As a post-war baby, director John Madden was vaguely familiar with the story growing up, but it wasn’t until screenwriter Michelle Ashford gave him a copy of MacIntyre’s book that he learned the full extent of it.

Naturally, he agreed to make the film the second he finished it – but there were difficulties in bringing it to the screen. 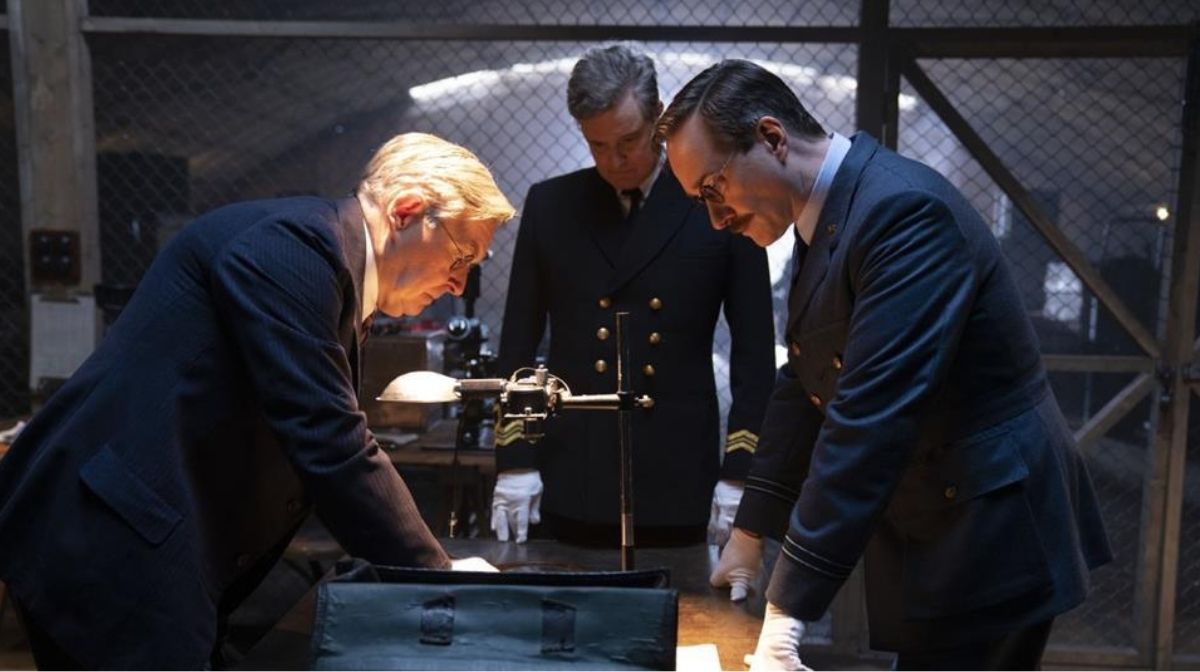 “The character of Ian Fleming was both a gift and a booby trap”, he told Zavvi. “It’s the Fleming who hadn’t become a writer at that point – he was a great thinker who was alive to great ideas and tricks you could play, and for a while it didn’t immediately become clear how we could utilise him in the storytelling.

“Michelle had the breakthrough idea wondering what it would be like if the story was narrated by him, and then it became this thing where the whole story was effectively mediated by the man who ten years later would write Casino Royale. There’s something so deliciously ridiculous about that, and it gives an extraordinary arc.

“It was very interesting to have Fleming tell this debut piece that we created for him, and essentially be telling the story just as he himself is caught in it, with no idea whether the plan has been a success or not.” 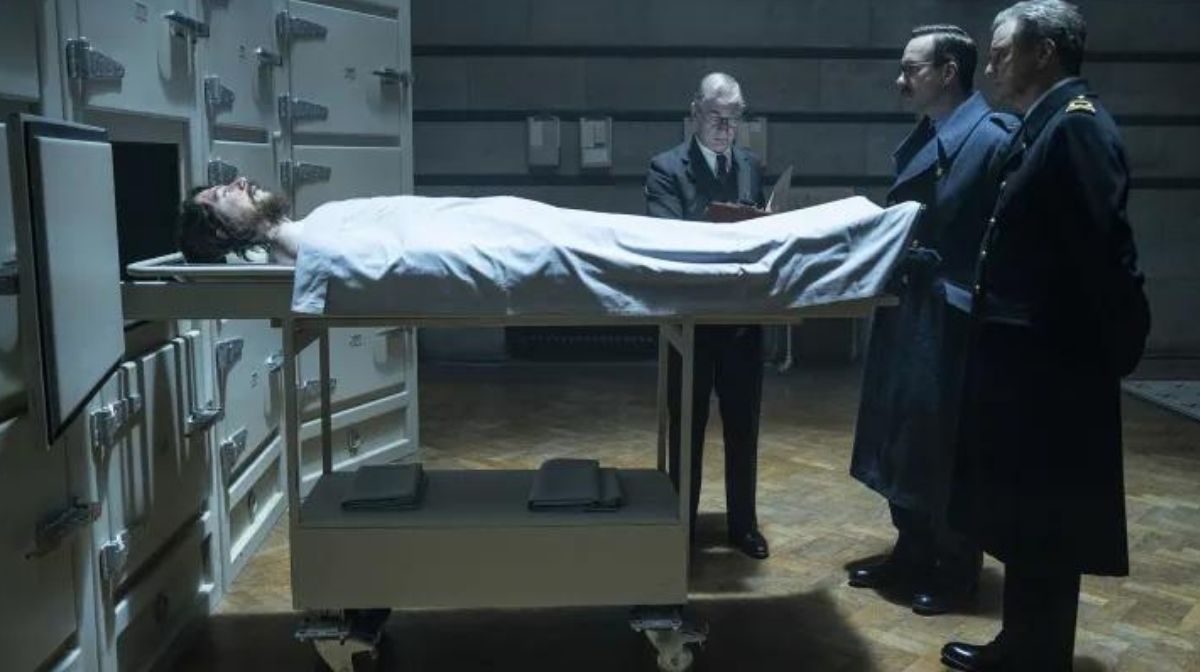 Another novelty for the war film is something that didn’t immediately jump out to the cast while shooting: that in this typically male genre, we have two female characters (Kelly Macdonald’s Jean Leslie and Penelope Wilton’s Hester Leggett) who are central to helping make the plot a success.

Both actresses hope that this can lead to a new wave of stories dedicated to the female war experience in Britain.

“I think it did feel like a novelty seeing female characters being centered in a war story, and being integral to the whole situation that they found themselves in”, Wilton told Zavvi.

“I was very pleased to be a part of a story like this, but we didn’t think about it too much while filming – it just seemed normal. It was in the script so we didn’t think twice! 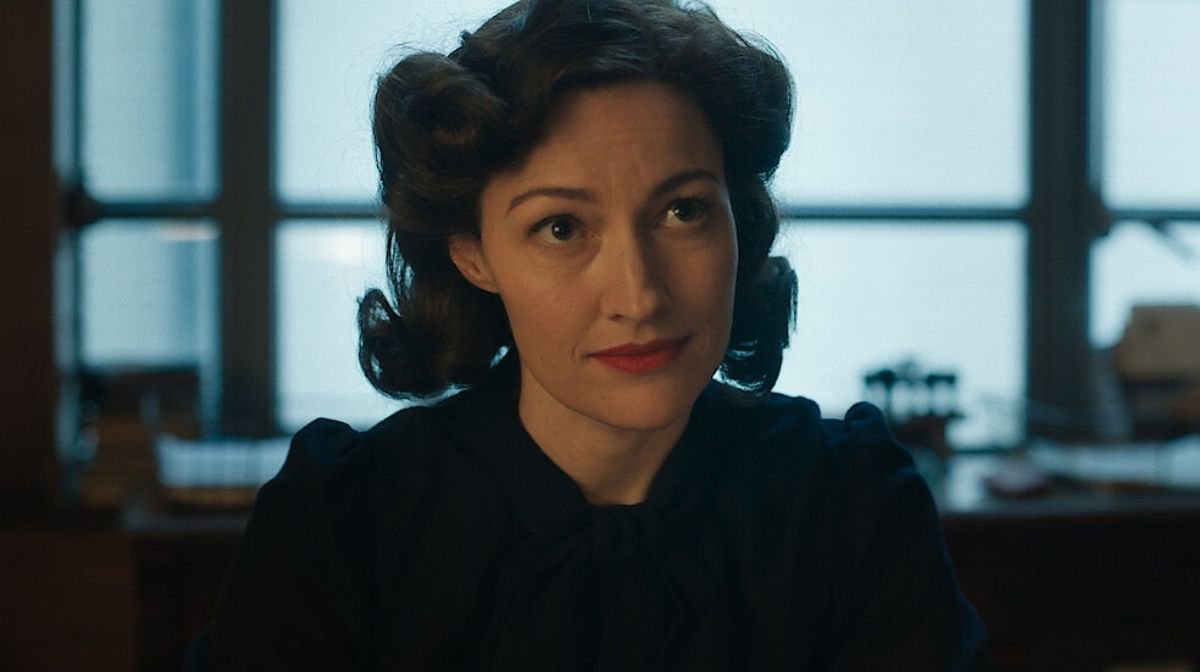 “One story I’d love to tell from the war would be about women in broadcasting, as lots of women went to work for the BBC and I think it’d be wonderful to do a film about them. Directed by John, of course!”

“I do think we need more films about female experiences from this era”, Macdonald added. “If only because I’d love to wear the costumes again!”

The WWII drama shows no sign of going anywhere as a genre – and if we keep uncovering stories from the sidelines as bonkers as that of Operation Mincemeat, then our national memories of the war will continue to be immortalised on the screen for many years to come.

Operation Mincemeat is released in UK cinemas on 15th April.