Sir Ranulph Fiennes was named the world’s greatest living explorer by the Guinness World Records in the eighties – something backed up by just glancing at his extensive list of achievements.

As the opening montage of new documentary Explorer spells out, Fiennes was the first to cross Antarctica on foot, and the first person to visit the North and South poles by surface means.

His attempt to make the first solo expedition to the North Pole many years later only reinforced his legend, when Fiennes caught frostbite and had to cut off the tips of every finger on his left hand.

Even old age hasn’t slowed him down – he reached the top of Mount Everest at 65, and now he’s 78, continuing with his mission to raise £20 million for charity before he passes. 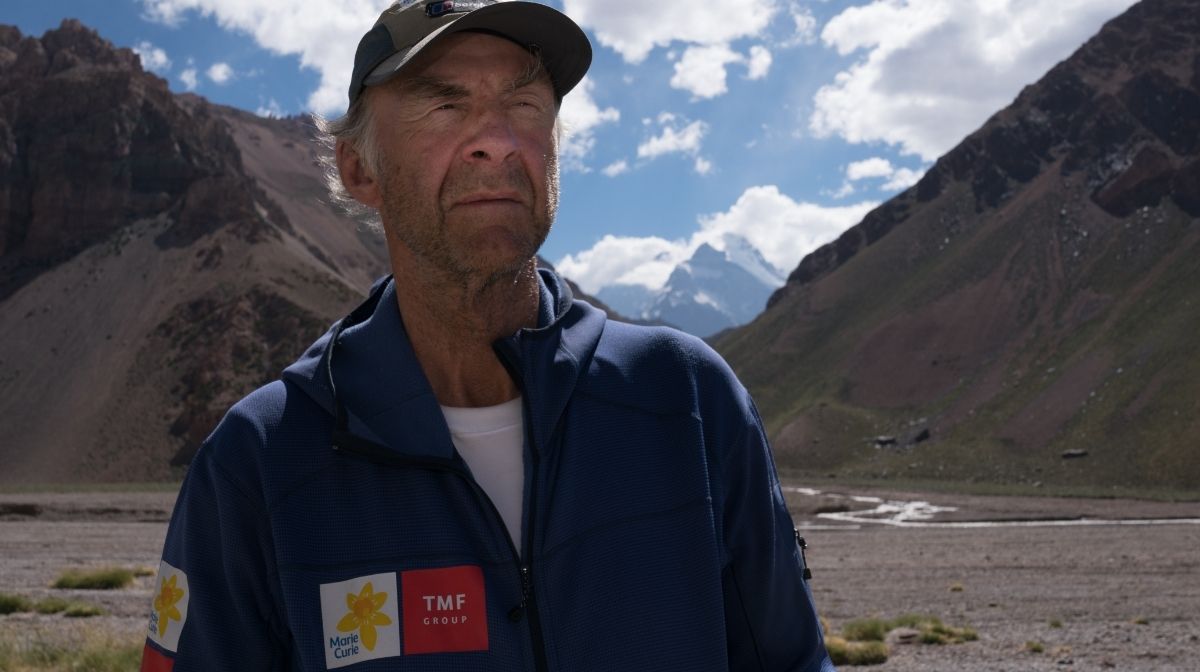 Fiennes first met the director of Explorer, Matthew Dyas, several years ago when the filmmaker joined the explorer and his cousin, actor Joseph Fiennes, as they retraced the steps of an expedition he had made along the Nile in the sixties.

Prior to making that three-part documentary series, Dyas’ long fascination with Fiennes meant he had been trying to get a film about the explorer off the ground for years. He told Zavvi:

“The idea for this documentary predated that series, and I think it’s become much more interesting because of getting to know Ran before making it. 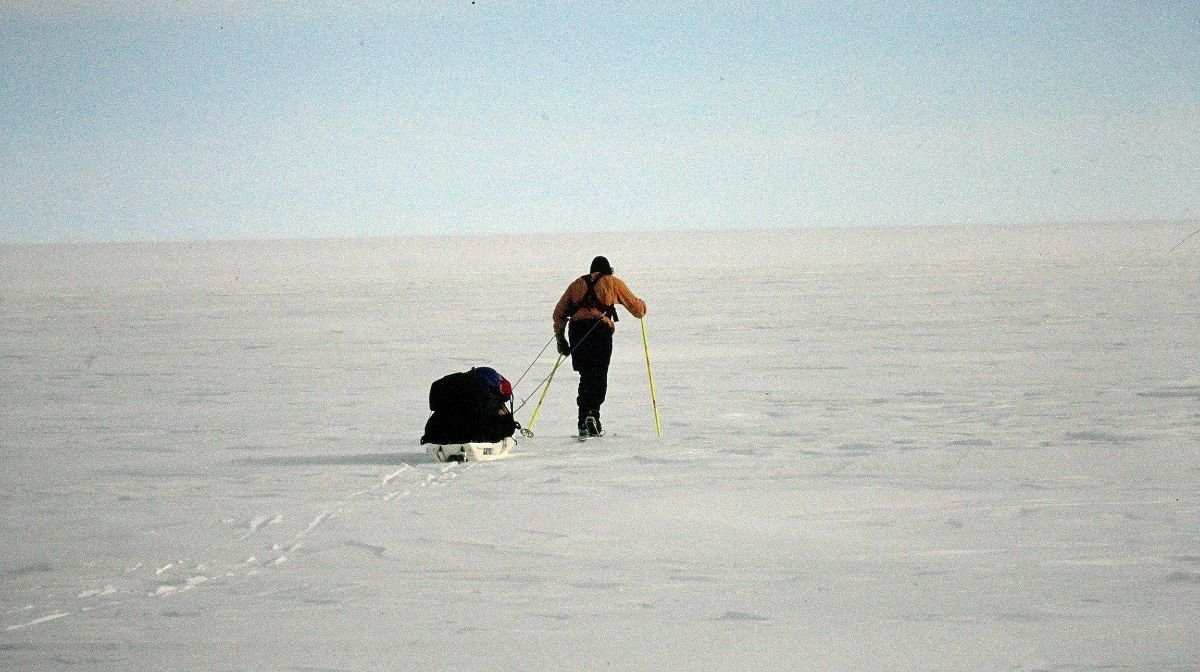 “Before I met him, I heard from a friend at the Royal Geographical Society, who was telling me all these near-mythical stories about Ran – how whenever he comes to London he parks behind the Royal Albert Hall and sleeps in his car.

“That image of the man in the Mondeo really stuck with me – the film in my head at that point was finding out more about the man behind that myth.”

Making that earlier series (Fiennes: Return To The Nile) meant that Fiennes trusted Dyas to make a documentary charting his entire life and career – but there was an even bigger motivation behind this. 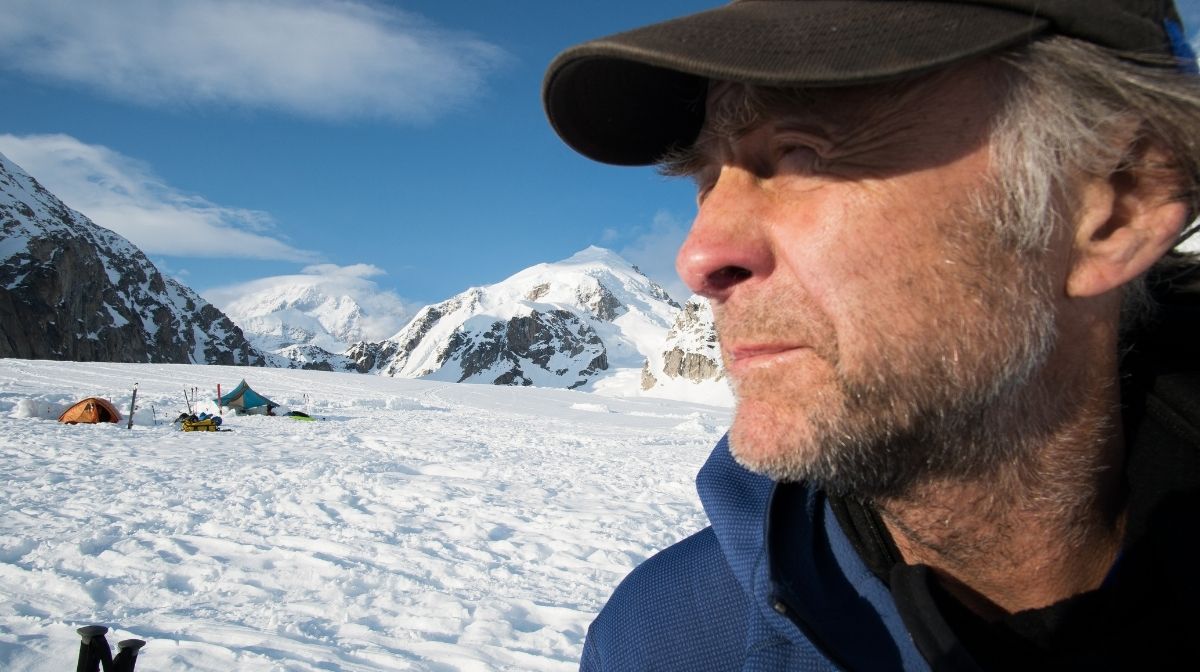 “When you’re an explorer you don’t make any money, so you’re always on the lookout for sponsors”, Fiennes explained to Zavvi. “And because you can’t pay them, the only currency is in publicity – pictures of you wearing a jacket with their name on, for example.

“What could be better publicity than this? We’ve never had any money for an exploration, and any money made either goes back to charity or to the sponsors as a thank you for giving you equipment.

“Plus, from working with Matt before, I could see he was a genuine guy. He wouldn’t be trying to put strange new aspects into this story like other directors would.” 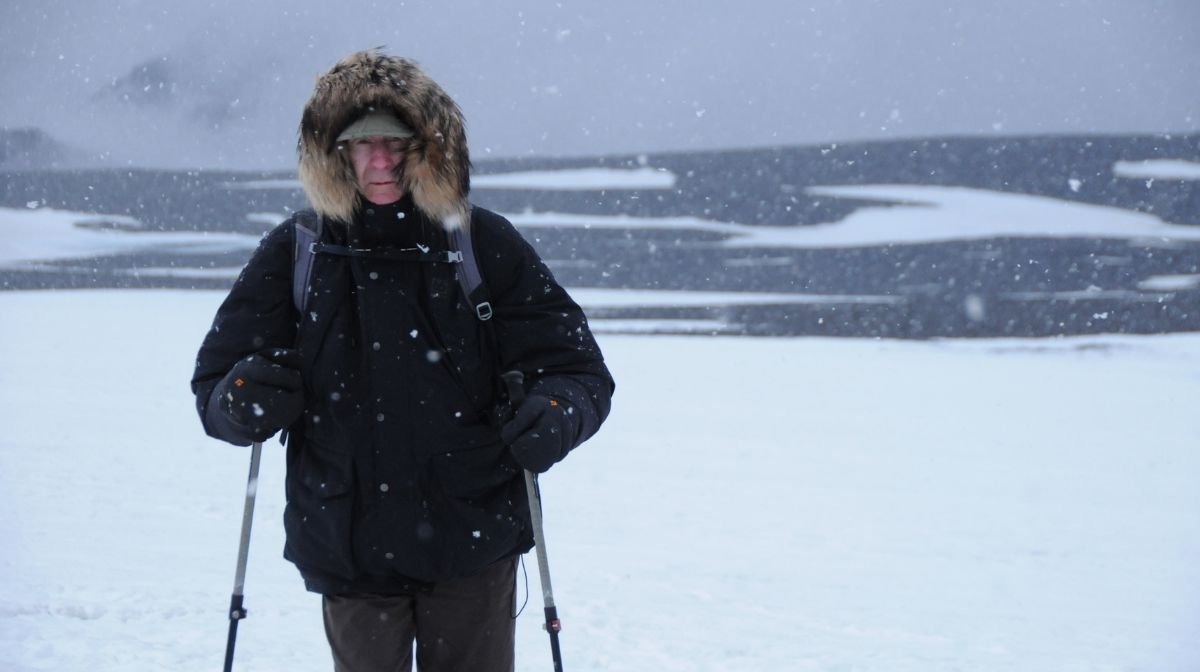 Although he was born a Sir, Fiennes’ career as an explorer meant that he’s nowhere near as wealthy as you might assume. At one point in the documentary, we see that he took on an office job in the eighties, which would help sustain him enough that he could go on an expedition for three months every year.

Before that, in the early seventies, Fiennes lacked the money to go on expeditions, so took a meeting to apply for one of the most in-demand job openings in Britain: the role of the new James Bond.

“At the time, Cubby Broccoli and director Guy Hamilton were fed up with George Lazenby – he was asking for too much money to do a second film and so they started looking for someone cheaper, a real-life figure who does all the Bond type stuff.

“They lined up 200 people and I was one of them: at the time I’d just got married and we were living with no money in Scotland. 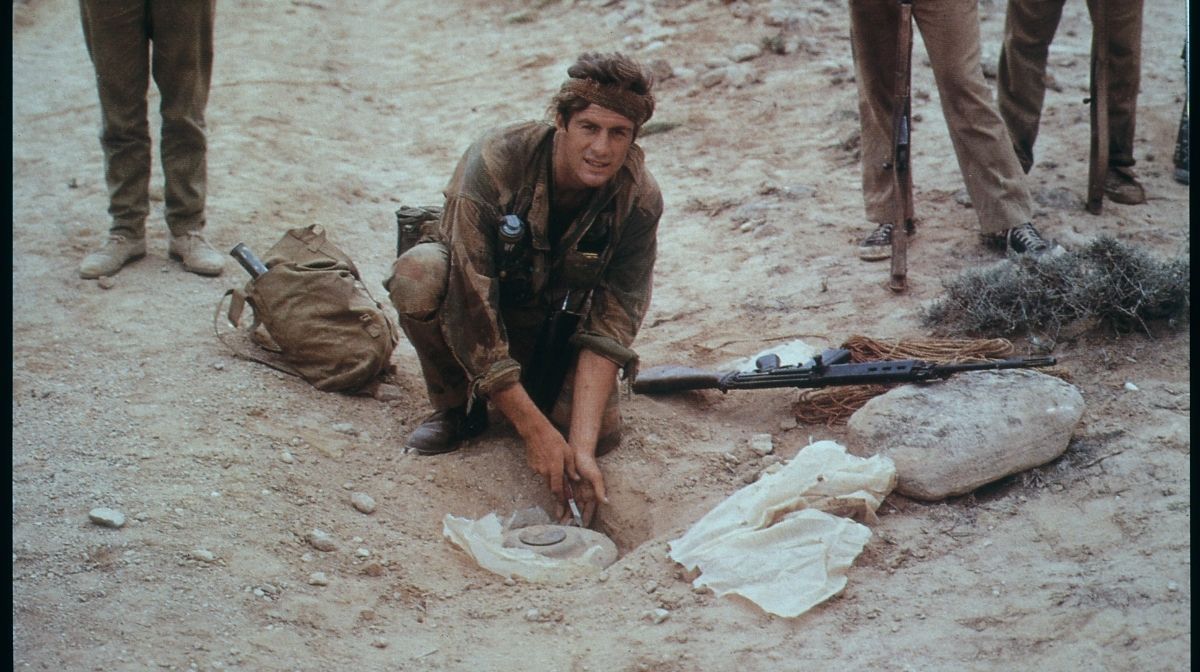 “There was a job opening in London to lead an expedition on the British Columbian River, but I didn’t have the money to make the journey to go down from Inverness to there and apply to the Ministry Of Defence.

“So, when a postman arrived from the William Morris actors’ agency looking for a Bond, I never thought I’d get it, but I did know I’d get a free fortnight in London when they’d put me up in a hotel!

“Well, I didn’t think I’d get it until I made it to the final six candidates – I was even rehearsing some Shakespeare in the mirror the night before I met Broccoli!

“And then, I get to that audition, and before I even start, he says my hands look too much like a farmer’s and that’s it – it was years before my hands even got half cut off!” 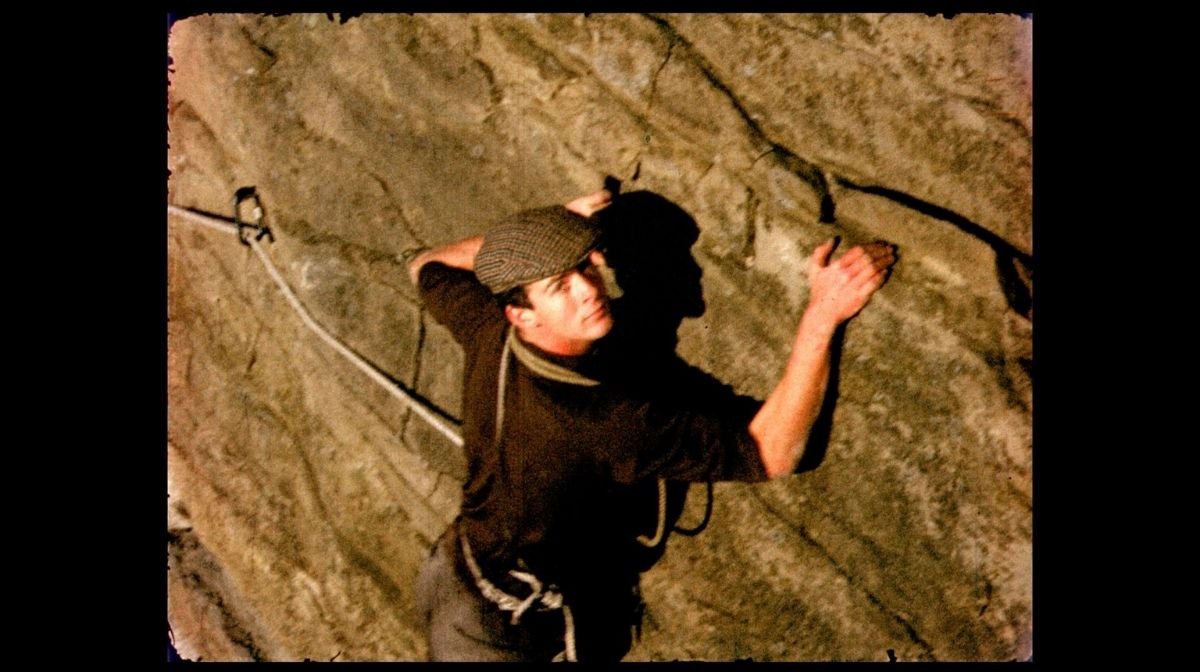 The documentary features a ton of archive footage, much of it never publicly screened before. For Fiennes, this offered no big surprises (“although watching it back, I’d still be surprised every time we came out alive”), but for Dyas, it was revelatory.

“This was all from the BFI National Archives – Ran has donated many things to them over the years. Finding out about that when I decided to make this film was great – there was a depth to the documentary already, but this took things to the next level.

“Not only was there this beautiful footage from the expeditions, but there were also old school reports, photographs, radio comms from the trips, even VHS recordings of his old television appearances.

“I wanted to maintain a lot of the texture that I found within this footage, I loved the scratchiness of it – I didn’t want it to be smoothened out as that roughness felt like an accurate reflection of what he’s like. 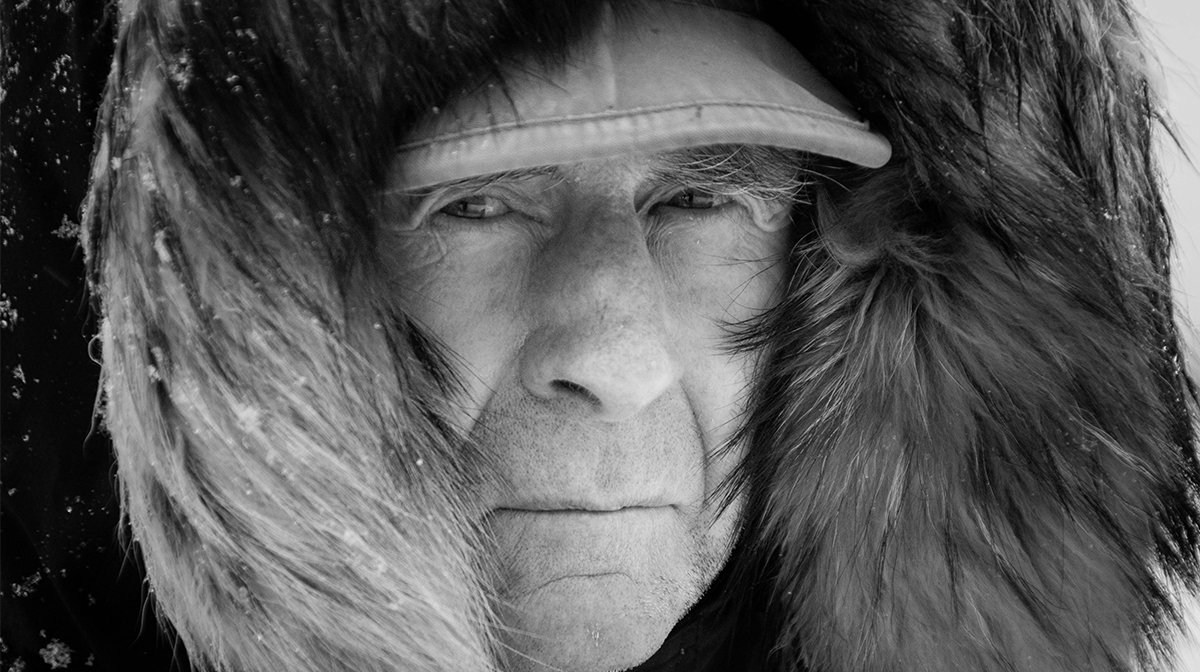 “We never looked into the archive together, but we were collaborating on this in terms of our chats throughout. Reminiscing about various things helped me work like a sponge, collecting memories from the back of his mind, which really helped during the editing stage.”

He may have previously joined Fiennes retracing an old expedition, but one thing’s for sure: Dyas isn’t particularly eager to follow in his footsteps elsewhere.

“I like the idea of going to the ice – but when I get there, I get a bit scared. The expeditions I’d like to follow are the Arabian ones, especially if I could have Ran as a tour guide. 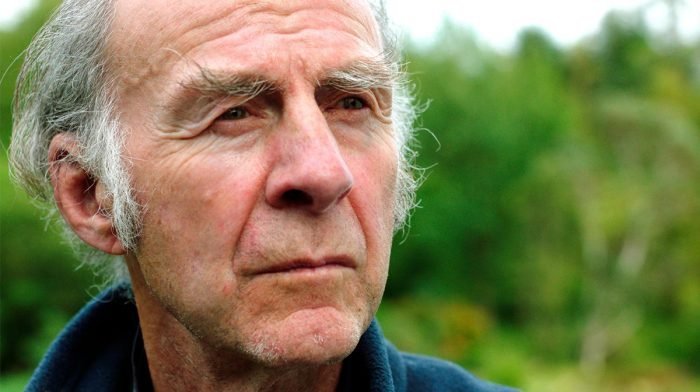 “It’s easy to look at it through a romantic lens because of the relationships he struck there, and his cultural insight and connection to that place is something I’d love, as it’s somewhere I know very little about.

“Ran is very comfortable at street level – watching him go around the markets and speak the language is wonderful to see. I would love the ability to just plug into Arabia in that way.”

For those of you who can’t make the perilous expeditions around the world, you can do it from the comfort of your own home when Explorer arrives in cinemas this week.

Explorer is in UK cinemas for one night only this Thursday 14th July.