Fantastic Beasts 3 has had a tough time since its predecessor, The Crimes Of Grindelwald, released in 2018. This is due to both industry setbacks and behind-the-scenes situations.

Principal photography for the film was set to begin in March 2020 before being postponed due to the emergence of the pandemic. However, with the implementation of various safety procedures, work began again in September.

At the same time filming commenced, Warner Bros. cut their ties with actor Johnny Depp and as expected, this has caused further delays.

However, we do expect the film to release… eventually. So, join us as we take a look at everything we know. 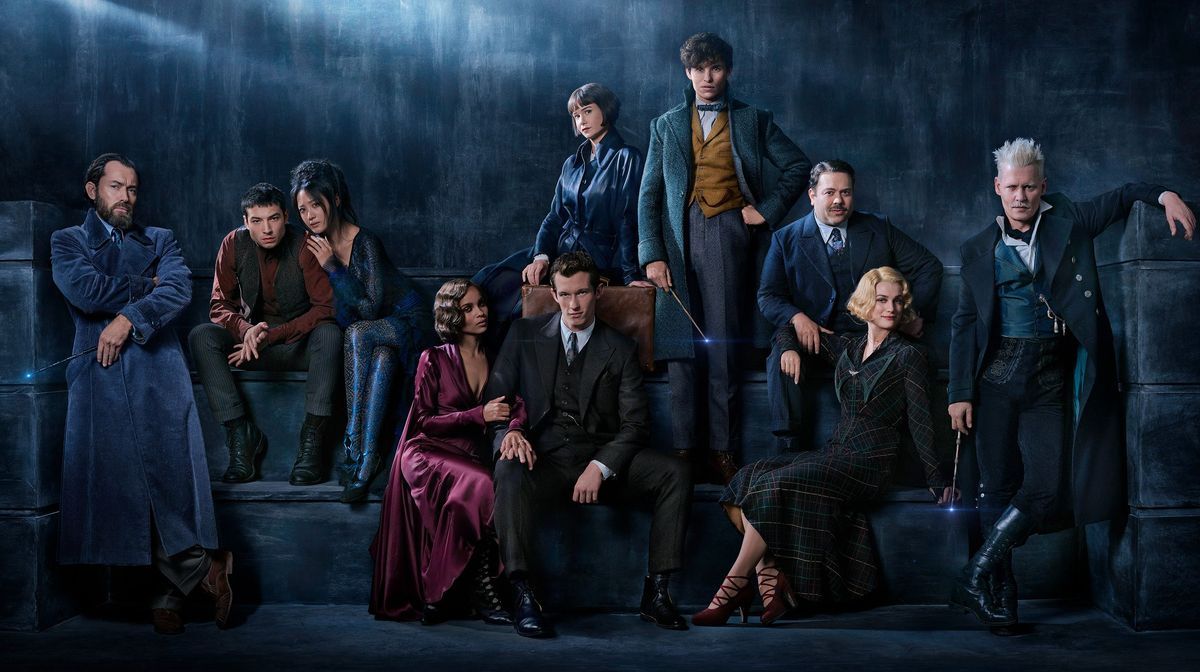 They will also be joined by Jessica Williams – playing Professor Eulalie ‘Lally’ Hicks, following her brief cameo in the previous film.

But there is one notable lead who will not be making an appearance. 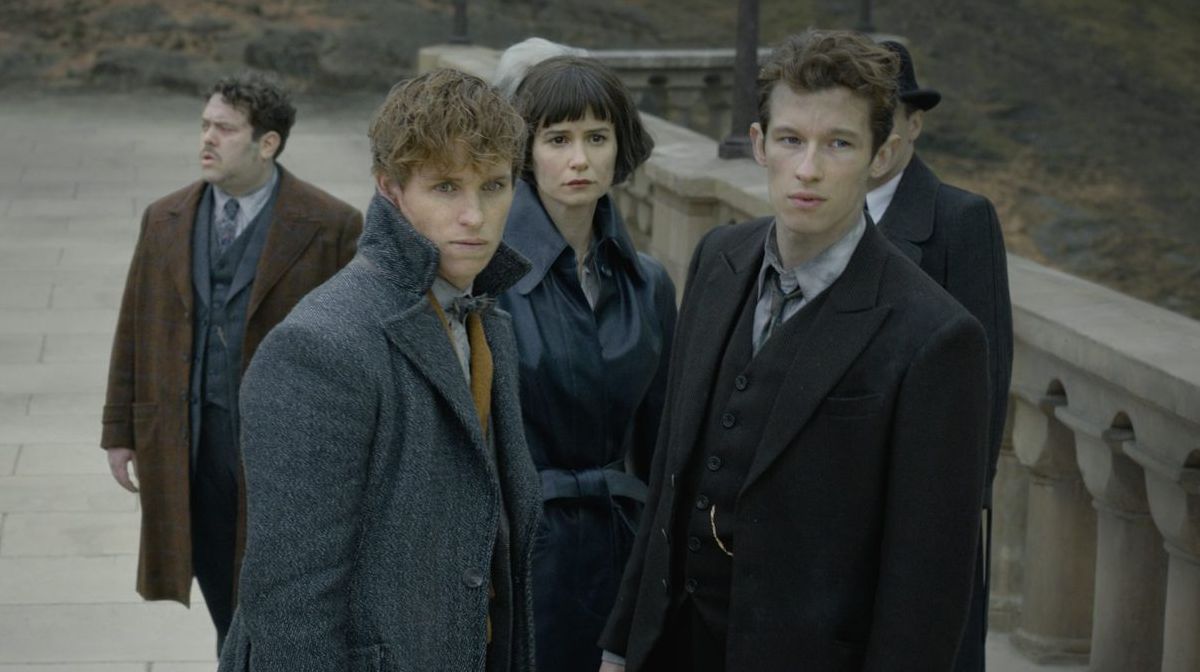 Days after he lost a libel case against The Sun newspaper, Johnny Depp departed from his role as Gellert Grindelwald, the main antagonist of Fantastic Beasts 3. Asked to resign by Warner Bros., he accepted the request.

Depp is set to be replaced by veteran actor Mads Mikkelsen, known for his villainous roles in the James Bond film Casino Royale (as Le Chiffre) and TV series Hannibal (as Hannibal Lecter).

It is still unknown whether the film will attempt to justify the change in physical appearance or simply continue on like nothing happened. As seen with Colin Farrell’s transformation into Depp in Fantastic Beasts And Where To Find Them, the writers have a way of twisting things in their favour.

What Will Fantastic Beasts 3 Be About? 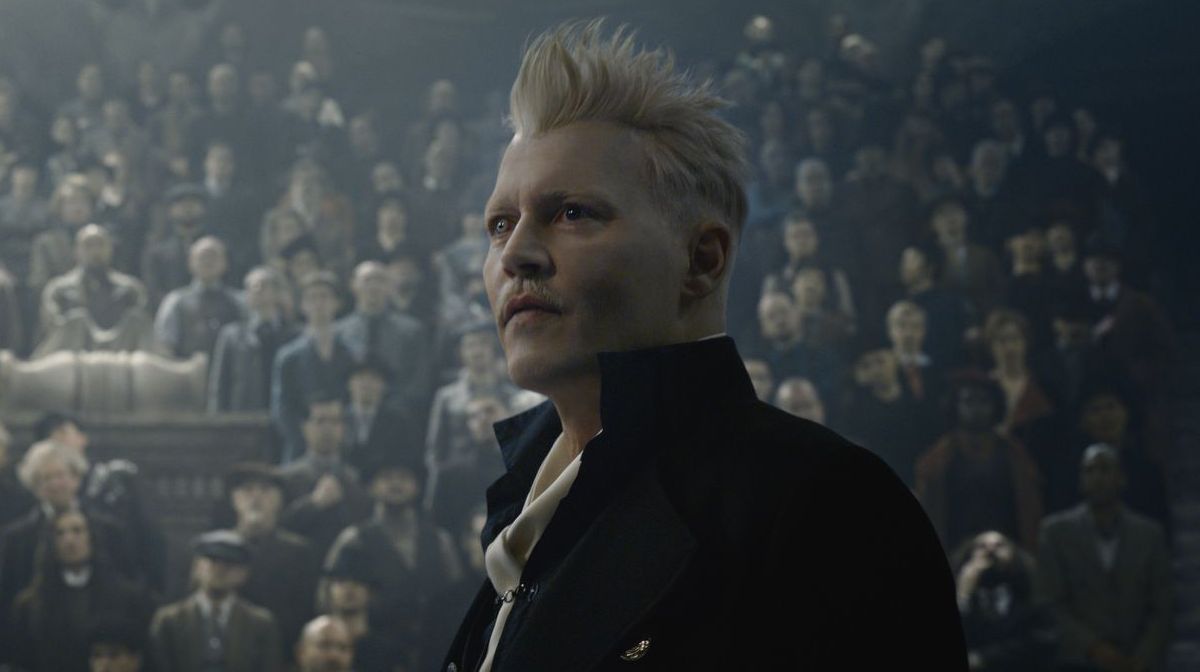 As with the previous two films, David Yates will return to the director’s chair for Fantastic Beasts 3. And the script will be co-written by J.K. Rowling with Steve Kloves.

The story will be set during the 1930s, years after the events of The Crimes Of Grindelwald, and will be at least partly based in Rio de Janeiro (explaining why the crew were previously shooting in Brazil before the pandemic hit) and Berlin.

Leading up to World War 2, the focus will presumably centre around the continued exploits of Grindelwald, who is now in possession of the powerful young wizard Credence.

Specifically, the film is expected to divulge what the wizarding world was up to during this pivotal time in history. 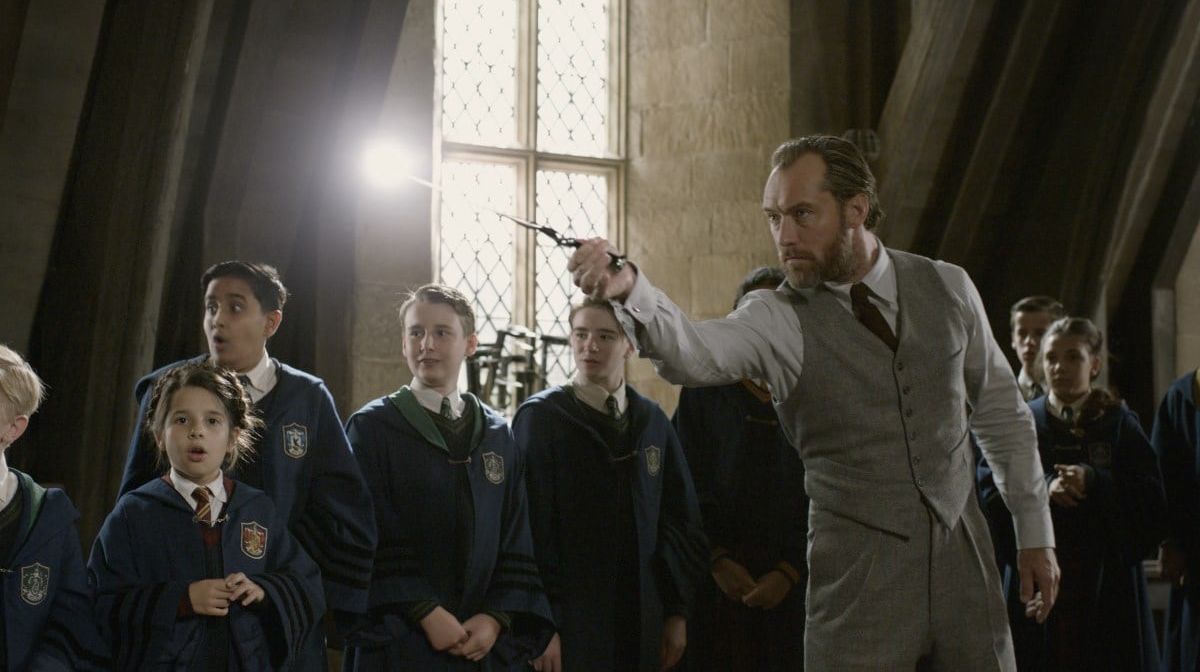 And, naturally, we will follow Newt and friends’ attempts to fight back — no doubt with many beasts lending a helping hand.

One of Newt’s allies, Albus Dumbledore, will also likely be attempting to remove his blood pact with Grindelwald, which prevents the pair from harming each other.

This should allow him to eventually go head-to-head with the dark wizard, something that has been frequently foreshadowed.

But it’s worth keeping in mind that there are still two more films to come, so that plot thread may be left open for later exploration. 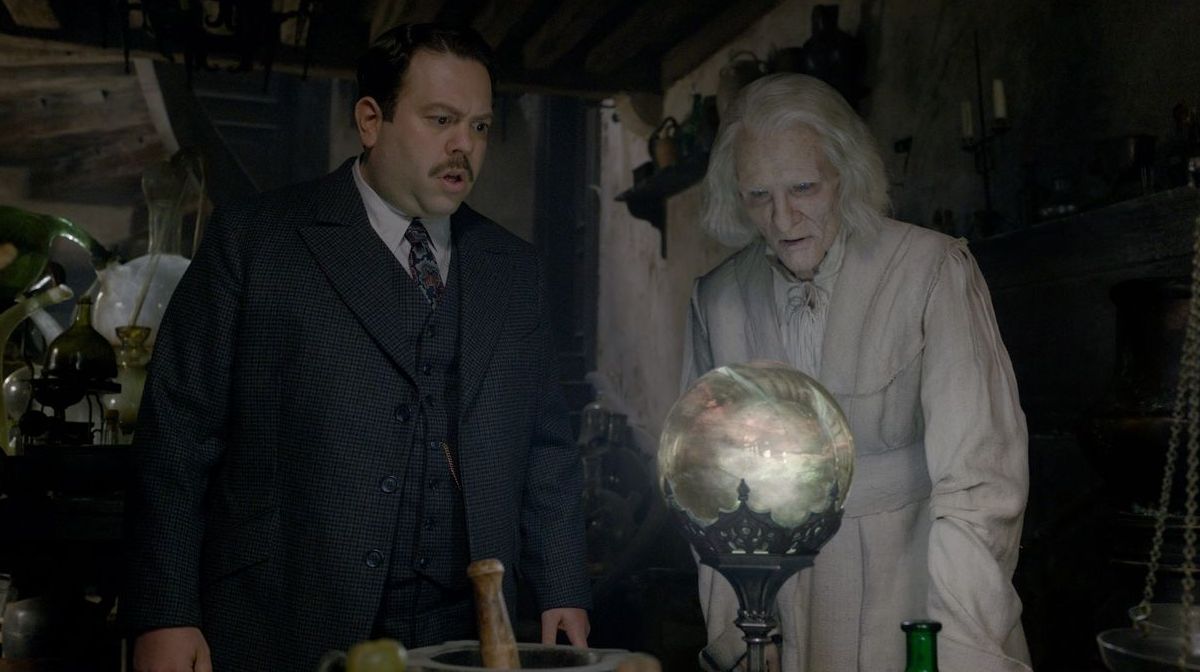 Finally, another character expected to receive a lot more screen time is Williams’ American witch, Lally, who Rowling has hinted will play a much more substantial role in Fantastic Beasts 3.

How the Professor’s role will impact the narrative is still a mystery, but we can’t wait to see what the writers have in store for us.

When Is Fantastic Beasts 3 Coming Out? 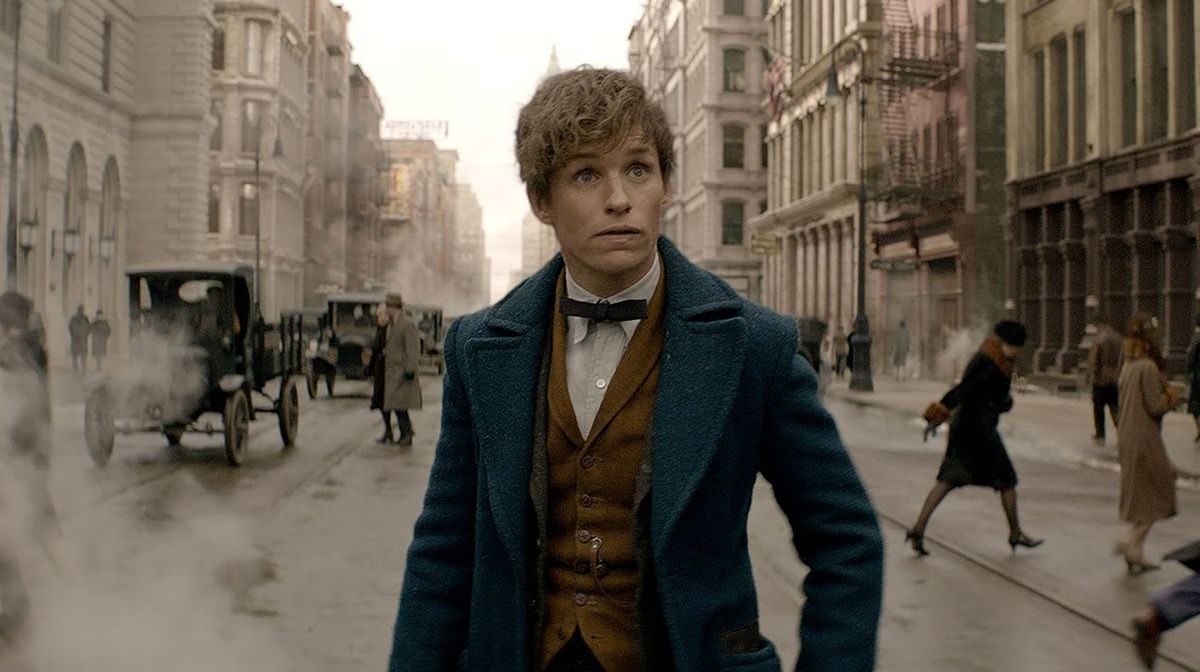 The film was originally set to release on 12th November 2021, but it was pushed back in November 2020 in response to Depp’s departure.

Fantastic Beasts 3 now has a new release date set for 15th July 2022, and filming is pushing on while Mikkelsen gets ready to hop on board.

Although Depp had previously started shooting, it was still early in the process. As such, any scenes already wrapped shouldn’t be too time consuming to film again.

What is Fantastic Beasts 3 Called? 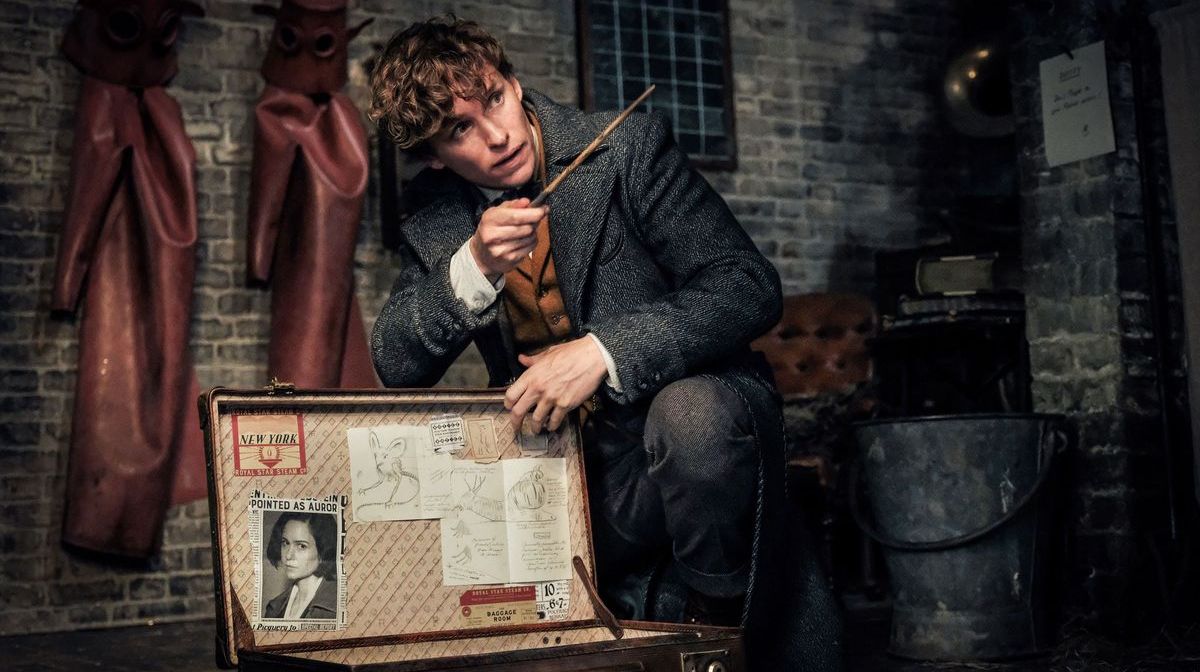 Many fans have been wondering just what exactly the film will be called. We’re afraid to say, we don’t have the answer to that question.

However, we expect to find out as shooting progresses, with the title likely to be announced alongside or prior to the first trailer’s debut. 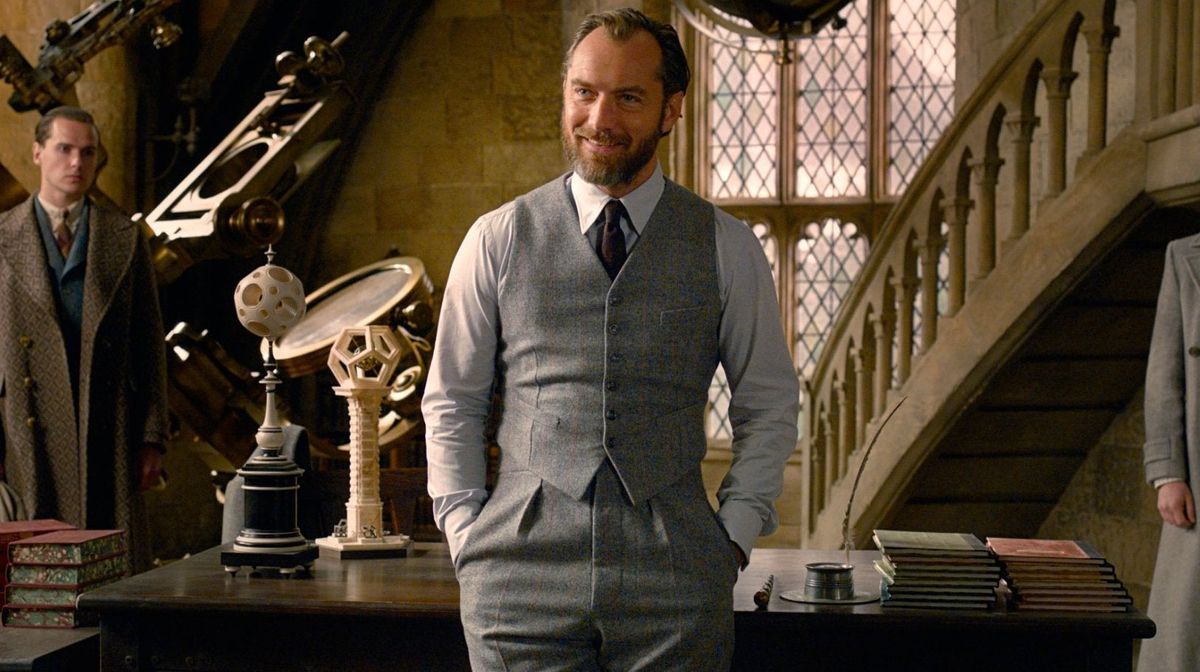 Following the eventual release of Fantastic Beasts 3, Warner Bros. have plans for a fourth and fifth film to round out the series.

In an interview with Variety, Rowling commented on the decision to turn what was originally a trilogy into five films, justifying that the series takes place over 19 years and could even go on for longer.

It is worth acknowledging, however, that these plans were put in place prior to the theatrical release of The Crimes Of Grindelwald — which had the worst box office of all the films in the Harry Potter universe.

That’s not to say that their plans will be tossed aside anytime soon, but the success of the third film could influence the franchise’s future in the long run.