Director Patrick Rea returns to FrightFest for the first time since 2016, when his feature film Enclosure played at the festival to positive reviews.

This year, Rea brings along his newest film, I Am Lisa, which mixes classic werewolf tropes with a female‐led revenge narrative, creating an intriguing hybrid guaranteed to get a strong reaction out of the unsuspecting audience.

The film follows the titular Lisa, who is brutalised and left for dead by the town’s corrupt sheriff. But after being bitten by a wolf, she starts to notice strange changes in herself.

We chatted to Rea ahead of I Am Lisa’s world premiere at FrightFest to talk about practical effects, shooting in the Kansas City heat and Robocop. 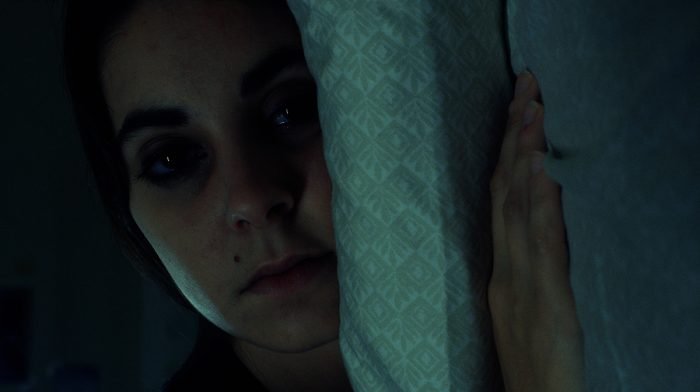 Zavvi: How did you become involved with this project?

Patrick: Eric Winkler (writer of I Am Lisa) is from Kansas City, Missouri and actually lives ten minutes from my house. He had reached out to me, maybe a year or two years before we shot the movie, about the project. I was working on a different film and I ended up casting his son in a small role and so he came on set.

I was able to get a little bit of financing to make the film in the summer of 2019. But before that, we workshopped the script. 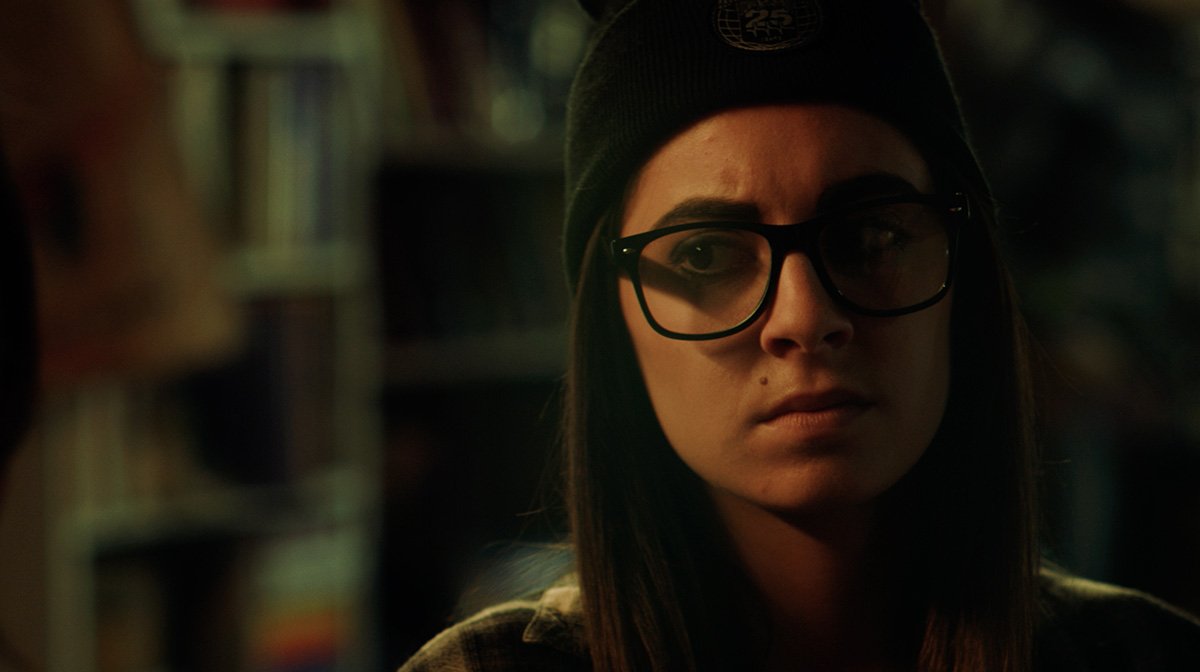 I thought that that was a way more interesting approach to the story because we’ve seen the revenge movie done the other way many times, and I wanted to give it a fresh perspective.

Eric was very flexible with that and wanted to go that route as well. Then we shot the movie, the principal shoot was only 14 days in Kansas City. 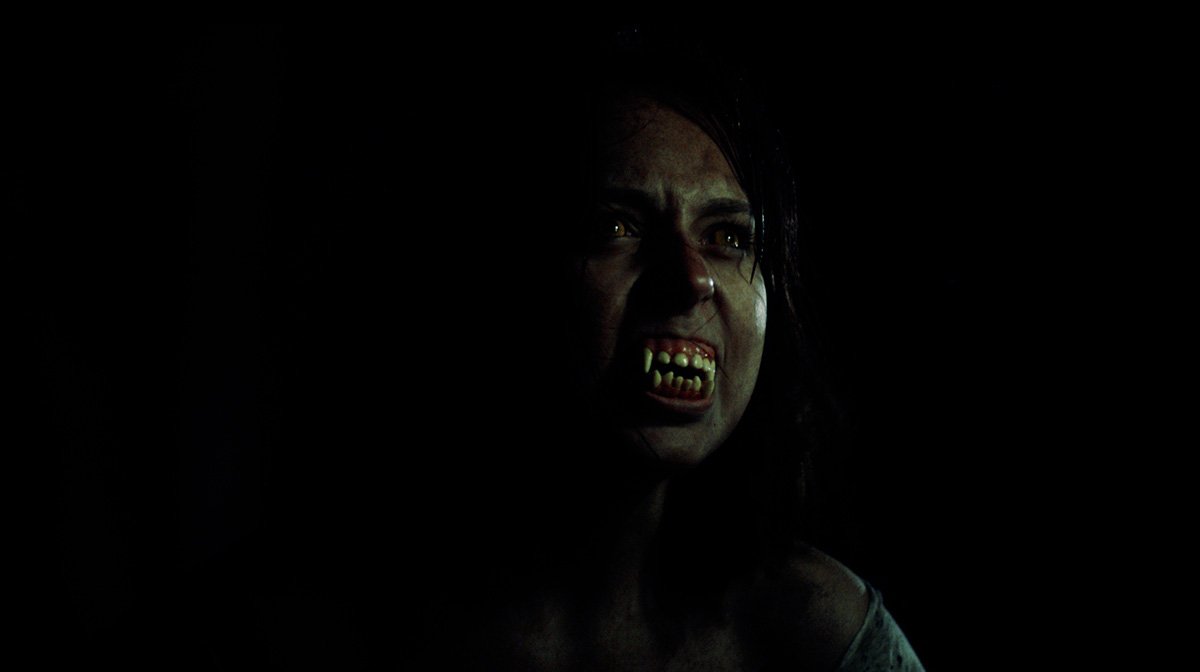 Zavvi: What’s so striking about the film is that you’ve mixed two very popular sub‐genres of horror – werewolf and rape‐revenge. Why mix those two?

Patrick: That’s what got me interested in the project from the get go. Robocop is one of my favourite movies of all time and it’s a revenge movie. A lot of people say it’s a sci‐fi movie, but it is very much a revenge movie. And what’s interesting about that movie is it blends sci‐fi with a revenge plot.

Eric pitched this to me as a werewolf revenge movie. I think that’s the kind of movie that I would watch and so that’s what got me excited about it. And that’s all Eric, he was the one that came up with the concept. 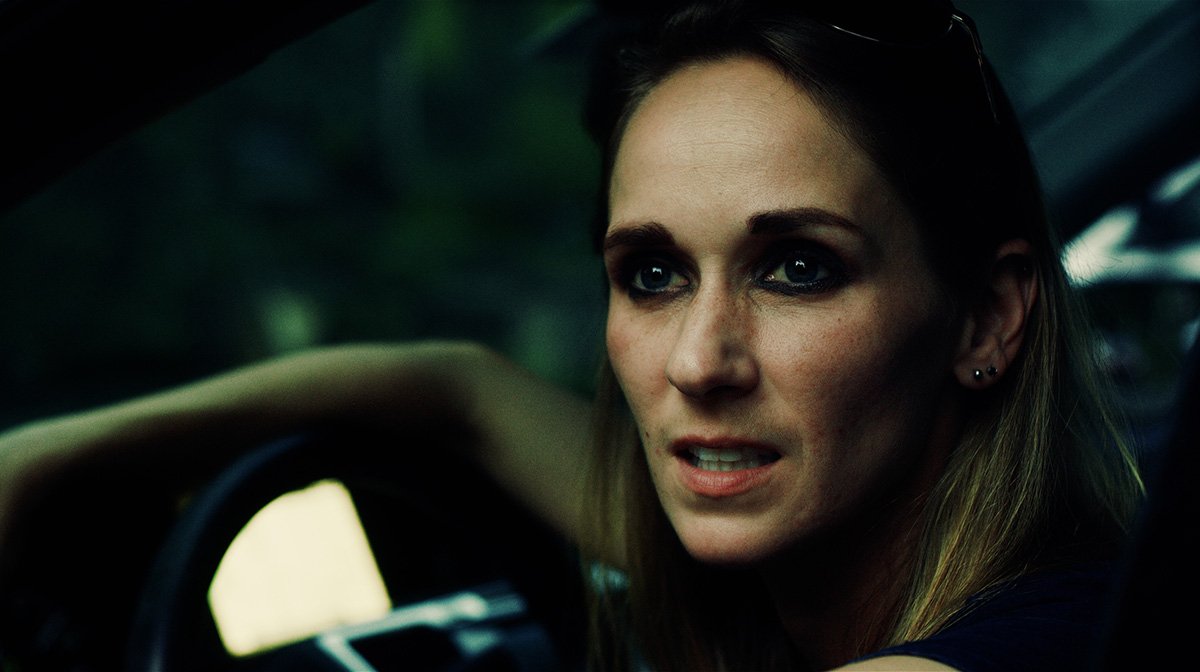 Zavvi: What were the main influences for the film? Ginger Snaps?

Patrick: I had not seen that movie until after we shot this one, because a lot of people brought that up while we were shooting and I purposely had not seen it, because I didn’t want it somehow to influence my approach.

But obviously Robocop was a big one for me, even Darkman. And I felt like this movie was definitely a horror movie, and it’s also a revenge movie, and it also kind of has like an origin story kind of aspect to it as well. 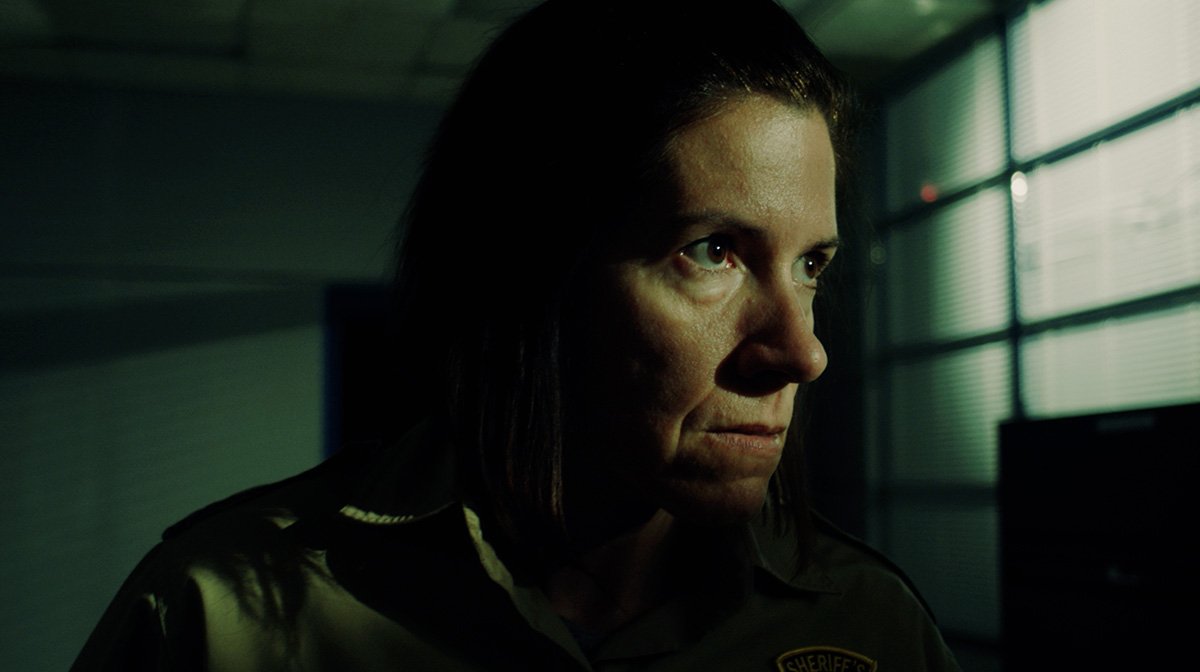 Zavvi: What I think is going to go down well with the FrightFest audience is the use of fun, old school practical effects.

Patrick: There’s only maybe one or two shots of CGI and the rest of it’s all practical. The guy who did the makeup effects, Jake Jackson, is a very talented guy.

He did a fantastic job and some of those shots were just one take because we just didn’t have the time or the budget to do multiple takes. We had one shot to get it, so you have to be very careful and make sure everything is prepped properly. 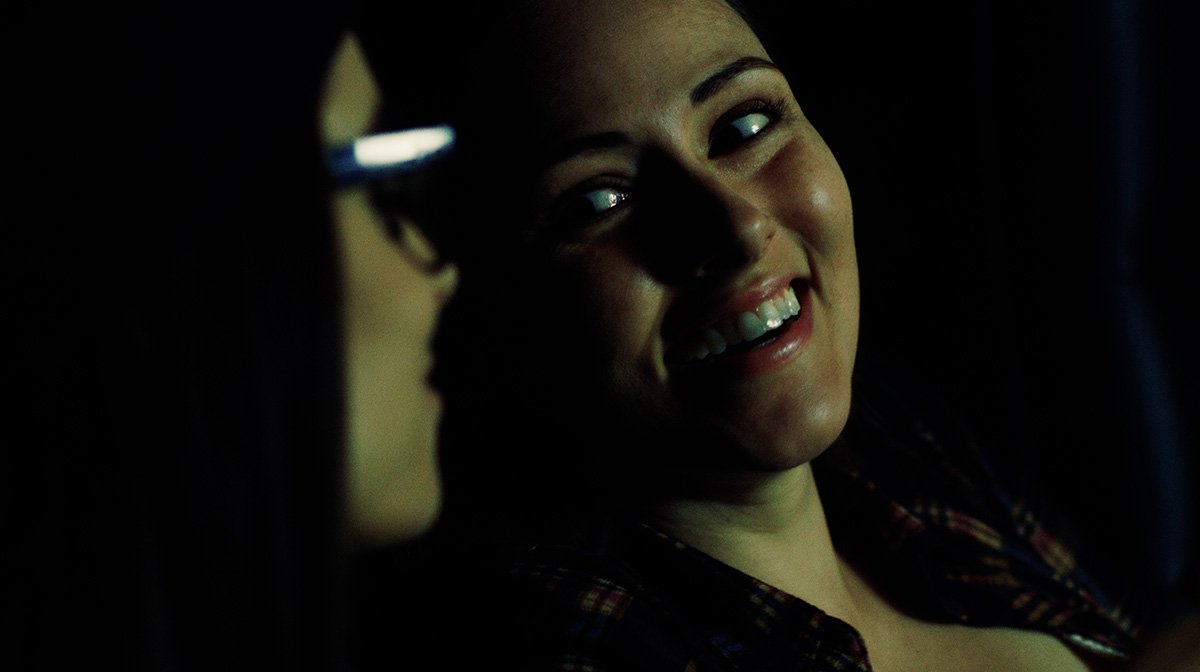 Zavvi: How did you work with Kristen Vaganos, who plays Lisa, to craft her performance because she has to go to some emotional places that are not comfortable?

Patrick: She’s very good. She was really so sweet, so great to work with. She and I were almost psychically connected on set, from day one.

She had to go to some of those places on the first couple days. I think that was something that was on day two of shooting because of the way the schedule was set up, with the locations and when we had to shoot those scenes.

And a lot of that comes from prepping with table reads, and rehearsals, and discussions beforehand. There was probably a good month of that before we actually shot the movie because we knew that we had very little time to do it in, we’re shooting on a shoestring budget. 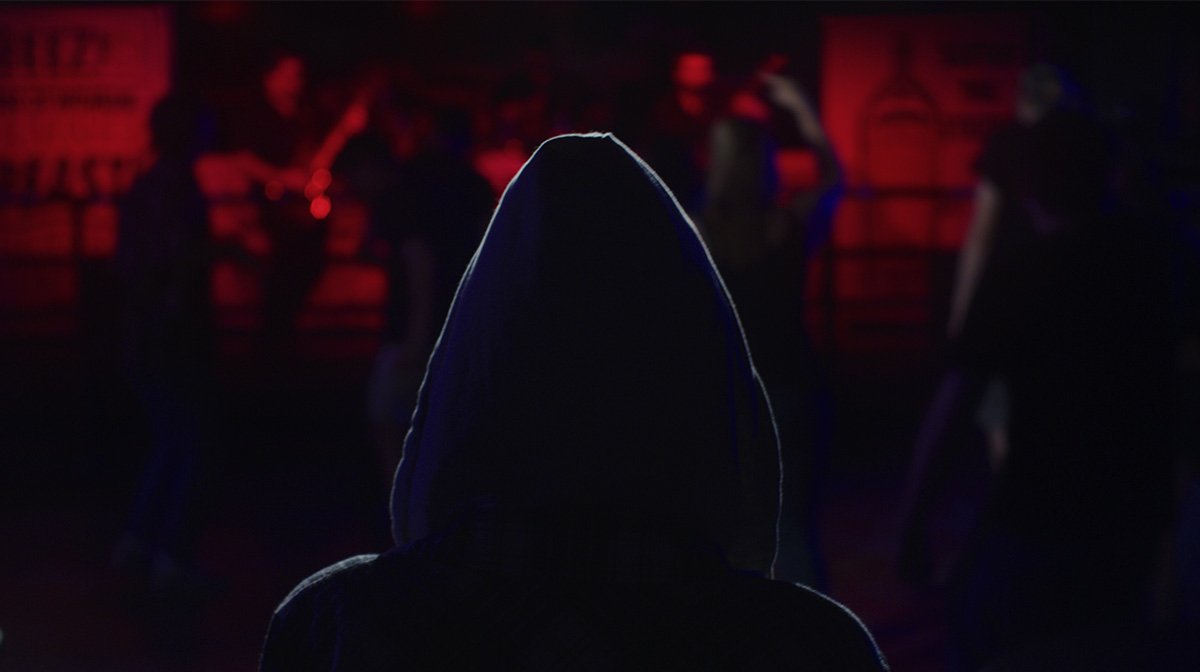 The trickiest part about it was that some of the hardest scenes, like the ones in the woods, were on the days that we had heat advisories in Kansas City and basically the newscast is like, if you don’t have to go outside, don’t go outside. But because we’re shooting on such a tight budget, if you shuffle one day around in the schedule, it can become a house of cards. It can have a domino effect.

We had a house that we could go to to cool off when we were in the woods. It might have been like 105 degrees with the heat index, but when you’re in the woods, it’s not quite as bad because of the shade.

We had mentally prepared for all those days ahead of time. And the thing is, if you’re shooting in July in Kansas City, you just kind of have to accept the fact that it’s going to be brutally, brutally hot and hope that it doesn’t rain, because then you do have to cancel.

I Am Lisa will premiere at FrightFest and will play on Friday 28th August at 7pm on the virtual Horror Channel Screen.