A Hollywood remake of hit Danish film Another Round is on the way, with Leonardo DiCaprio eyed to star.

As reported by Deadline, the English-language remake rights to director Thomas Vinterberg’s award-winning film have been purchased by DiCaprio’s production company Appian Way who are developing it as a “potential star vehicle” for the actor.

The rights were hotly sought after due to the film’s popularity, and the fact it recently won Best International Feature at the Academy Awards. 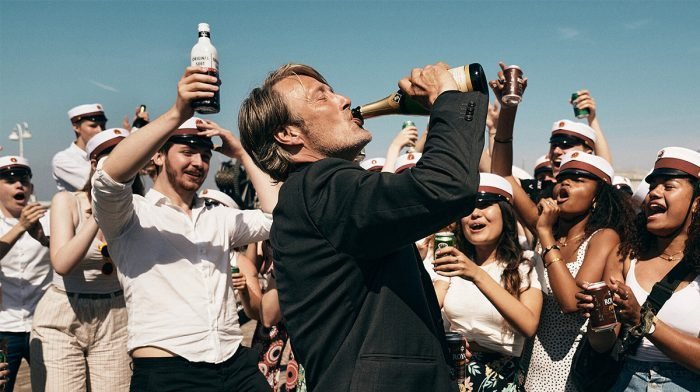 If cast, DiCaprio will star in the role of a middle-aged man in crisis, originally played by Mads Mikkelsen who is not currently attached to the remake.

Another Round follows Mikkelsen’s teacher and his friends as they test a theory that proposes their lives will be improved if they maintain a constant level of alcohol in their blood.

Its director Vinterberg will executive produce the Hollywood remake, which is reportedly looking to hire a writer quickly.

Another Round will swing into UK cinemas 2nd July.