In a career that’s clocked up 40 years, Tom Hanks has become the ultimate everyman hero.

But even an actor with his pedigree can have his work cut out when it comes to tugging at our heart strings, especially if the competition is an inanimate object. 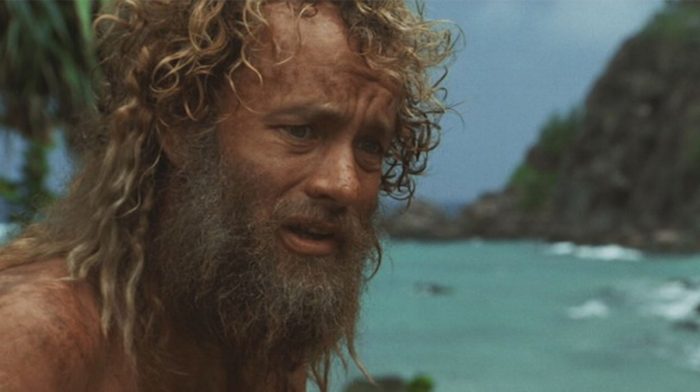 And in Cast Away, which celebrates its 20th anniversary this month, he met his match – in the spherical and silent shape of Wilson, the constant companion of the stranded Chuck Noland (Hanks) on a deserted island for the best part of four years.

Cartoon and CGI characters, and even the occasional computer or robot, can – and do – capture imaginations and hearts. But a volleyball?

In Wilson’s case, yes. After Chuck found him in a washed up FedEx package, the two became inseparable. The ball’s name comes from the branding he wore with pride, while his features were created from a palm print after Chuck injured himself trying to make a fire. 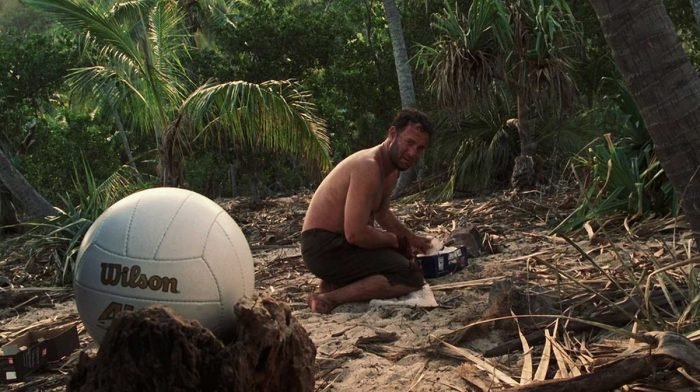 The dried shape looked like a face with spiked hair, so he added a pair of eyes and a mouth, sat Wilson on a stump and hey presto! Instant friend. He was, of course, easily portable so wherever Chuck went, he went too.

That Hanks’ latter day Robinson Crusoe would turn an object into a personified friend is more than credible but, without wishing to take the shine off the story, Wilson’s creation was just as much down to the practicalities of filmmaking as psychology.

His presence made realistic dialogue possible in the one-person-only sequences which occupy the largest chunk of the film. 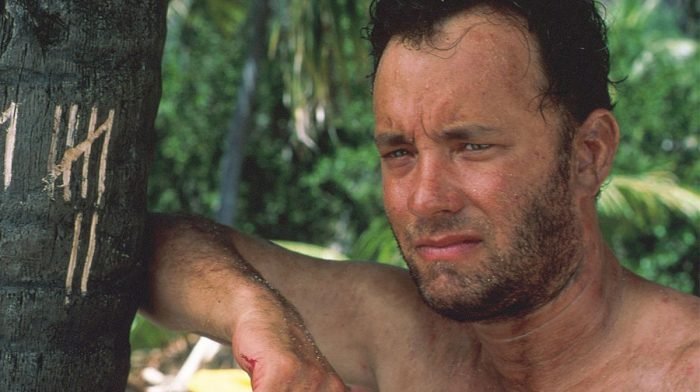 As part of his research, screenwriter William Broyles Jnr ‘went method’, arranging to be dropped off at Shark Island in the Gulf of California.

With no food, water, shelter or tools, the writer translated all his experiences into the early stages of the story – the thirst, hunger, building a shelter and those rock hard coconuts.

After five days on the island, a volleyball washed ashore and, feeling the acute loneliness, Broyles decorated it with seaweed and shells and sat it next to him. By the following morning, the idea of Wilson as the film’s other hero and emotional centre was already in his mind. 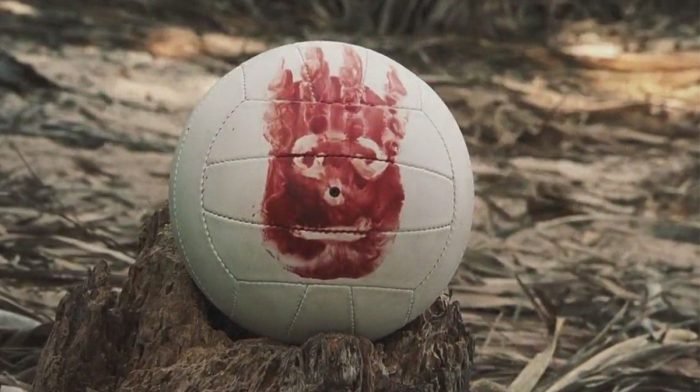 He may not have a physical voice, but we’re always party to both sides of Wilson’s conversations with Chuck – and Hanks has since admitted they reflected how the constant isolation and tough shooting schedule got to him.

The more time he spent with his round, spikey haired companion, the more distant reality became and, by the end of filming, he was convinced he could hear what Wilson was saying to him.

Yet while he never utters a word (that we hear), changes expression or even moves (that’s done for him), Wilson was just as essential to survival as food, drink and shelter. 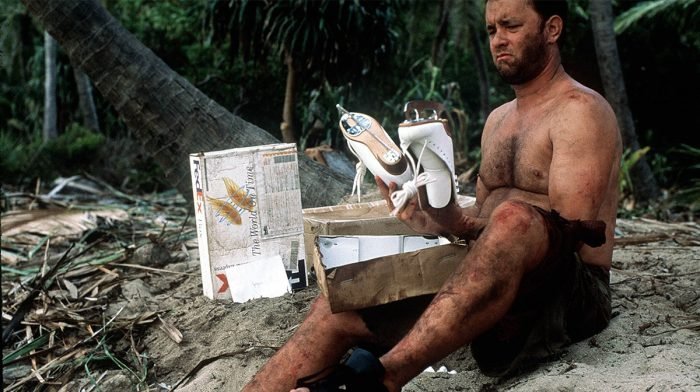 Just watch Chuck’s panic after he throws the ball away in a fit of anger and frustration, and his frantic efforts to find his ‘friend’ again.

By that stage, we’re already attached to the rotund little guy as well, so when his final moments come, they’re almost as heart breaking for us as they are for Hanks’ character.

We join in as he calls out, trying to stop Wilson drifting away and becoming a speck on the never-ending ocean. That perfect friend – who never judged, was always there, and always listened – is gone and Chuck is totally alone again.

But this time it cuts deeper than before. It’s as if Wilson knows that, by leaving, he’s making way for something or somebody else… 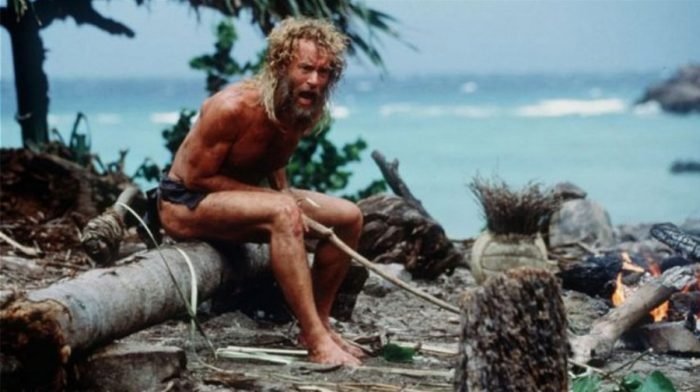 Not that it’s the last time Chuck sees Wilson – or, more accurately, a Wilson volleyball. The film tells us the ball was a birthday present to a grandson.

Towards the end, as Chuck delivers the one parcel he never opened on the island, there’s another object next to the box on the passenger seat of his car. A Wilson volleyball.

We never discover if he planned to visit the boy who should have received the original – we assume he did – but it’s a measure of the effect his confidante had on him that he felt the need. A final and fitting farewell to the spherical friend he’ll never forget. 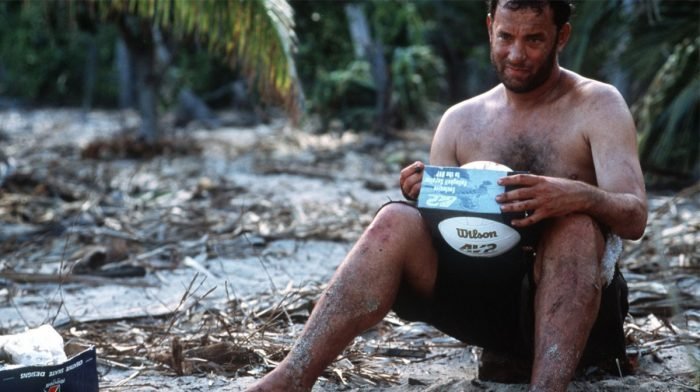 It wasn’t the last time that Hanks saw Wilson either. Five years ago, while watching a New York Rangers game, he was thrown a volleyball with Wilson’s red face on it.

Inevitably, the story went viral, resurrecting the question that fans of the film have been asking for the past years. What happened to Wilson?

His human co-star has always insisted he just drifted away in the ocean, even having to deny that the ball was in quarantine with him and wife Rita Wilson (no relation to her husband’s co-star) earlier in the year.

The ball was the subject of a short documentary and one of the original volleyball props from the film (yes, there was more than one… shhh) was sold at auction to a former FedEx CEO for $18,500. 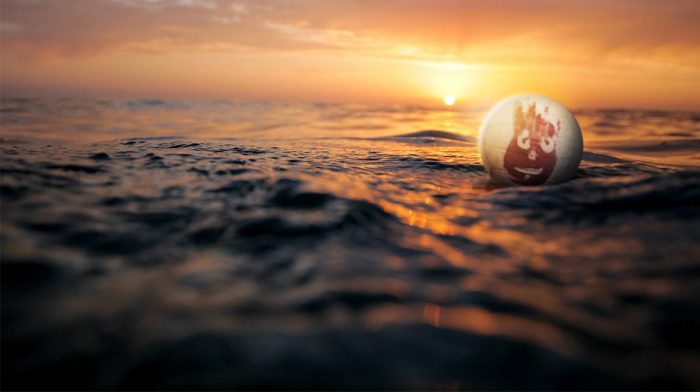 Cast Away’s silent hero has his own IMDb page as well, and his career best performance won him awards: one for Best Inanimate Object and the other for his on-screen chemistry with Hanks.

But, for all his heroics and heart, he’s not on the film’s cast list. Silent – and modest – as ever.