The Transformation Of Batman’s Harley Quinn 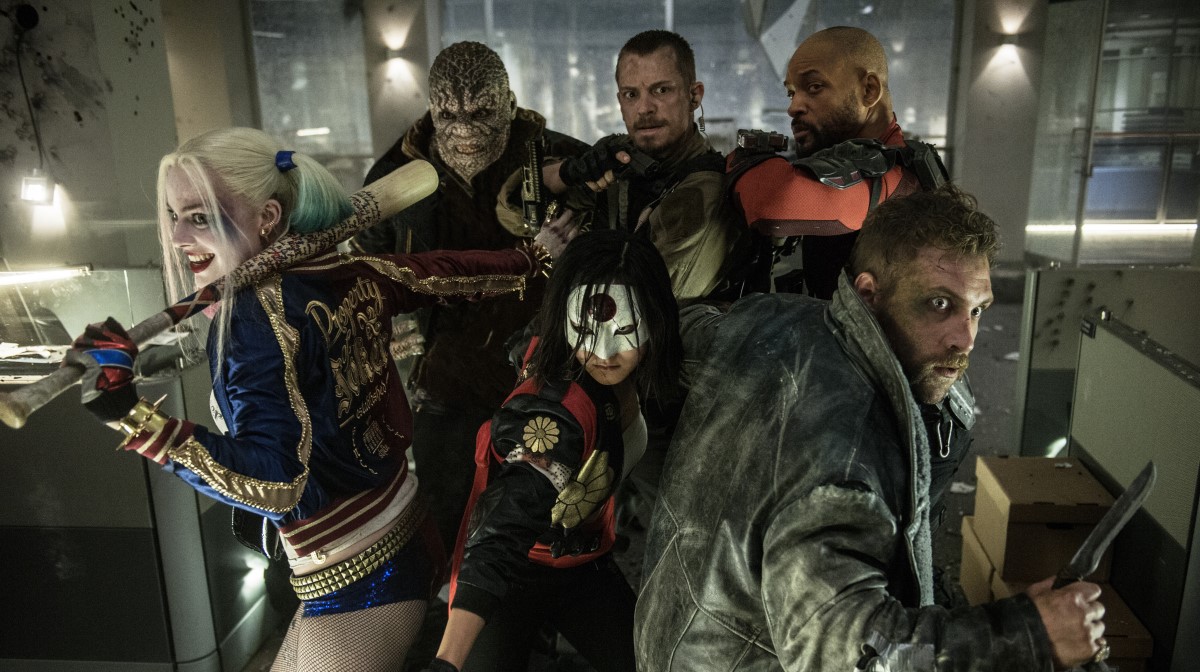 In the new Suicide Squad trailer, you might have noticed a punky female figure with coloured pigtails, messy make-up, tattoos and a malicious twinkle in her eye. Meet Harley Quinn, The Joker’s crazed girlfriend and accomplice, who finally makes her Batman film debut in Suicide Squad and is portrayed by upcoming actress Margot Robbie. Forget The Joker, we’re hoping Suicide Squad will finally do justice to the complex character that is Harley Quinn.

Throughout numerous comics, animation series and games, we’ve seen Harley evolve from being an obsessed, submissive psychiatrist in love with her patient (The Joker) to a violent, fractured super villain in a jester costume with her own superpowers. Her relationship with The Joker can be seen as one of the most twisted love affairs in comic history, comparable to that of a real-life Bonnie and Clyde or Sid and Nancy. She is often abused by him, yet is one of the only characters whom he ever shows affection towards. Although she starts out as being the “groupie” suffering from a severe case of hybristophilia, she occasionally turns against the object of her obsession in the later comics. Let’s take a look at her evolution from the moment she first appeared in Batman: The Animated Series to the upcoming David Ayer film Suicide Squad.

Unlike most other Batman characters, Harley Quinn wasn’t created by DC Comics, but made her first appearance in a Saturday morning cartoon show made by Paul Dini and Bruce Timm from Warner Bros. Animation. She was introduced in the Batman: The Animated Series episode “Joker’s Favor” in 1992, and is said to be inspired by Arleen Sorkin, an actress and college friend of writer Paul Dini. Sorkin once featured in a clown costume in the drama show Days of Our Lives and this allegedly triggered the idea of creating Harley Quinn as a female sidekick for The Joker. Harley, voiced by Sorkin with a thick, shrill New York accent, was given a similar red and white jester costume and became The Joker’s most loyal companion, willing to do anything for her puddin’

The character of Harley Quinn turned out to be so successful that Dini and Timm decided to base an entirely new comic book on her. The Batman Adventures: Mad Love tells us more about Harley’s origins as Harleen Frances Quinzel, how she was an intern at Arkham Asylum and how she fell in love with The Joker. Batman himself describes her as ‘as crazy as her lover, having a ‘playful exterior [that] hides an obsessive and dangerous mind’.

In The Batman Adventures, she still looks a lot like her previous harlequin self from Batman: The Animated Series, but her character is given more psychological depth, showing where her love for The Joker stems from and how far she is willing to go to win him over again after a fight, (by attempting to kill the Batman that is always coming between her and her man).  Mad Love was reprinted as a graphic novella in 1998 and the story was also featured in The New Batman Adventures (a continuation of Batman: The Animated Series).

In 1999, DC Comics decided it was time to add her to its own canon of comics and created the graphic novel Batman: Harley Quinn, that was part of the No Man’s Land story. Her character in the comic is more psychotic and violent than her quirky, flamboyant persona in the animation series, but unlike The Joker, she is still capable of showing remorse and kindness. She’s given a more revealing outfit and becomes best friends with Poison Ivy, who gives Harley superpowers that heighten her strength, speed and agility. Harley finally becomes a bit more assertive against her abusive boyfriend.

In the following years, Harley featured in numerous other comic book series, such as Gotham Girls (2003), Birds of Prey (2005) and Gotham City Sirens (2009), that focused more on her friendships and rivalries with other characters from the Batman universe (e.g. Catwoman, Poison Ivy and the Secret Six).

2011 marked a revolution in the world of DC Comics. It was the year that DC revamped all of its superheroes and villains in its continuing line of comic books. Harley Quinn was given an even sexier costume with her hair wrapped in pigtails dyed half-red and half-black. Her skin is also paler than before as a result of being tossed in a vat of chemicals by her loving boyfriend. More psychotic than ever, she is finally captured by Black Canary after a giant killing spree and forced to join the Suicide Squad, a group of super villains that is used by the US government in order to protect Gotham City. Will she ever be able to use her powers for the greater good or does she stay loyal to The Joker and his murderous tendencies?

As a fairly recent addition to the DC universe, it’s impressive how Harley Quinn has grown in popularity over the last 20 years. A whole new Harley Quinn comic book series was launched in 2013, written by Amanda Conner and Jimmy Palmiotti, in which Harley has started working as a psychiatrist again and is no longer connected to The Joker. Together with Power Girl, she fights crime in the neighbourhood, a friendship that recently got its own spin-off series (Harley Quinn and Power Girl, 2015). Harley also appeared in the four instalments of the Batman: Arkham video game series. In the recently released Batman: Arkham Knight, she has become one of Gotham’s most dangerous gang leaders in charge of The Joker’s former troops, having come a long way from the submissive character we know from Batman: The Animated Series.

With the release of the film version of Suicide Squad, we’re pretty sure even more people will convert to Harley fandom. Although she can appear bubbly and playful, she is a tragic and complex figure, in love with the greatest villain of all time who abuses and disrespects her. Early Harley Quinn did everything to please her man, but she’s a complex character with a split personality and conflicting wishes. She has slowly started breaking away from The Joker in recent DC releases and we can’t wait to see if the film will continue showing her evolvement.